What, to the descendants of those left out of the Declaration of Independence, is the Fourth of July?

What, to the descendants of those left out of the Declaration of Independence, is the Fourth of July? 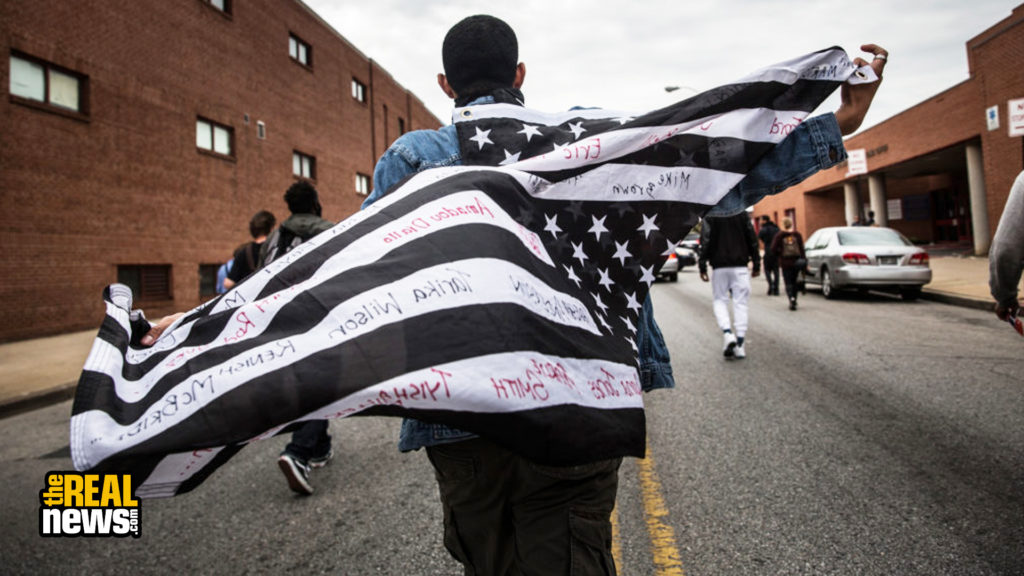 JACQUELINE LUQMAN: The 4th of July is celebrated as the day that the so-called Founding Fathers adopted the document that officially delivered the citizens of the former colonies of Britain from the tyranny and oppression of the Crown, and enshrined into law the establishment of the United States of America. The Declaration of Independence, written to announce and explain the colonies’ separation from British rule, boldly declared “…We hold these truths to be self-evident, that all men are created equal, that they are endowed by their Creator with certain unalienable Rights, that among these are Life, Liberty and the pursuit of Happiness,” in defiance of the subjugation imposed upon them by the British government.

It was a brilliant statement conveying a simple truth that no man had the right to deny another man the right to live, live free, and to live a life of their own fulfillment. But while they embarked upon securing their freedom from the oppression of the British crown, their commitment to private property rights and eliminating the influence of, and their obligation to, a foreign colonial government; half of the so-called Founding Fathers denied those very freedoms to human beings they enslaved. And it’s not as if they were unaware of their hypocrisy.

In his initial draft of the Declaration of Independence, Thomas Jefferson acknowledged slavery was against the principles set forth in the Declaration, but it wasn’t the colonists’ fault for enslaving Africans – it was the fault of the British for sending Africans to the colonies to be enslaved. This passage is not found in the final Declaration, because it was deleted, indicating that these men who are so highly regarded as heroes of this nation not only laid the foundation for the establishment of the United States based on the premise that the colonists’ denial of the freedom of Africans was the fault of the British, but they also relegated that issue as insignificant compared to the pursuit of their freedom.

It is this glaring hypocrisy that the descendants of those enslaved people who were left out of the Declaration of Independence have struggled with ever since. But it is one that Frederick Douglass noted in his famous address “What To The Slave Is The Fourth of July” that he delivered to the Rochester Ladies’ Anti-Slavery Society on July 5, 1852, just 76 years after the Declaration was written. He asks:

“Are the great principles of political freedom and of natural justice, embodied in that Declaration of Independence, extended to us?”

Sixty-nine years after the end of the War of Independence, or the Revolutionary War that freed the Thirteen Colonies from British rule, Douglass understood this blatant and damning hypocrisy of the celebration of the 4th of July, as he – a man formerly enslaved himself and an escapee from it – because not only were the enslaved not included in the Declaration of Independence when it was written in 1776, but the enslaved were not free when the Thirteen Colonies defeated their British masters in 1783, and they were not free when he made this speech! And those few Black people who were free, or not enslaved, were definitely not equal in American society.

“I am not included within the pale of this glorious anniversary! Your high independence only reveals the immeasurable distance between us. The blessings in which you, this day, rejoice, are not enjoyed in common. — The rich inheritance of justice, liberty, prosperity and independence, bequeathed by your fathers, is shared by you, not by me. The sunlight that brought life and healing to you, has brought stripes and death to me. This Fourth [of] July is yours, not mine. You may rejoice, I must mourn. To drag a man in fetters into the grand illuminated temple of liberty, and call upon him to join you in joyous anthems, were inhuman mockery and sacrilegious irony.”

Slavery would remain the legal reality in what the Founders established as the United States of America until the Civil War ended and the Emancipation Proclamation was signed on January 1, 1863. But even then, freedom was not immediate for the enslaved, as Texas did not officially end slavery until two and a half years later, on June 19, 1865. Union troops carried the news of emancipation throughout Texas, and beginning in 1866 Black people began to hold parades, picnics, barbecues, and gave speeches in remembrance of the day the news of the end of their enslavement reached the state. By 1900 the festivities had grown to include baseball games, horse races, street fairs, rodeos, railroad excursions, and formal balls. We, the descendants of those formerly enslaved, call this day Juneteenth, and it is the oldest nationally celebrated commemoration of the ending of slavery in the United States. We still celebrate it today.

But as we approach another July 4th, and the nation is once again facing the legacy of the original sin of not just slavery, but of the evil hypocrisy of denying liberty to some in the pursuit of establishing it for others, I can still hear Frederick Douglass’ voice asking, “What, to the slave, is the fourth of July?”

The Founding Fathers’ refusal to ensure the freedom of enslaved Africans as they established their own resulted in “compromise” legislation like the ⅗ clause in the Constitution that gave Southern slaveholding states most of the power in the House of Representatives, the fugitive slave clause that directed “free” states to return the enslaved who escaped to non-slave states back to their enslavement, and in individual states deciding to continue importing Africans to be enslaved while others chose not to.

The legacy of that original sin of relegating the freedom of another human being to irrelevance by those who themselves yearned for freedom from colonization has perpetuated centuries of policies that have produced the current society that is indeed two Americas, one white, one Black, and grossly unequal. The racial prejudices that allowed so-called learned men who valued freedom for themselves and their posterity to deny the humanity and freedom of Africans and their offspring has been passed down through the generations of policymakers and citizens alike in this country like freckles and eye color.

The beliefs that Africans needed to be enslaved because they were uncivilized beasts from an uncivilized land, had to be forced to work because they were lazy, could be bred like cattle to produce more slaves because they didn’t care for their children and were little more than animals, needed to be beaten and tortured into submission because they were naturally disobedient and criminal persisted past the Civil War and were transformed into vengeful white riots against Black bodies and the plunder of Black communities; those beliefs were the foundation for segregation and Jim Crow; the excuse for transforming slave labor into sharecropping; they were the logic behind criminalizing homelessness and vagrancy and the convict lease system. Those attitudes informed white American hatred of equal access to public accommodations, their violent resistance to the desegregation of schools, the unequal application of federal programs to help military members and lift the nation out of the Depression (New Deal). Those beliefs influenced unequal pay for Black people for the same job and same level of experience as White people, the unequal treatment of Black people in medical care, the unequal discipline of Black kids in every grade of school. Those racist beliefs that Africans enslaved by the Founding Fathers in the colonies yearning to be free did not deserve to be free from the colonists blinded the descendants of the colonists to the demands for justice for decades of violent white lynch mobs, the terrorism of violent and racist police – who were often members of the lynch mobs – the terrorism of disparate impact, and the terrorism of government-imposed and approved segregation in public housing, education, healthcare, the military, federal employment, home finance, insurance, and every aspect of post-Civil War American life that white Americans believe is equal and just, but that these people in the streets today are a continuing, living testimony to the fact that this society is not at all equal, and we are still asking: WHAT, TO THE SLAVE, IS THE FOURTH OF JULY?

But who is still a slave, you ask? WE are still slaves to this idea that this country was founded on the notion that all men are created equal, but the truth is that the principles of this country were written by men who did not intend that what they wrote should apply to those they enslaved, and we live today with the tangible inequalities that were written into the slave society that the ideology of American freedom was built on in 1776.

So what, to ME, the descendant of those excluded bondsmen, is the 4th of July? It is the day I am reminded that freedom did not ring for our people in this nation’s song of independence in 1776. Nor did it in 1856. I am reminded that we are bullied by the posterity of those men who wrote those documents, demanding that we join with them in commemorating a declaration of independence that did not include our ancestors, but we are called “unAmerican” if we do not. I am reminded that our people and our Indigenous brothers and sisters have fought for our freedom, justice, and equality long after those holy texts of American independence were enshrined into law. Today especially, I am reminded that we fight for freedom, justice, and equality in this so-called free country still. And I am rejoicing in this knowledge because I AM my ancestors, so I will fight on.

And we will be free.

What Can We Learn From the History of Struggle Against White Supremacy?