When a Cop Pulled a Gun on an Unarmed Teen, This Mom Fought Back—and Won

After an off-duty police officer pulled a gun on her 16-year old son waiting for a bus without saying he was a cop, Erica Hamlett successfully battled the system to have the officer held accountable

After an off-duty police officer pulled a gun on her 16-year old son waiting for a bus without saying he was a cop, Erica Hamlett successfully battled the system to have the officer held accountable 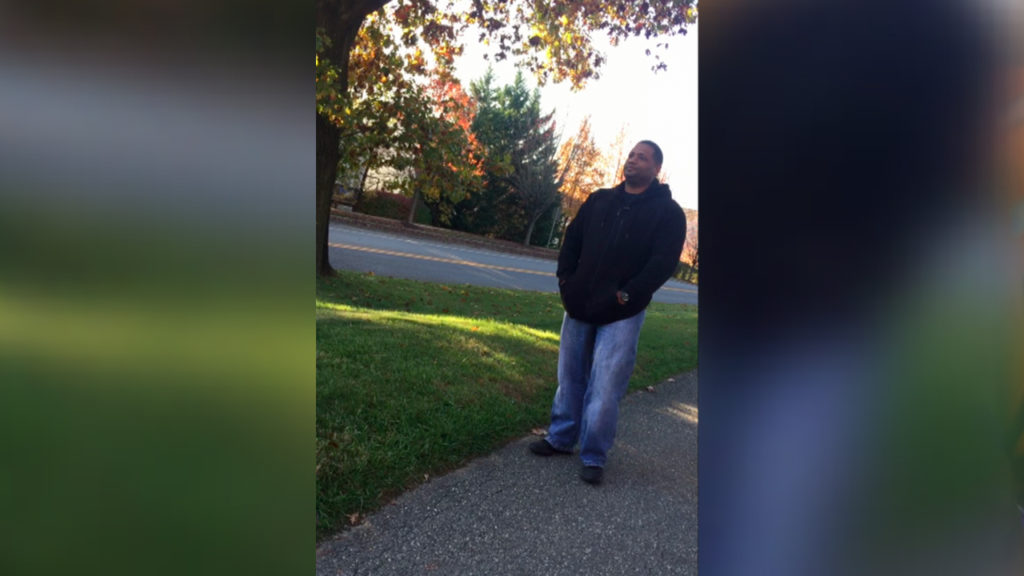 A mother fights to protect her son from an off-duty cop who pulled a gun on him, and this is how the city responded.

This is a video of a confrontation between an off-duty Baltimore cop who pulled a gun on an unarmed teen without saying he was an officer and the mother of a juvenile whose life he threatened.

ERICA HAMLETT: It’s like Black men are being hunted. And so, had my son died, they would have dug up any information they could have found to speak to why he would have caused his own death.

TAYA GRAHAM: The conflict happened shortly after Baltimore City police officer Damond Durant confronted the teen, who was waiting for a bus.

JAWONE NICHOLSON: He told me he was going to go find the police. I told him I don’t care, go ahead. I’d rather you do that than you take matters into your own hands. Then when he stepped over, it escalated.

TAYA GRAHAM: The officer said nothing about being a cop and told a judge later, during a peace order hearing, he pulled his gun because the juvenile, Jawone, “looked like trouble.” But the teen’s mother, Erica Hamlett, stepped in and refused to back down from the gun wielding officer.

So I know that he would have killed my son, he would have told the story that my son was the aggressor and he forced his hand to kill him.

STEPHEN JANIS: And that’s what they do to other victims, right?

STEPHEN JANIS: What did they do?

ERICA HAMLETT: After they killed them, they made them the perpetrator.

TAYA GRAHAM: Waiting until Howard County police disarmed him. It’s a near deadly encounter that might have been ignored by a police department that has spawned numerous corruption scandals and is currently under federal consent decree. But this is a story about a mother who refused to let that happen.

ERICA HAMLETT: This particular police officer broke somebody’s jaw a few years ago. The city paid out a large settlement to the suspect. And then, here is this incident that occurred with my son. So to me, it makes the officer feel like “I can do what I want with no accountability,” and then it makes citizens like myself feel like officers are never held accountable for the things they do, so why even speak up?

TAYA GRAHAM: And it’s a tale about the power and necessity of civilian oversight, because it was Hamlett’s determination to hold the officer accountable that has resulted in a rare outcome, internal charges against the officer. In this letter, sent after we first reported her story, the police department says the evidence was sufficient to charge Officer Duran internally. It’s a small victory for Hamlet and her son that did not come easy.

ERICA HAMLETT: Oh, when they laughed and said, “We heard about this, at least he didn’t die,” and then the way the conversations would go when the detective from internal affairs would call me on the phone made me feel like this is just, it’s a really unsafe process.

TAYA GRAHAM: In fact, her tale of the pushback by police at every step of the process belies the promises made by city officials after the city entered a consent decree with the Department of Justice.

ERICA HAMLETT: I had a sit-down conversation–I have an older child, my daughter, she’s 26. I had a sit-down conversation with her and her spouse and my mother and my son and my step kids about keep your registration in the car on hand, keep your driver’s license out, put your hands on the wheel if you are pulled over, because we don’t know to what extent this will go.

TAYA GRAHAM: And as Hamlet explains, the outcome of that process will never be made public.

ERICA HAMLETT: And that can mean anything, because that’s the part that the public doesn’t have privy to. We won’t know what that is, how they decided to hold him accountable or how they so decided to punish him.

ERICA HAMLETT: No, it’s not fair.

STEPHEN JANIS: Why not?

TAYA GRAHAM: It’s a flaw in the system that even city officials admit keeps police misdeeds secret and the public that they serve in the dark.

ANDRE DAVIS: Nobody ever finds out about the outcome of a trial board. Imagine you happen to be in City Hall one day and there’s a trial board going on the second floor. And you happen to just wander into the room and you see this proceeding going forward, some kind of hearing. You won’t know who it is, you won’t know what the charges are. You have to sit there for the entire hearing and listen carefully, because if they don’t mention the officer’s name during the proceedings, if they use a term like “respondent” or “the officer” or “the accused,” you’ll never find out what the officer’s name is.

TAYA GRAHAM: We asked the police department to learn if Durant had been suspended, but we have not heard back. We also reached out to his lawyer, who did not respond. For now, Hamlett says she will continue to fight, in part because of how close her son came to joining the ranks of unarmed Black men shot and killed by police.

ERICA HAMLETT: My son could be a Mike Brown. And they’ll go back and they’ll dig up anything they could possibly find to support the story to make the officer right.

TAYA GRAHAM: She also feels compelled to try to reform the process that allowed police to sully her character and her sons’ after they filed a complaint. It’s a struggle she says must succeed to ensure that African American men and the people who care about them can live in peace.

ERICA HAMLETT: Everybody would say, “we heard your story” or “we heard about your son.” And that seems to be the only reason why I got the kind of responses that I got, was because I just wouldn’t shut up.