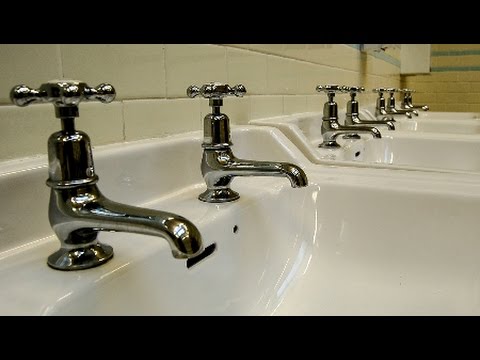 In advance of his address to Congress on Tuesday February 28th, this is Donald Trump we’re talking about, major national advocacy groups and individuals reacting to his anti-environmental pro-fossil fuel agenda are joining together to hold a resistance address, “Defending American Values in a Time of Moral Crisis.” That is the title of it.

Thousands are expected to participate in the rally, both in front of the White House, and live-stream, before Trump gives his address to a joint session of Congress. And with us to discuss Donald Trump’s addressing Congress, sort of informally, or rather not as a formal State of the Union, and the D.C. rally, we are joined by Wenonah Hauter.

She is the author of, “Frackopoly, the Battle for the Future of Energy and the Environment”. She’s also the founder and Executive Director of Food and Water Watch, which is the first national advocacy organization to call for a ban on fracking.

WENONAH HAUTER: I’m so glad to be here.

KIM BROWN: So, the event is on Tuesday, with your organization Food and Water Watch, as well as the ACLU, Move On.org, Civic Action, Reverend Lennox, Yearwood, Junior’s Organization, The Hip Hop Caucus, taking place before Donald Trump’s first address to Congress.

It’s being called a resistance address, “Defending American Values in a Time of Moral Crisis”. So, talk about what you mean by, “American Values”.

WENONAH HAUTER: Well, what we mean by American Values is what we believe that most Americans believe. They believe in acceptance and tolerance. And we believe that the discriminatory policies that Donald Trump is going to lay out on Tuesday night really don’t represent most Americans. They don’t want to see people put in harm’s way. They don’t want to see our shared values undermined, equality undermined, and a dangerous agenda laid out for the environment.

So, we’re very excited, this rally is really coming together at the last minute. We went down and applied for permits several weeks ago. But we only found out on Wednesday, so less than a week before the rally, that we would be permitted to be at Lafayette Park, across from the White House. And today, we also learned that our march has been permitted.

KIM BROWN: Wenonah, when your group initially applied for the permits to do the rally in Lafitte Park, and the inevitable march, did you know that Donald Trump was planning to address Congress on this date?

WENONAH HAUTER: Well, yes. That’s in fact, why we applied for permits. And we first applied to get a permit at the Capitol, and were told that it wouldn’t be possible, although, we were able to keep a very small space, that the Capitol Police considered for a permit, that we are getting for the end of our rally.

But we were told, basically, that the only space available would be at Lafayette Park. And it is small, much smaller than we had initially hoped to get. But we really feel that a lot of people are going to be able to participate in this, through the live-stream.

KIM BROWN: One of Trump’s long-time adversaries, actress and comedian, Rosie O’Donnell, will also be taking place in the rally. She’s also been a long-time advocate for LGBTQ rights. So, are we seeing a coming together of different social movements?

For example, LGBTQ activists and immigrants’ rights groups, joining with environmentalists and indigenous activists, on a scale that we have not seen before, united against the current administration’s anti-progressive agenda?

WENONAH HAUTER: Yes, absolutely. And we also have, Our Revolution, the National Nurses’ Union, and many, many others. I think that the only bright side of the Trump election is the outpouring of support for organization.

Volunteers who really want to go out, and work against the Trump agenda. And really, for the first time that I have worked in Washington, and I’ve been here a long time, you can really see different groups who represent different constituencies. And in fact, different movements coming together and planning events like this; planning the giant rallies that we’re going to see in the coming months.

And also, I think that for those of us who actually do electoral work, you’re going to see a real coalition come together to focus on the 2018 elections. And the elections down the road, in fact, not only for Trump, after the redistricting takes place, so that we can really start to change the politics of this country. And of course, we need to do something about the State Legislatures, who really determine the districts for the members of the House of Representatives.

And I think that we have a House today that is actually not representative of most Americans’ values.

KIM BROWN: So, let’s talk a little bit about the possible content of Trump’s speech to Congress. I mean, Donald Trump is seeking, what he calls a historic increase in the military spending, of more than 9%, which is a huge rise. And will seek to boost Pentagon spending in the next fiscal year by about $54 billion in his first budget proposal.

I mean, officials familiar with Trump’s proposal said that the defense increase would be financed by cuts to the State Department, and the EPA, and other non-defense programs.

So, is there a terrible irony here, in that climate change is acknowledged by the Pentagon as one of the key drivers of national and international security, but we’re seeing cuts to these agencies, such as the EPA, while military is getting a big boost?

WENONAH HAUTER: Yeah, it’s really unbelievable and outrageous. And we know that already more than 50 cents out of every tax dollar goes to the military. And now Trump is calling for this huge military build-up, at the same time that he’s decimating the Environmental Protection Agency.

And I think that this is probably going to come back to bite him at the state level too, because while he talks so rhetorically about regulations and the environment, actually a lot of the EPA budget goes back to the states. To learn really necessary programs, to protect residents. So that they have safe drinking water, so that they’re not getting lung cancer from radon, many, many common sense programs.

So, I think that once people realize what these massive budget cuts to EPA actually mean, there’s not going to be the kind of support that he’s hoping for. And you know, at Food and Water Watch, we’ve often been critical of the Environmental Protection Agency for not being strong enough, especially in standing up to the fossil fuel industry.

But I think we all recognize that we need an Environmental Protection Agency; that it should be strong. It should be well funded, and there is going to be an on-going fight-back against the war that Trump has declared on the environment, and on the EPA.

KIM BROWN: So, the new fossil fuel friendly head of the EPA, Scott Pruitt, and Donald Trump, are rumored to be poised to gut federal regulations, to protect clean air from greenhouse gases and other chemical pollutants and to decimate clean water rules from industrial waste.

So, would the argument being that these regulations have negative impacts on business and the economy, but if one factors in the financial costs of the health impacts, does that argument breakdown in your opinion, Wenonah?

WENONAH HAUTER: Oh yes, absolutely. And in fact, what this is going to do is further decimate our public water systems. And I think that most Americans would agree, that we should have safe tap water for everybody to use, for bathing, and for drinking. And the idea that we’re not going to have rules around safe drinking water, it’s just crazy. And in fact, the rules that the Trump Administration are destroying, that have to do with preventing pollution for different waterways, this is also going to impact drinking water.

And one of the things that we have really noted, is that if the money that Trump wants to spend on the wall — so, we’re talking about $25 billion — if that money could be spent on water infrastructure, like improving the lead surface pipes that go into, up to 22 million Americans’ homes, that could all be fixed for the same $25 billion, including all the lead pipes in Flint.

So, it’s really an outrage, the way that he’s going to waste public tax money, and not address the real problems in this country. I mean… and just think about lead poisoning for children, and the long-term impacts of that. That is a real irony, I think, in all of this.

KIM BROWN: So, talk a bit more about what the message that you would like to send to Donald Trump, and Congress, in terms of their agenda and the effects that it could have on the American people; and what kind of policy, that we need to be investing in and safeguarding against, at the same time, in order to ensure a sustainable, healthy future.

WENONAH HAUTER: Well, you know the reason that we have invited a broad base of constituencies, from groups representing Muslims, and Jews; to NARAL that represents pro-choice women, the National Nurses’ Union, Our Revolution, many other groups, is that we have a shared progressive agenda. We want the kind of world that has a real acceptance and that offers equality.

And we don’t want to see, what we believe are the values of most Americans, be undermined by the Trump agenda. Both by the hate speech, and by budget cuts, and all of the terrible things that he has been promising to do, and already has been doing, regarding immigrants, the environment.

KIM BROWN: Wenonah for those who can’t be in Washington on Tuesday, February 28th, where can they live-stream the rally and the subsequent march?

WENONAH HAUTER: Well, the best place to find information is at our website “Food and Water Watch.org”; at the top there is already information, and we’re going to have all of the live-stream information there as well, as we finalize our plans.

KIM BROWN: Indeed. Well, we’ve been speaking with Wenonah Hauter. She is the founder and Executive Director of Food and Water Watch. On Tuesday, February 28th, Donald Trump will give his first address to a joint session of Congress. At the same time, a resistance address, “Defending American Values at a Time of Moral Crisis” will be happening at Lafayette Park, in Washington D.C.

You can stream it, as Wenonah just told you, at Food and Water Watch.org. Wenonah, we appreciate you joining us. Thank you so much.

WENONAH HAUTER: Thank you for inviting me.