Bernie Sanders' near-victory in the Democratic primary despite no corporate support was a first in US history, and proved that small money and a substantive message can succeed, says Thomas Ferguson of the University of Massachusetts

Bernie Sanders' near-victory in the Democratic primary despite no corporate support was a first in US history, and proved that small money and a substantive message can succeed, says Thomas Ferguson of the University of Massachusetts 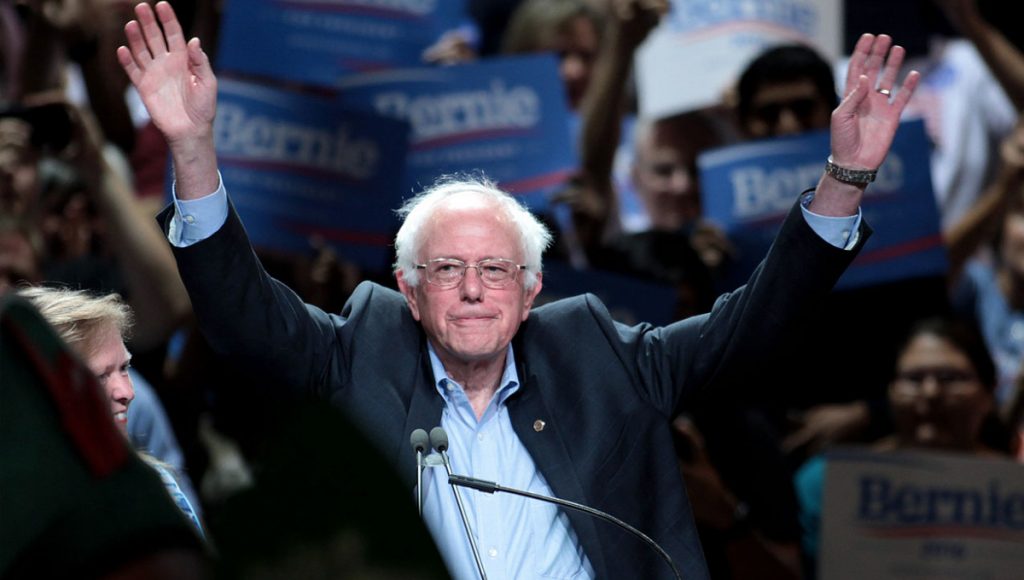 AARON MATÉ: It’s The Real News. I’m Aaron Maté. Donald Trump’s improbable victory in 2016 was not the only unusual thing about that race. There also was the fact that, during the primary, Bernie Sanders got close to winning the nomination of the Democratic party, despite having no support from corporate America. That, my next guest says, is unprecedented in US political history. That’s one of many details tracked in a new study, called Industrial Structure and Party Competition in an Age of Hunger Games: Donald Trump and the 2016 Presidential Election. I’m joined now by one of the study’s three co-authors, Thomas Ferguson, Professor Emeritus of Political Science at the University of Massachusetts Boston.

Professor Ferguson, so, in part one, we talked about the many factors that helped propel Donald Trump to victory and how unusual, perhaps, they are. Talk about Bernie Sanders. You say that his run too, his campaign was also unprecedented.

TOM FERGUSON: Look, if you look at most political science writing on the election, they say, “Hey, the 2016 vote looks like the 2012 vote,” and that’s true, until you start looking closely. And if you’re just looking at votes, you’ll never find very much there but if you start to look at the way money starts coming in for people, it’s like a different world.

Now, my two co-authors and I, that’s Paul Jorgensen and Jie Chen, we looked in detail at Sanders’ campaign, and for that matter, everybody else. And the striking thing about the mobilization rates there, I’ve been studying political money for a long time, we’ll just leave it at that, and I have never seen a major campaign was successful, and I regard Sanders’ campaign didn’t win but it was hugely, it came out of nowhere, and made a very strong effort. That campaign had 59% of its money coming from donors contributing less than 200 dollars and basically, as our tables show that there wasn’t any big money in the Sanders campaign. He got some small money from people, three, 400 dollar contributions, 500, and the occasional thousand, from pretty obviously younger people from Silicon Valley, or something. But there is no major company putting lots of money into him and relatively few unions, too, a point that is quote worth a discussion some other time, maybe.

But I’ve never seen anything like that and if you’d asked me… before the thing, “Would this have been possible,” my answer would have been, “I don’t believe it! No!” But he did it. I think, in that respect, there’s a mammoth lesson here, which is that we know for sure now that you can launch major campaigns, at least inside the Democratic party, on the basis of small money. You don’t have to go to big donors. You don’t need them at all. Now, if you’re willing to do a campaign like that, that opens up, you can talk about issues that you simply cannot if you take big money. From single-parent health insurance to getting money out of politics, to not have a foreign policy determined by Henry Kissinger and friends.

That was another point that Sanders did. And you don’t have to have politicians who think it is their normal birthright to just take hundreds of thousands of dollars from Wall Street. You don’t need that stuff and that’s a powerful lesson. I daresay, this is to go just beyond paper, which is a clinical sphere, would tell you what actually seems to be out there but that’s probably the big issue for the Democratic party in the 2018 elections. Are you going to stick with the big money approach that has been unanimously popular among all party leaders for decades or are you going to try to emulate the Sanders approach? And I daresay, as…I think Lee Fang at the Intercept showed the other day, Democratic congressional campaign committees literally expressing a preference for the big money approach. You know-

AARON MATÉ: That’s right, professor. In state after state, we interviewed Lee Fang and he pointed out that, if state after state when progressive candidates are organizing, they’re entering the ring, they’re getting some momentum going, that, repeatedly, he said the D-triple-C, the main Democratic leadership wing and affiliate groups are coming in to undermine them, and pick corporate candidates with the parties’ sole concern, the main concern being who can fundraise the most money. All this tracks with your famous term, the Golden Rule, the topic of your famous book, which says, essentially, that the Golden Rule of politics is that it’s investors and big money that shape not just the candidates but the agenda.

TOM FERGUSON: Yup. I’m not taking any of it back. I have not, listen, I have listened to political scientists, sociologists in the 1980s and ’90s talking to me about the independent state. I said, “You guys have to be crazy. This is the biggest wave of money politics you’ve ever seen.” That turned out to be 100% dead on.

AARON MATÉ: Okay, so, is it sustainable for the Golden Rule to be challenged in the Sanders mold? In the absence of, something we talked about in part one, which is a very weak labor movement right now in the US

TOM FERGUSON: Okay. It’s not just weak. My colleagues and I are looking more intensely at what labor’s done with its political money over the last decades, actually. And that’s a little early to make big sweeping pronouncements but if you just look at 2016, big chunks of organized labor sat out the Sanders campaign. They had decided in advance that Clinton was going to win the thing and they… I doubt she’d have won Iowa without the… and I’m not claiming that’s grounded in a deep study but I did look at that.

Let’s just come right down to the heart of it. As we also say in the paper, why was there this vast popular mobilization on both the Republican and Democratic party sides? And our answer is that the spread of the low-wage economy, just decade after decade, has now reached a point where it is massively threatening the large numbers of people, and, as you can see, there’s a discussion on, for instance …the mortality rates among poorer whites, in particular, have attracted a lot of attention,because they’re going up and up, which most of the rest of the world has shown should be going down and down.

TOM FERGUSON: Yeah, it is definitely, absolutely tied in, in all probability. Shannon Monnat, somebody I know, and a researcher working on that, and the… case of… work on that is also fairly well-known. Yeah, I don’t disagree with that at all but here’s the point. It’s unbearable for most people. Enormous numbers of them, now, are really being squeezed and nobody in either party, except Sanders, was talking about this stuff, as far as Trump. Now, you notice what Trump did. He would not go in and give you a 40-point plan, the sort of Hillary Clinton-type stuff that was useful, helpful but peripheral in the end, never naming the problem. Trump would just go in there and he said, “I’m going to make America great again! Imports have wrecked your jobs,” et cetera. Sanders was making a very strong economic pitch right at the heart of it and people responded. You get the people that appeal like that and Sanders proved he can do it without, you don’t need to run against immigrants on the basis of race or any of that junk. You can do it and he did.

Now, the problem in analyzing current politics is the national Democratic offices run on big money. I mean, that’s just basically, they all expect to live sort of like, I’m tempted to say second rate CEOs because of first-rate ones… on the ball, if they felt like it and sometimes do. And so, the national Democratic organizations aren’t going to do much but around election time, when you get actual candidates running out there, you can get something to happen. And if you can get the appeal, there’s some big race in Pennsylvania right now, and, what’s it, the 18th district? The one not too far from Pittsburgh? And there are others around the country but you have to float actual candidates with a message. What’s missing from the Democratic party right now is a message!

Last night, they gave the State of the Union response to Joe Kennedy. Well, Joe Kennedy’s one of the few House Democrats that hasn’t signed on to single-payer. So, hey, what’s up here? This is basically straightforward but I’d say this: anybody who tells you that the primary issue in America over the next three years is anything but, “How do you get the population as a whole out of living in the low-wage economy?” is just talking nonsense. They are basically, trying to just smoke you.

AARON MATÉ: We’re going to leave it there. The study is called Industrial Structure and Party Competition in an Age of Hunger Games: Donald Trump and the 2016 Presidential Election. Our guest has been one of the three co-authors, Thomas Ferguson, Professor Emeritus of Political Science at the University of Massachusetts Boston. Professor, thank you. 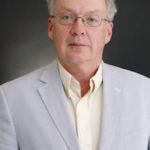