What Bernie Should Do – Voices From Sanders Brooklyn Rally

Bernie Sanders held his first official 2020 campaign rally in Brooklyn, NY on Saturday, in front of an enthusiastic crowd. Supporters spoke to TRNN about what they hope from him this time around

Bernie Sanders held his first official 2020 campaign rally in Brooklyn, NY on Saturday, in front of an enthusiastic crowd. Supporters spoke to TRNN about what they hope from him this time around 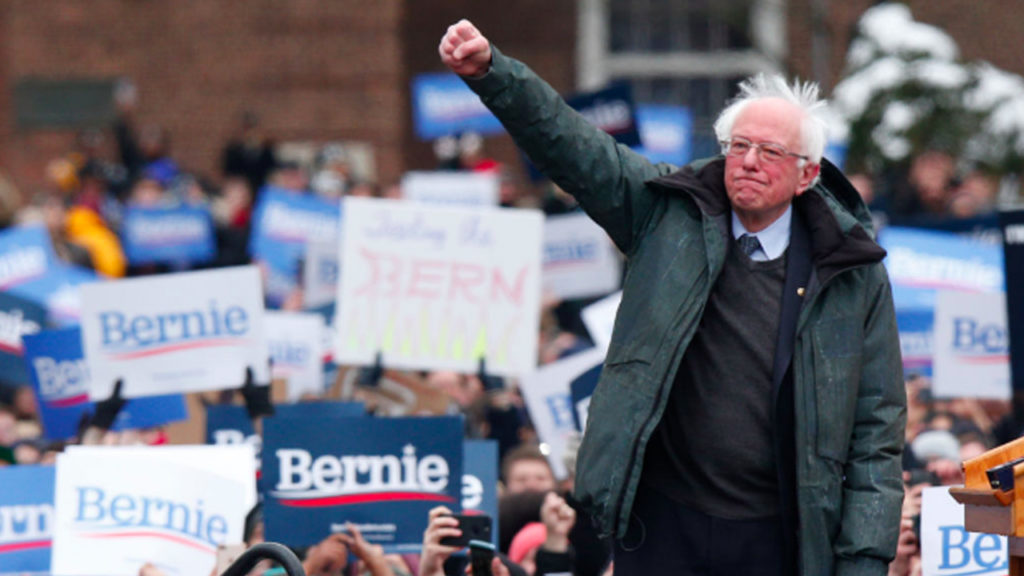 NARRATOR: Today in Brooklyn, New York, Bernie Sanders held his first campaign rally since announcing his intention to run for president in the 2020 election.

NARRATOR: Before he spoke, we asked his supporters if they had feedback for him–what he should do that is different from the 2016 elections. What are people interested in hearing more of, and how does he win over more voters than he did in the last election?

BERNIE SANDERS SUPPORTER: Sick to your core values and try to reach out to the middle.

BERNIE SANDERS SUPPORTER: Reaching out to communities, people of color.

BERNIE SANDERS SUPPORTER: Get away from the whole idea he’s, like, a socialist, because I think people think sometimes it’s like, you know, the China thing going on.

BERNIE SANDERS SUPPORTER: And no one has ever mentioned helping the homeless and building more affordable housing, and that seems to be an issue.

BERNIE SANDERS SUPPORTER: Bernie needs to address reparations in a way that no other candidate is doing.

BERNIE SANDERS SUPPORTER: In order to get more support he does have to do more outreach to communities of color.

NARRATOR: Judging from their answers, it seemed as if his core audience was getting exactly what they wanted.

BERNIE SANDERS SUPPORTER: Our narrative has become the mainstream narrative. And what I like most about Bernie is his belief in the people, as opposed to corporations, being the beneficiaries of the wealth in our country.

BERNIE SANDERS SUPPORTER: He’s in it to win it this time. I think that’s a better thing.

NARRATOR: The 2020 version of Bernie Sanders is speaking more explicitly about racial justice-

BERNIE SANDERS: Black and white, Latino, Asian American, Native American, gay and straight. Young and old. Men and women. Native born and immigrant. We are together. And together we will transform this country.

NARRATOR: About his past and personal story, and about foreign policy and the military industrial complex.

NARRATOR: The people we spoke to were obviously here to support their candidate. But there was a surprising level of maturity about how Bernie could do better. It looks like when he says it’s not him, it’s his followers who are in the lead, he’s right.