‘We can’t flush our toilets, we can’t take baths, it’s a crisis situation’ 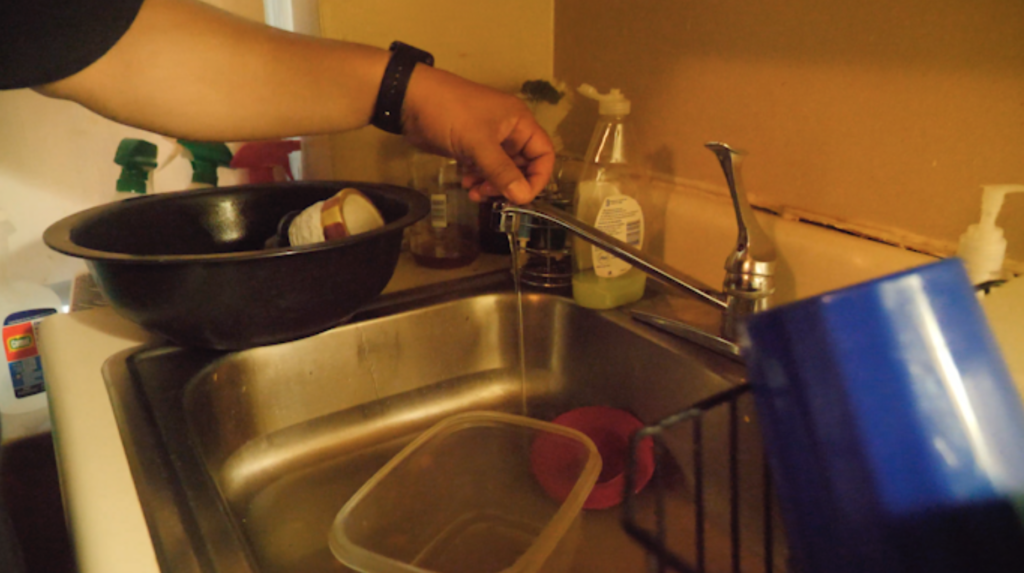 JAISAL NOOR: Just 40 miles from the nation’s capital and a little over a mile away from City Hall, residents of the Edgar Allan Poe homes in West Baltimore say they have not had adequate running water for the past week.

NAJI, POE HOMES RESIDENT: It’s a trickle. It’s coming out … Like I said, we can’t even flush our toilets. We can’t take baths. So it’s a real, right now, crisis situation. And I’ll show you.

JAISAL NOOR: City officials announced water was restored late Saturday. But as one resident showed us, the water pressure remains very low. Water is just trickling out of this faucet.

MOHAMMED ALI, POE HOMES RESIDENT: The pressure may not be up to optimum until, you know, it’s unknown. So that’s why they offered residents to be relocated.

JAISAL NOOR: Many said the conditions would not be tolerated in more affluent areas. Volunteers have stepped up with donations, food, and even mobile shower facilities.

RICH AKWO: The stall has its own shampoo, soap, and conditioner. They get their towels, they go in there. I’ll open up a stall for you so you can actually take a look at it. Enjoy the view. You see, we make it as homey as possible. The water main break happened Sunday night until Monday morning. And from what I was told, the city did not respond till Thursday, Friday. So it’s almost five days before the city had any resources down here to come to help the people. Quite unfortunate. No city in America should have to deal with this type of crisis for so long. Yeah, things happen. But it’s been a week. And so my question is what is the city, you know, do they have the proper resources to tackle this problem and bring it to an end?

JAISAL NOOR: But the failing water lines point to decades of disinvestment from public housing, exacerbated by slow response from city officials.