Will the E.U. Hold the U.S. Accountable for Torture?

Vijay Prashad says the torture report is unclear about the chain of command, but the international community is making moves to hold those in power accountable

Vijay Prashad says the torture report is unclear about the chain of command, but the international community is making moves to hold those in power accountable 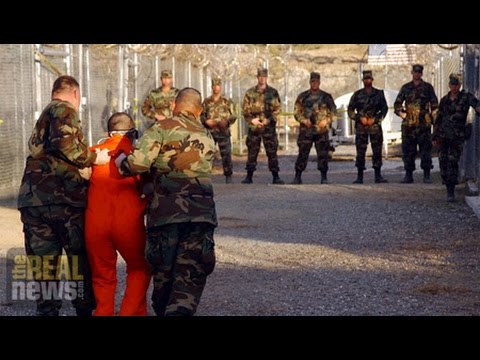 JESSICA DESVARIEUX, TRNN PRODUCER: Welcome to The Real News Network. I’m Jessica Desvarieux in Baltimore. And welcome to this edition of the Prashad report.

Now joining us from Northampton, Massachusetts, is Vijay Prashad. Vijay is a professor of international studies at Trinity College, and his most recent book is The Poorer Nations: A Possible History of the Global South.

DESVARIEUX: So, Vijay, this week the Torture reports executive summary came out. I know you’ve been reading it, more than once, you told me off-camera. Tell us, what really stood out to you in this report?

PRASHAD: Well, here is the report. It’s an extraordinary document. It’s perhaps best put next to the Church Commission report, which criticizes the CIA for its covert activities. That came out in 1975. This report in a sense is part two. But it’s a very specific subject, which is the post-9/11 extraordinary rendition and torture program run by the CIA.

You know, most of the detailed stories were well known beforehand. I mean, people might have read Jane Mayer’s very fine book, The Dark Side, which in 2008 cataloged much of the kind of internal discussions in the Bush White House, the so-called torture memos, put together by people like John Yoo, their discussions inside the CIA, people like Cofer Black in conversation with John Ashcroft on one side, George Tenet on the other. And, of course, in the middle of all this was Dick Cheney.

But there is something about this Senate report that’s really quite disturbing. One is the level of detail. It details the kind of torture conducted. And, by the way, there is no doubt about it after reading the details of the report that what was done was not enhanced interrogation but was actually torture. You know, there is no question, when you look at the small print, the actual ways in which human beings are handled. So there is that on the surface.

So the report is very significant, because it lays out in excruciating detail what had been happening, and it shows that the CIA was well aware that what they were doing was outside the bounds.

And one thing about this, I think, that’s very important: where the report fails is it doesn’t actually tie a proper chain of command. It puts a lot of the blame on the CIA. And it’s not clear that this is simply or merely the CIA going outside the lines, drawn by the political elite. The CIA seems to have been following somebody’s orders. But that’s not clear in the report. It looks like the CIA was bumbling. There is a defense already inside the report that suggests that the CIA was in uncharted territory. And two psychologists on independent contract were paid $81 million to essentially produce the mechanism or the techniques of torture. I find this part of the report a little less credible.

DESVARIEUX: Okay. So, Vijay, you mentioned that, there not being a clear chain of command. Is that partially because then you can’t really hold people accountable?

PRASHAD: Well, this is an interesting question. Already the UN high rapporteur on human rights has suggested that the United States, being a signatory to the Convention against Torture, has to act on the basis of this report. You know, whether there is a chain of command established or not, the United States has itself now said that it has conducted torture, and therefore the government has to in some way act. So there is no question that on the international terrain there is a call for accountability.

Now, in the report they suggest that the president–in other words, George W. Bush–was unaware of the actual mechanisms of torture until 2006. It now appears that Cheney says this is not true. Well, that needs to be resolved somewhere. But there’s no question that even though there’s no direct chain of command established in the report, there are indications of complicity at the very highest level. So if there is going to be accountability, I think there is enough evidence here for some people to at least be brought up before some kind of tribunal.

And I should say on the other side, if the United States is not going to act, the European Union is certainly going to act, because now there’s direct evidence that Poland, Lithuania, and Romania had been destinations for black sites where torture was conducted with the knowledge of those governments. So it’s clear that the Council of Europe report that was created by Dick Marty in 2007 was not able to fully establish the complicity of these governments. Now that is clear from this report.

So if there’s no internal accountability in the United States, there’s certainly going to be some serious legal challenges in Europe.

DESVARIEUX: Alright. Vijay Prashad, joining us from Northampton, Massachusetts, always a pleasure having you on.