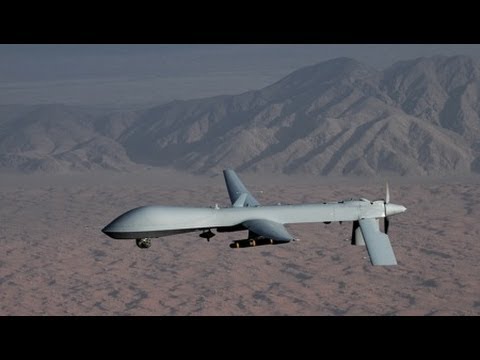 PAUL JAY, SENIOR EDITOR, TRNN: Welcome to The Real News Network. I’m Paul Jay in Baltimore. And welcome to this week’s edition of The Prashad Report with Vijay Prashad.

Vijay is a professor of international studies at Trinity College in Hartford, Connecticut. His latest books include Uncle Swami: South Asians in America and Arab Spring, Libyan Winter. Thanks very much for joining us again, Vijay.

PRASHAD: Well, this is an interesting week for perhaps the question of international law. The first issue certainly was that in the United Nations the government of Israel and the government of the United States, as well as its few allies, were not able to stop Palestine from getting non-member observer status, which is quite a formidable thing in and of itself. It allows the Palestinian leadership, if they have some will and strength, to take the Israelis to the International Criminal Court. It allows them to, you know, make objections directly to the UN Human Rights Council.

But after all this was done in New York, the government of Israel did two things that were quite extraordinary. One, it has decided to hold off allowing taxation that it collects on behalf of Palestine, up to the tune of about $120Â million. Israel wants to withhold that money from the Palestinian authorities.

Secondly, Israel announcedâ€”and then was shocked by the reactionâ€”it announced that it was going to go ahead with a new set of settlement building on so-called envelope E1. What’s important to remember is right now the Palestinians who live outside the state of Israel in the occupied territories hold about 18Â percent of the land of historical Palestine. You know, that’s very significant. That 82Â percent is now in the control of the government of Israel. Of that 18Â percent, the Israeli government decided as revenge for the UN vote to start opening up this envelope E1, you know, and to consider building 30,000 homes in this area, these settlements.

The question of settlements is extremely fraught. This summer, the UN sent a fact-finding mission under the leadership of a very eminent French judge. The government of Israel blocked that, you know, fact-finding mission from entering Israel in the occupied territories. That fact-finding mission had to close up its task in October having not visited the region. It was very disappointing for the chairperson. So Israel has snubbed its nose at the UN at questions about the violations of the Fourth Geneva Convention.

You know, when you occupy a land, you’re not, technically, supposed to go and settle it. That’s called settler colonialism, and that’s pretty much what Israel has been doing with the settlements. So this is the first thing. It was a major blow at the architecture of international law when Israel, having lost the vote in the UN General Assembly, decided, as it were, to take revenge not only on the Palestinians, but on the framework of international law.

JAY: And, of course, they can do this because they do it with impunity in terms of their relationship with the United States.

PRASHAD: Well, the United States government, you know, any time there has been an attempt in the UN to censure Israel, the U.S. government comes out with all guns blazing. And, in fact, when this settlement dispute was taking place, the United States government not only attacked the empanelling of the fact-finding mission, but it decided to go and attack Richard Falk, who is the UN special rapporteur on Palestinian relations. You know, they decided to attack him, you know, questioning his credibility. I mean, here is a U.S. citizen, a professor, you know, at Princeton University, then at UC Santa Barbara; nonetheless, the U.S. government decided to go after Professor Richard Falk as part of this attack in general on the UN and on the attempt to study the question of settlements and international law.

JAY: And what else have you been following this week?

PRASHAD: Well, right when the question of, you know, the nonmember observer status for Palestine was being discussed in the UN, the Obama administration sent the leading Pentagon lawyer to Oxford University in Britain, Mr.Â Jeh Johnson, to talk about its new approach to the war on terror. And this is linked to the settlement question, because even here various issues of international law have been raised.

And now Jeh Johnson went to Oxford, you know, to take the defense on the international stage. At Oxford, Mr.Â Johnson essentially said that the United States has run its military attack on the war on terror to completionâ€”almost. He said we’re at the tipping point. In other words, no longer do we need a military program against al-Qaeda. What is now necessary is an intelligence and policing program against al-Qaeda, which has been degraded.

On the surface, this should be welcome, that the U.S. has finally come to terms with the idea that counterterrorism is not a military strategy, it needs to be a policing strategy. You know, that is what people on the left had been saying right after 9/11, that you must consider the attack on 9/11 as something that requires a police action, not a military response. But Mr.Â Johnson was essentially doing a little semantic game. What he means by police action is the use of special forces, on-the-ground intelligence, and of course drones.

You know, the Obama administration has multiplied, has exponentially increased the use of drones, and they believe that dronesâ€”or, you know, what some people now call the air force of counterterrorismâ€”these drones must be utilized to attack targets anywhere around the world at any time at the United States’s choosing, meaning there should be no global architecture that constrains the United States from using unmanned aircraft on a global battlefield.

The question was asked of Mr.Â Johnson, now that 76 countries around the world have drone technology, would it be acceptable for any country to operate by the same standard as used by the United States, which is that they can use their drones anywhere on this global battlefield at any time? I mean, imagine, for instance, if the Russians were asked by the Assad administration in Syria to fly Russian drones above Syrian air and attack people that Mr.Â Assad considers terrorists. You know, this is in a sense parallel to what is occurring in Yemen, where Mr.Â Hadi’s administration has invited the United States to fly drones over Yemen and strike at what Mr.Â Hadi considers terrorists.

So this is a very serious matter, inflation of a kind of, you know, ruleless warfare. And Mr.Â Johnson, who’s the leading lawyer at the Pentagon, was quite cavalier at Oxford and on BBC’s HARDtalk, once again disparaging the importance of human rights law, disparaging questions of international law, by saying simply that the United States is in compliance, that other people must not act in this way. In other words, the U.S. can do it, but others cannot.

JAY: And thank you for joining us on The Real News Network. Don’t forget, we’re in our year-end fundraising campaign. Every dollar you donate gets matched. So the Donate button over here, if you don’t click on it, we can’t do this.

March 2, 2020
Sign Up for Our Newsletter
Help Us Make Real News!