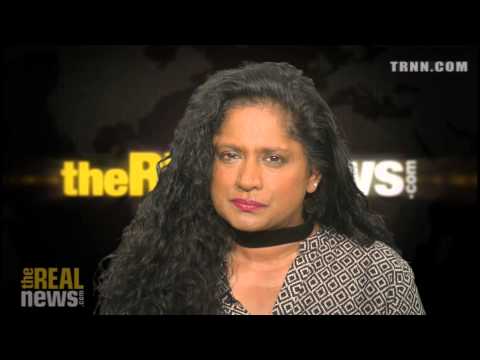 On Thursday, Saudi troops crossed into northern Yemen for the first time since the beginning of the conflict. The Saudi-led coalition continues to launch air strikes on Houthi rebel positions, and Human Rights Watch has called on the coalition to stop using cluster bombs because they are contributing to the high civilian death toll. According to the UN more than 4,300 people have been killed in this conflict since March.

Now joining us to address all of this is Vijay Prashad. He’s the George and Martha Kellner Chair of South Asian History and professor of international studies at Trinity College. He’s the author of many books, including his latest titled Letters to Palestine. Vijay, thank you again for joining us.

PERIES: Vijay, start by talking about the significance of the ground troops in Yemen.

PRASHAD: The amazing thing about Yemen is this extraordinarily brutal conflict has been going on, 4,300, maybe more people have died in this conflict. Both sides you might say, in fact there are not only two sides to this conflict. There are many sides to it. All sides have been ruthless in their use of force, not only against each other but against civilian areas. The carnage has reached a point where the United Nations has at several points said that famine conditions have either broken out or are likely. UNICEF has warned on a number of occasions about the use of force against children. Hundreds of children dead, perhaps 600, infrastructure has been destroyed.

Ashton Carter, the U.S. secretary of defense, as early as April warned that the war between the Saudis, the Houthis, Mr. Saleh’s troops, Hadi’s troops, et cetera, have only succeeded in opening the door for expansion of al-Qaeda in the Arabian peninsula, which anyway held quite large sections of territory in southern Yemen.

So given all this it’s remarkable that the press has basically stayed away. There’s been very little coverage of what’s been happening. And you know, here is a situation where after months of aerial bombardment the Saudi ground forces leave the southern Saudi province of Jizan, enter north Yemen, and so little is made of it. It’s not clear yet whether their entry into north Yemen is merely to take out some of the rocket positions that have been used by the Houthis to fire into Saudi Arabia, or if indeed the Saudis intend for this to be a push to the Yemeni capital of Sana’a. In the southern part of Yemen the rebels have faced some opposition from the forces of Mansur al-Hadi. In the city of [inaud.] for instance there’s been a pushback against the rebels. So it’s not clear what the Saudis are up to. Are they merely coming in to clean up the border, or do they intend to go all the way to Sana’a.

PERIES: And Vijay, what’s the role of the United States? Often when we see this term, the Saudi-led coalition, the U.S. sounds silent in the process. But what is their role?

And so it’s facing asymmetrical bombardment. Whatever the rebels are doing is not being done from the air. The Saudis command the air and they’re bombing the whole country. In the same way, the violence between the Israelis and the Palestinians in Gaza is utterly asymmetrical. The Israelis command the air, and all that can happen from Gaza is some minor rocket attacks into Israel. It’s comparatively nothing.

So just as with Israel, they are supplying them during the war. And similarly in both cases the United States is providing diplomatic cover. In the one case for Israel in its war against Gaza. In this case Saudi Arabia in its war in Yemen. Amnesty International has called for a UN Human Rights Council Commission inquiry of potential war crimes against the Yemeni people. It’s unlikely that the Americans are going to allow this commission of inquiry to be set up without a lot of pressure on the countries in the Human Rights Council.

So the American hand in this conflict is considerable. As considerable as it has been in each of the Israeli bombings of Gaza.

PERIES: Vijay Prashad, I thank you so much for joining us today on such short notice on this particular issue, and as always we are very happy to have you here.