Venezuelan military commander General Jesus Gonzalez announced his country's plans to purchase Russian battle tanks and armed reconnaisance vehicles amidst increasing relations between Russia and Venezuela. The announcement comes as three Russian warships and support vessels are on their way to take part in joint naval exercises with Venezuela. Author and Historian Forrest Hylton states that the military component of Russia-Venezuela relations should not overshadow the crucial elements of trade and investment.

Venezuelan military commander General Jesus Gonzalez announced his country's plans to purchase Russian battle tanks and armed reconnaisance vehicles amidst increasing relations between Russia and Venezuela. The announcement comes as three Russian warships and support vessels are on their way to take part in joint naval exercises with Venezuela. Author and Historian Forrest Hylton states that the military component of Russia-Venezuela relations should not overshadow the crucial elements of trade and investment. 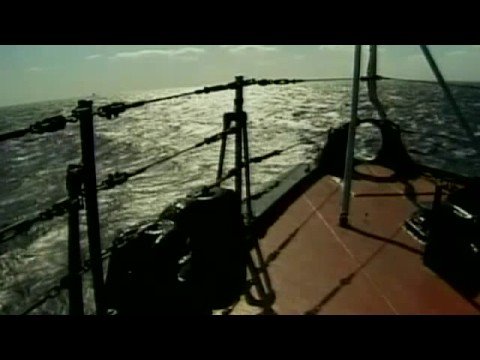 GEN. JÉSUS GONZALEZ, NATIONAL ARMED FORCES OF VENEZUELA (SUBTITLED TRANSLATION): I know that there are expectations about the presence of our Russian brothers here, but they are supplying what we need for our defense. Our security and defense, request to buy planes, helicopters and tanks. Today the media reported that we will buy tanks and that is true, we will buy tanks because the tanks, AMX30 that we have are 30 years old. Soon, we will receive a Russian fleet in our country, four ships, part of the Russian fleet will arrive at the country at the end of the month. Our ships, our patrols, our crew are ready to exchange and share with them (the Russian), rescue, search, and surveillance exercises in our sea limits.

NKWETA: The announcement comes as three Russian warships and support vessels are on their way to take part in joint naval exercises with Venezuela. The Real News spoke to Forrest Hylton about the relationship between Moscow, Washington, and Caracas.

NKWETA: Venezuela has just announced that it plans to buy Russian tanks, as well as Russian armed reconnaissance vehicles, at the same time the Russian naval fleet is on its way to Venezuela to conduct joint military exercises. What do you make of this?

FORREST HYLTON, JOURNALIST AND AUTHOR: On the one hand, it’s highly symbolic, obviously, because we haven’t seen this type of involvement with anything concerning the Russian military in the Western Hemisphere since the missile crisis under the Kennedy administration. So it has many people sort of alarmed with the idea that Russia is now some kind of expansionist power. But it has to be understood in the context of NATO’s effort to basically encircle Russia by incorporating the former satellite republics all along Russia’s borders. Russia’s now exerting its own power within a region that has traditionally been considered off limits to any power besides the United States, in line with the Monroe Doctrine. So now we’re looking at a very different situation in which the United States is deeply involved in Eastern Europe and Russia’s increasingly involved in Latin America. And, of course, Hugo Chávez is looking for allies wherever he can find them in the developing world—China, Russia, Iran, and so forth—in order to decrease Venezuela’s dependence on the United States, both the United States government and the United States economy.

NKWETA: We’ve heard rumblings of pundits talking about a new Cold War. Is this what we’re looking at right now? Or is that an overblown simplification of what’s going on?

HYLTON: I think it’s reductionist in a lot of ways. On the one hand, the United States approach to the Western Hemisphere really hasn’t changed that much since the Cold War. Now the rubric is anti-terrorism rather than anticommunism, but we still see the same formula of counterinsurgency wherever US interests are perceived to be threatened. Yet the basic fact of Russia’s incursion into the Western Hemisphere and via military means really comes on the heels of Russia’s incursion and China’s incursion into Latin America in terms of trade and investment. So I think, really, that the military component of all this should not be allowed to overshadow the trade and investment. What Venezuela and other countries in the hemisphere are looking to do is to foster some sort of national capitalist development that would benefit the majority of the population, and they’re looking for allies wherever they can find them. The United States, obviously, has been the enforcer and supporter of neoliberal policies that would impoverish the majority of citizens in countries like Venezuela. So it’s quite logical that Venezuela and other countries would look for allies who can help them bolster their own national economies vis-à-vis the United States, which is obviously much larger and much stronger.

NKWETA: We’ve talked about the manifestation of a multi-polar world. Is this the sort of germination of that? Are we on the road down that course right now with these types of actions?

HYLTON: Yes, I do [sic], because I think what’s really important about the military maneuvers is simply the fact that the United States can’t intervene to stop them. I don’t see it in any way as a threat to the United States, and I don’t think it’s designed to be that way, although I think it is clearly designed to send a message to the United States showing the limits of its power. There is a very important book that has just come out with Metropolitan Books called The Limits of Power: The End of American Exceptionalism, written by a retired army colonel who’s a professor of history and international relations at Boston University. And he argues that the United States Empire has really badly overextended itself both militarily and economically in these disastrous wars in Central Asia and the Middle East, and therefore it’s really in no position to contest Russia’s play for influence on various levels within Latin America. And as the Russian ambassador to Bolivia stated quite recently, there’s no reason to continue to view Latin America as the United States’ backyard, because the leftward turn towards national capitalist development within Latin America has meant that these countries are very eager to sign all sorts of deals involving infrastructure, trade, and investment with whatever country is willing to do so. And Russia and China are very pleased that they have new allies in the Western Hemisphere.

Please note that TRNN transcripts are typed from a recording of the program; The Real News Network cannot guarantee their complete accuracy