Cuba has officially passed reforms that will change economics and labor relations on the island. Union leaders told the Real News Network that the move doesn't spell a break with socialism, but questions remain about the impacts for Cuban workers and the revolution itself

Cuba has officially passed reforms that will change economics and labor relations on the island. Union leaders told the Real News Network that the move doesn't spell a break with socialism, but questions remain about the impacts for Cuban workers and the revolution itself 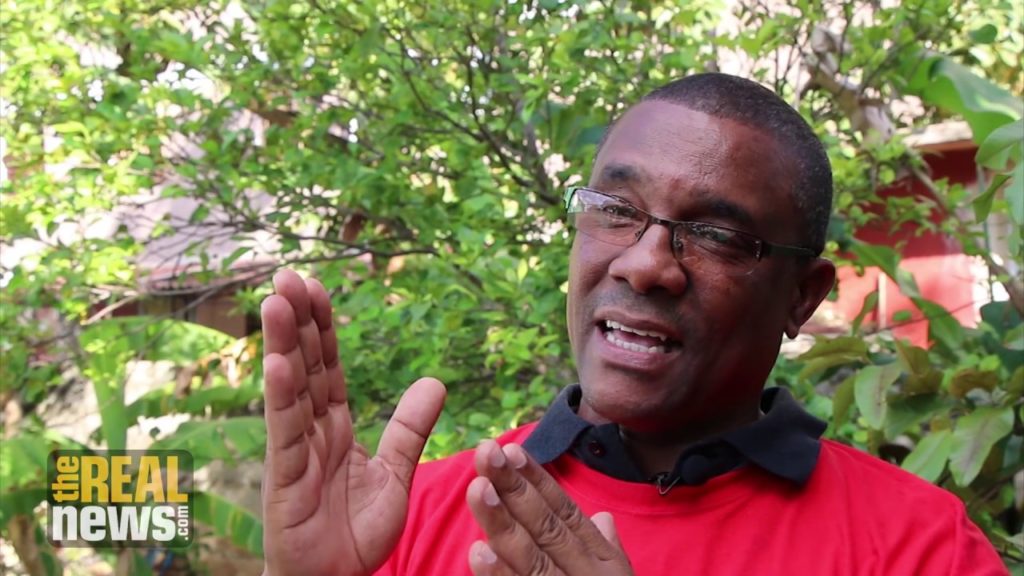 SPEAKER: Cuba’s new constitution, which was approved by over 90 percent of voters on February 24, means big changes for the country’s economy. Changes that union leaders hope will also be good for workers.

NEREYDA LOPEZ LABRADA: Today we went as an army of Cubans to the polls. But we also went to vote for a better country, which is something that the world needs right now.

SPEAKER: The Cuban Revolution’s economic policy centered on agrarian reform and sugar export to their socialist allies in Eastern Europe.

The island’s 1976 constitution later institutionalized the centralized economic model that predominated in the socialist bloc during this period.

Cuba emerged from the hardships that followed the dissolution of the Soviet Union in part due to economic diversification that included foreign investment in select fields. The Cuban state nonetheless remained the primary actor in practically all areas of the economy. The country’s unions also developed and operated within the state centralism, and today most Cuban workers are still employed by the state, in state-endorsed cooperatives, or in mixed enterprises involving the state. Now all of this could change.

PEDRO VICTOR SIMON RODRIGUEZ: It has new elements in that it recognizes private property, which was not recognized in the previous constitution.

SPEAKER: The recognition of different forms of property in the new constitution, including private property, means that individuals will have the ability to own productive assets for capital. It also means that locals will be able to employ other Cubans under a wage system. The testing ground for this type of private sector activity has been in Cuba’s tourism industry, comprising almost 11 percent of the island’s GDP, where many are already self-employed or working for someone in a small, often family business they say it recognizes self employment as an actor within the Cuban economy.

SPEAKER: These changes have been underway for some time. The presidency of Raul Castro saw an increasing space for Cubans to run small businesses, and the Communist Party of Cuba also endorsed a paradigm shift adopting a policy paper in 2011 that recognized the market and different types of property as central planks for the island’s development. As such, the changes in the new constitution were seen as important in order to formalize what had already been taking place.

JOSE LUIS FAJARDO: The changes to the constitution were significant. We had a constitution from 1976, when the political moment in the world was different, and we were in a different economic situation. We had a different composition to our labor environment, which has completely changed. There’s almost half a million workers not employed by the state. We have the rights secured in the new constitution.

PEDRO VICTOR SIMON RODRIGUEZ: Two years ago a labor code was discussed with 100 percent of workers, and then passed the National Assembly. In the previous labor code, self-employment was not recognized. In this one self-employment is recognized. There is a chapter dedicated to specifying the basic rights of the self-employed, and that’s a strength.

SPEAKER: The new constitution drops any reference to communism, though union leaders say the document still affirms Cuba’s national sovereignty and socialist project, including the rights of Cubans to natural resources, as well as social guarantees including education, health, housing, and work.

NEREYDA LOPEZ LABRADA: Those who wanted to vote favorably did so, in the same way as the person who didn’t want to vote yes. But it is for the good of the path to socialism that we are constructing.

PEDRO VICTOR SIMON RODRIGUEZ: The way things are right now in the world, we can’t have any illusions. We aren’t going to reach communism at this moment. Even for those of us who have a society that aspires to be socialist. Within the conceptualization of the Cuban economic model we say that we are building socialism, but we haven’t even reached socialism yet. Even theorists conceive it as a process that can advance and retreat. And that’s what’s happening today with socialism.

SPEAKER: Some say these changes are evidence that Cuba is on its way to a mixed economy. Although there has also been speculation about the influence of countries like China and Vietnam, where the growth of private investment has also meant criticism about worker exploitation, among other concerns. Havana has, indeed, been forging ties with China and Vietnam. And although Cubans insist they’re carving their own path, the economic models employed by these countries have been viewed as examples to consider.

PEDRO VICTOR SIMON RODRIGUEZ: Invariably, in the process of perfecting the Cuban economic model, to get to what is being proposed now, various other models have been studied. The Chinese and Vietnamese models have been looked at to find some similarities and common ground. But the path to building socialism without a preponderance of any other model.

SPEAKER: While Cubans are hopeful that these reforms provide new opportunities for the country’s ailing economy, there are undoubtedly challenges that loom under the new labor-capital dynamic. Cuban laws mandate worker participation and consultation. But this was conceived as part of a state-driven economy. As it stands, strikes are not legal in Cuba, though union leaders aren’t discarding the possibility of job actions as part of future labor relations.

PEDRO VICTOR SIMON RODRIGUEZ: in no part of the labor code does it contemplate the contradiction between the owner and the employee. Rather, it sees the complimentary between the two. However, we know that in the future, we know that we will have to use collective bargaining in order to ensure rights and responsibilities of workers. Our constitution doesn’t recognize strikes as a form of struggle. Why? Because those of us who are labor leaders, from the general secretary and the leaders of our unions, down to the rank and file, have representations at all levels of the state.

I’ll give you an example. The secretary general of the Cuban trade union central, Comrade [Ulysses Barate], is a member of the council the state. And that is a space that he has to speak about the issues facing workers, and he utilizes it. I’m a member of the assembly of the people’s power, to give you another example. And that’s because I represent the commercial and service workers. And that’s the space that I have to speak about my member’s issues. And we do that, also. But if within the development of productive forces, if a company or private property ended having a preponderant position, and the workers of that private property had to do something with regard to that owner, perhaps it could be a strike, of course. It could happen.