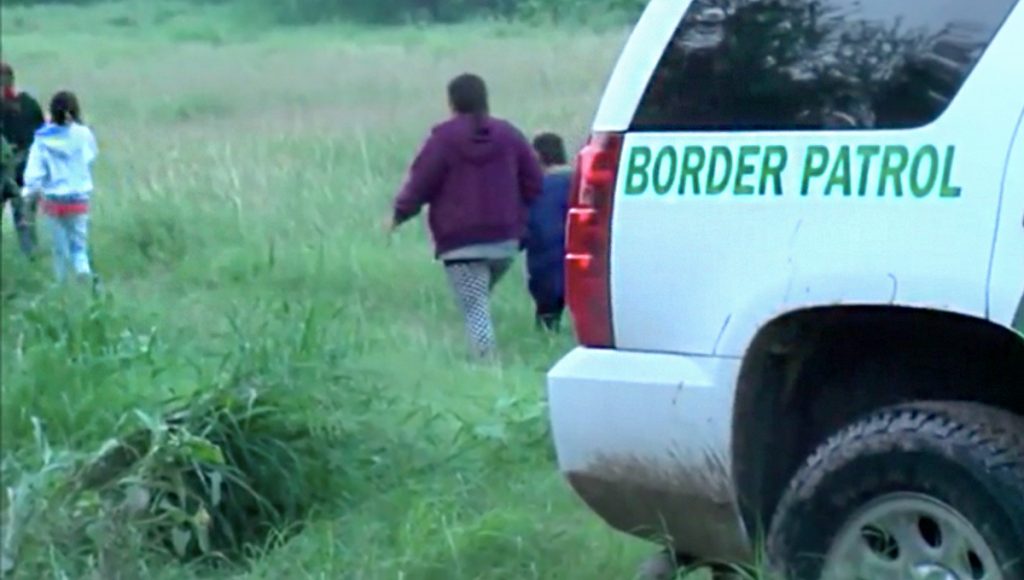 JAISAL NOOR: Protests erupted nationwide as the public gets its first glimpse inside an overcrowded immigrant shelter for children, as Attorney General Jeff Sessions used the same Bible passage to justify the move that was also used to justify slavery.

JEFF SESSIONS: I would cite you to the apostle Paul, and his clear and wise command in Romans 13 to obey the laws of the government, because God has ordained the government for His purposes.

SARAH HUCKABEE SANDERS: I can say that it is very biblical to enforce the law. That is actually repeated a number of times throughout the Bible. But the separation of illegal family alien families is the product of the same legal loopholes that Democrats refuse to close, and these laws are the same that have been on the books for over a decade, and the president is simply enforcing them.

BRIAN KAREM: Honestly, answer the question. It’s a serious question. These people have nothing. They come to the border with nothing. And you throw children in cages. You’re a parent. You’re a parent of young children. Don’t you have any empathy for what they go through?

JAISAL NOOR: A massive shelter along the Mexican border is where migrant children eat, sleep, and learn. Once a Wal-Mart, Casa Padre in Brownsville, Texas is now being used by the U.S. government to house nearly 1500 migrant boys, most of them from Central America or Mexico. And the first thing they see when they come in is this mural of President Trump with the line he tweeted two years ago before being elected to office: “Sometimes by losing a battle, you find a new way to win the war.”.

Most were unaccompanied minors, while dozens of others have been forcibly separated by their parents as a result of the new Trump administration zero tolerance policy that prosecutes anyone who crosses the border without permission. An influx of immigrants has brought the facility to the brink of capacity, with the shelter receiving a waiver to house nearly 300 more children than it’s licensed for. A recent Reuters report showed that nearly 1800 immigrant families were separated the border from October 2016 to February of this year.

Sessions also sparked outcry this week by signaling domestic abuse victims would not be considered for asylum. We’ll keep following this story at TheRealNews.com. This is Jaisal Noor.