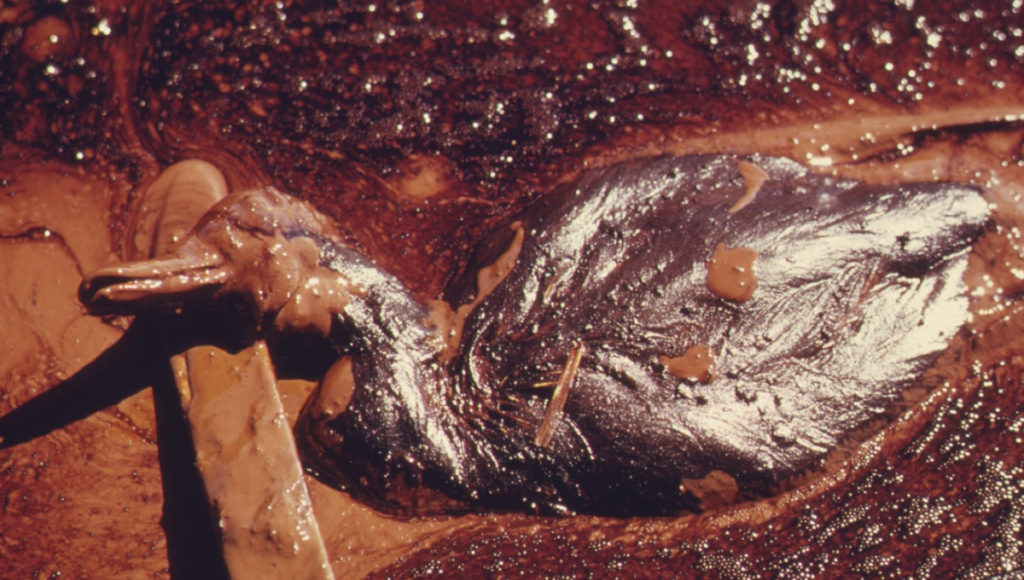 Canada has the third largest proven oil reserves in the world, surpassed in size only by those in Venezuela and Saudi Arabia. Most of Canada’s oil reserves lie in the tar sands, which are concentrated in the province of Alberta. As a result, Alberta’s oil industry is not only a major player in the global energy market, but its activities affect profoundly humanity’s ability to resolve the global climate emergency. In Alberta, the oil and gas industry is supposed to be subject to vigorous government oversight and regulation, so that the industry develops in a safe, and environmentally responsible manner. The agency that is charged with the responsibility of regulating Alberta’s oil and gas sector is the Alberta Energy Regulator, or AER.

Weeks ago, three audits of the AER revealed that the agency is a deeply dysfunctional agency. Damning reports by Alberta’s Auditor General, Public Interest Commissioner, and Ethics Commissioner centered on the creation and operation of the now-defunct International Center for Regulatory Excellence, or ICORE. According to the audits, the AER wrongfully used its resources to establish ICORE outside its mandate, while its former CEO, Jim Ellis, displayed “reckless and willful disregard” for the proper management of public funds.

Now here to discuss these revelations with us is Regan Boychuck. Regan was appointed to the Oil Sands Expert Group, advising the Alberta government’s 2015 royalty review. He is the Co-Founder of Reclaim Alberta, an organization raising awareness and advancing solutions of meeting the enormous challenge of unfunded oil field liabilities in Alberta. He joins us today from Calgary. Thanks for coming back on to the Real News, Regan.

REGAN BOYCHUCK: Thanks for having me.

DIMITRI LASCARIS: So, Regan, let’s start with the basic findings of these investigations. Please unpack for our viewers what the investigations revealed.

REGAN BOYCHUCK: Well, it really was quite an unusual situation where three separate investigations took place. First, by the Public Interest Commissioner, then the Auditor General, and then later, the Ethics Commissioner. What they were looking into was mischief by the former President of the Alberta Energy Regulator, who resigned or stepped down last year. It was quite unusual to have so many separate investigations going on at the same time, it revealed a lot of detail.

The three reports boil down to a number of findings specifically regarding to the Ellis Affair, but I think they’re quite emblematic of the regulator as a whole. What these investigations found is, first of all, that the regulator fails to follow legislation, that it fails to follow its own policy, that there’s insufficient supervision by the board. The Auditor General also found that the AER operates under a culture of fear, where whistleblowers protection run clear, and you have to be legislated. Underlings at the regulator are quite hesitant to speak up when the culture at the top, from Ellis on down, is reflected in the sort of shenanigans we saw with ICORE.

DIMITRI LASCARIS: Jim Ellis, the former President and CEO of AER and former President of ICORE, has of course resigned. It does not appear that any further action will be taken against him, even though the AER has lost an estimated $2.3 million as a result of this misconduct. Do you believe that further action should be taken against Mr. Ellis? If so, what should be done?

REGAN BOYCHUCK: Well, obviously I don’t think if I wasted millions of dollars of money that the government was responsible for that I would expect much more than Ellis has, when he’s living out of province, which protects him in a lot of ways. He’s been unreachable for months. I think there’s something to be said for making a more serious example of the repercussions of what he did. I think there’s also much bigger issues left in the regulator that he helped shape and set the culture for. I think that’s where the vast majority of our efforts should focus.

DIMITRI LASCARIS: Speaking of the culture of the organization, you could look at this in a narrow way and say, well, what this related to was undisclosed conflicts of interest, and now that the person’s embroiled in those conflicts, they’re no longer with the organization, we can expect, or hope to have an agency in place that is truly fulfilling the legislative mandate for the organization. But one could take a broader view and say that these revelations reveal a regulatory culture that is fundamentally broken.

Do you agree with that broader assessment? If so, how does this implicate other aspects, potentially of the agency’s mission? For example, ensuring that there is adequate funding in place to clean up the mess that’s left by the oil and gas industry in the province.

That culture of fear allows this wrongdoing to carry on. That’s reflected in a lot of ways. The regulator, when it’s captured by industry, it’s serving the industry’s interests to the detriment of the public’s interests. That’s more than true of the regulator, who makes 40 to 60 thousand approvals for the industry, licenses and et cetera, every year. Every time a landowner or another stakeholder has an objection to any one of those approvals, there’s supposed to be a review. There’s supposed to be a hearing by the quasi-judicial hearing commissioners at the regulator.

Those hearing commissioners at the AER only operate three to five hearings a year. 99.9% of the regulator’s decisions have no review. Stakeholders and landowners don’t have a chance to object, and that’s the sort of culture and system that the regulator has established, and it was personified by Ellis. He’s not the root of the problem, it’s not a cancer that can be cut out. Some of his closest associates were fired, were removed from the regulator last week, but that doesn’t resolve the fundamental problems.

To me, one of the curious parts, the issue I focus on, is the cleanup of oil and gas wells. It’s something that the management regulator recognizes. It was a very serious problem a few years ago, and I believe quite earnestly they set about to investigate it quite seriously. Through Freedom of Information request, I got the fruit of that, those internal investigations. That’s where we learned about the $260 billion estimate to clean up Alberta’s oil patch, including the oil sands, came out of that study.

What I also learned is as soon as the regulators internal subject matter expert scratched the surface of those numbers and started to quantify exactly how bad the problem was, the work was abandoned. It was never completed, never been touched again. The Auditor General has been investigating these issues for the last almost two years now. Part of what’s curious about having three separate officials launching independent investigations of Ellis, is that the team that was investigating the regulator’s liability management programs was pulled off that file for a year, to work on Ellis, to produce what was an entirely redundant report completely independent of the two commissioners.

It has delayed a reckoning of the way the regulator has managed these end of life obligations. It’s emblematic of the regulator. Industry would rather put money in its pocket than spend money cleaning up. They’re going to do that, unless the regulator forces them to do otherwise. The Ellis Affair demonstrates the problematic culture and operations of the regulator, that’s in need of deep, deep reforms in order for what remains of Alberta’s carbon to be produced responsibly. If it’s going to be done so, we need a quality regulator. That’s something Alberta just simply does not have today.

DIMITRI LASCARIS: Well, we’ve been speaking to Regan Boychuk of Reclaim Alberta about the results of three independent investigations into the Alberta Energy Regulator. Thank you very much for joining us today, Regan.

REGAN BOYCHUCK: Thanks for having me.

DHARNA NOOR: Hey, y’all. My name is Dharna Noor and I’m a climate crisis reporter here at The Real News Network. This is a crucial moment for humanity and for the planet. So, if you like what we do, please, please support us by subscribing at the link below. Thank you.

Regan Boychuk is an independent researcher and one of the founders of the Alberta Liability Disclosure Project and Reclaim Alberta, a group researching and advocating a solution for the looming crisis of unfunded oilfield cleanup liabilities.