America's trading partners, including Europe and China, will likely wait for Trump to move on to his next distraction--which could be a real war, not a trade war, says CEPR co-director Mark Weisbrot

America's trading partners, including Europe and China, will likely wait for Trump to move on to his next distraction--which could be a real war, not a trade war, says CEPR co-director Mark Weisbrot 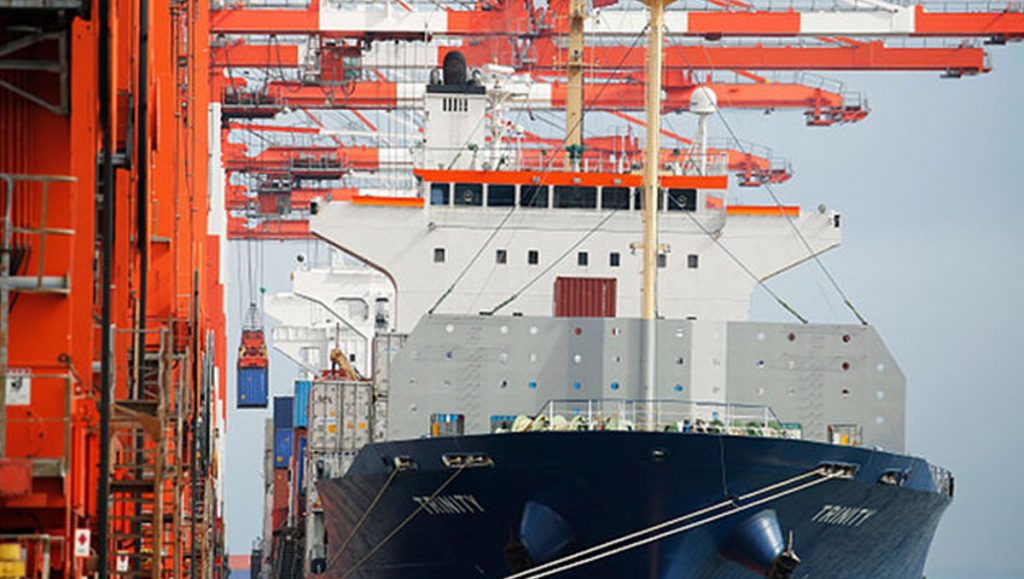 GAO FENG: The U.S. approach on trade sets a very bad precedent. Imposing tariffs on Chinese products is a blatant violation of World Trade Organization rules. It shows the multilateral trading system is completely ignored. It shows contempt and infringement of multilateral rules, and could trigger a domino effect of trade protectionism, which will cast a shadow again over the recovered global economy.

SHARMINI PERIES: But according to an article that our next guest Mark Weisbrot wrote in the Nation, titled “The threat of trade war is overblown. Real war is far more likely,” he points out that the U.S. has already exempted the major suppliers of steel and aluminum from the new tariffs, including the EU, Brazil, Argentina, South Korea, Australia, Canada, and Mexico. So we’re going to ask Mark to explain himself. Mark Weisbrot is co-director of the Center for Economic Policy and Research in Washington, D.C. He received his Ph.D. in economics from the University of Michigan. He’s the author of “Failed: What the Experts Got Wrong About the Global Economy.” He joins us today from Washington, D.C. And I should mention he’s also the president of Just Foreign Policy. Thanks for joining us, Mark.

MARK WEISBROT: Thanks for having me , Sharmini.

SHARMINI PERIES: So, Mark, before we get to your article, explain what exactly the new tariffs are and how significant they are in terms of U.S.-China trade relations.

MARK WEISBROT: Well, there’s two sets of tariffs that the Trump administration announced. One, you mentioned, was the steel, tariffs on steel and aluminum. And as you noted, within three weeks they had exempted most of the major suppliers of steel and aluminum to the United States. Those would still apply to China. Now, then they, then Trump announced more recently tariffs on Chinese exports, 60 billion dollars worth of Chinese exports to the United States. And he didn’t specify they would be high technology imports, exports, but he didn’t say exactly what. And that’s about 3.6 percent of China’s total exports. And of course they wouldn’t lose all that. They would just lose a fraction of that from the tariffs.

SHARMINI PERIES: All right, Mark, back on March 15 we interviewed Michael Hudson, who told the Real News that stock prices for steel went up by 40 percent when Trump announced the tariffs. This affects many sectors of the economy. But you call the tariffs in your article weapons of mass distraction. What is Trump distracting us from?

MARK WEISBROT: Well, that’s just Trump’s presidency. It’s all about distraction. The distractions roll off his Twitter feed every day. You know, there’s investigations of him. There’s, he hasn’t delivered on his program. He promised jobs, he promised, you know, infrastructure, good paying jobs. His whole infrastructure program, for example, the federal spending is 200 billion over ten years. That’s eight hundredths of one percent of U.S. GDP over those next ten years. So that’s really not going to do anything at all.

So he hasn’t really delivered on his promises, and he doesn’t have anything to show. So this is why, I mean, I think, I mean, I’m just guessing. But I think this is why you see distractions almost every day.

SHARMINI PERIES: Mark, if this is a distraction and there is exemptions to all these countries except China, what do you make of what the Chinese spokesperson for the Ministry of Trade said?

MARK WEISBROT: Well, it wasn’t just the Chinese trade ministry that said that. I mean, you see this all over the media, this great threat of trade wars and the whole global trading order breaking down, because there’s, but I really don’t see this happening. For example, China itself, despite what you heard from the Trade Ministry just now, they imposed their retaliation for this deal when aluminum tariffs, tariffs on three billion dollars worth of U.S. goods. And that’s, you know, 13 hundredths of one percent of U.S. exports. Nobody’s going to feel that here.

And so nothing’s really happened, nobody’s really responding. Nobody is going to escalate, I think, against Trump and start a real trade war, because first of all they realize it’s Trump, and you know, he changes his mind every day. He changes his policy every day. He already took back most of the steel and aluminium tariffs within the first three weeks. And he doesn’t represent the major decision makers in this country on issues of trade at all. And so they can wait him out. There would be no sense in them causing some kind of real damage to their own economies by getting, by escalating this.

And so I think that those are some of the reasons why you’re not going to see any kind of trade, damaging trade war that so many pundits and economists and politicians and people who just want to support the status quo are saying.

SHARMINI PERIES: China isn’t the only country that’s concerned about these tariffs. The EU, for example, is threatening to raise tariffs on U.S. products as well. What do you think after all of this in terms of the relations between international communities that are often allied but now getting into this contestation or, as many people call it, a trade war?

MARK WEISBROT: Well, again, I don’t see anything from the EU, either. There hasn’t been any retaliation yet. That, initial threats were right after the announcement of the aluminum and steel tariffs. And they, they’ve been exempted. So I don’t see anything there yet, either. I don’t, I really don’t think you’re going to see it between Trump’s isolation within his own elite and the fact that everybody else can wait him out, I don’t see any kind of trade war developing.

SHARMINI PERIES: All right, Mark So what did you mean that a real war is more likely. Well you know his presidency is doing pretty badly and it’s likely to get worse. And so in terms of distractions, of course, war is the ultimate distraction. And it’s the only thing, unlike the trade wars where he runs into all kinds of opposition from powerful people and from the media, if you look at when he bombed Syria that was practically the only thing he did in his presidency where he got that much glory and love from the media and even from opposition politicians. So it’s going to be very tempting for him to do that.

And of course he’s appointed this really extremist, or is trying to, war cabinet, including Bolton and Pompeo. And so it’s a very dangerous time. And I think that’s really the much bigger risk. The trade war is really nothing compared to that.

SHARMINI PERIES: All right, Mark, as usual I thank you so much for joining us today and look forward to your report next week.