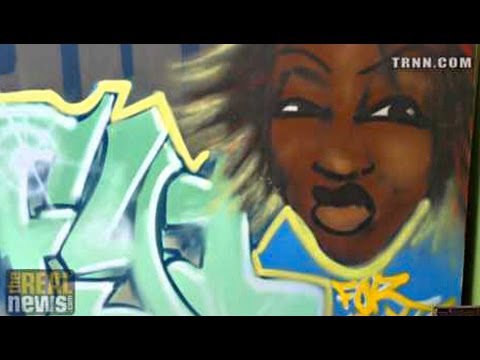 DYAN RUIZ, PRODUCER: With summer nearly here in Toronto, community leaders are worried that diminishing funds for youth programs are going to lead to another rise in violence in troubled communities. In 2005, Toronto saw an unprecedented rise in gun violence, with 52 of 78 homicides in Toronto involving firearms. It was dubbed “the year of the gun”.

Major funds sprung up that year to support Toronto’s poor under-serviced neighborhoods. Communities like this at Jane and Finch used those funds to start programs supporting at-risk youth. But most of these temporary funds dried up this spring, and progress made is being undercut. Summer is fast approaching, and those that work with at-risk youth are worried about more lost lives and lost opportunities.

CLAYTON THOMAS, COFOUNDER, RECOGNIZE THE REAL: They’re going to call it the summer of the war. It’s not going to be guns anymore. It’s going to be cannons. It’s going to be bombs. I think when you have something that’s so positive that was working and you just take it away, there’s always an impact.

RUIZ: Clayton cofounded a basketball mentorship and literacy program in 2006 at Jane and Finch called Recognize the Real. The program was started as part of the youth challenge fund created in reaction to the shootings in 2005 that coincided with high rates of youth violence, unemployment, school dropouts, and drop-offs in recreation. Youth center programs in Toronto’s 13 priority neighborhoods were started from the funds. Now the one-time pool of funding is gone. But the organizations formed still see the need.

THOMAS: The need for this program is important because of the fact that it engages street hard-to-serve youth. And even if you’re not street-involved or hard to serve, you’re still being engaged in a positive way, whereas if you’re out in the street or the local store or your block or your building staircase, you’re probably being mentored by individuals who don’t have any positive aspirations. Right? So it’s really important because I think it keeps the violence down in the city, and for the three hours that they’re here, they’re learning a skill, a life skill that they can use in society.

RUIZ: Francis is one of the young men who loves going to Recognize the Real.

FRANCIS LIKELE, PARTICIPANT, RECOGNIZE THE REAL: It’s fun, and helping meet people, friends, good friends. And basically [incompr.] And so that’s why I love the program. It’s a good program. It’s–like, I guess it’s part of my life.

RUIZ: At a youth center in the Keelesdale neighborhood, the executive director tells us that short-term funding has long-term negative impacts.

LEKAN OLAWOYE, EXEC. DIR., FOR YOUTH INITIATIVE (FYI): When it’s a short-term project, by the time they actually begin to respect and trust you, you’re on your way out, and that sense of, you see, I shouldn’t have trusted him or her, that sense of hopelessness, that sense of isolation then creeps back in. And then it becomes even tougher for young people to trust somebody else.

RUIZ: One youth who’s benefiting from FYI’s services is musician Chris Gayle, aka Davy Jones. He says without programs like these, youth are lost.

CHRIS GAYLE, PARTICIPANT, FOR YOUTH INITIATIVE: These kids now grow up with their father going to work at 9 o’clock till the morning and then their mother coming home when they’re just about go to sleep to go to school. So half the time in the day, they’re at home by themselves. So when they come to these places, they’re expecting to feel comfort. If there’s no comfort, they’re just going to feel distraught and stagnant. So they’re just going to wander. And that’s what usually happens. It’s happened to me before. So I know.

RUIZ: Toronto Mayor Rob Ford has voted against funding for at-risk youth, calling them “hug-a-thug” programs. Meanwhile, the federal government has slashed funding for youth justice programs across Canada. The provincial government continues to fund some programs, but no investment on the scale of the youth challenge fund. However, Ontario’s new premier, Kathleen Wynne, created a Council on Youth Opportunities a month after she was sworn in this year. Lekan is the chair.

OLAWOYE: The mandate is pretty broad. But I think there’s an opportunity for transformation through this mandate. We are responsible as a council to ensure the development of the youth strategy, the provincial youth strategy. This groundbreaking.

RUIZ: While there are efforts at Queen’s Park and on the streets of Toronto to stem youth violence, until there is long-term sustained funding the city’s young people will continue to be victimized. By investing in our youth, we have the hope for the success of the next generation.

Tell me to dumb it down (down)

First and last name, it be the Davy Jones (Jones)

Hail from TO (Toronto)

And that’s Toronto (yo)

And then the world (world)

TF, then it’s life to the next show (show)

RUIZ: This is Diane Ruiz for The Real News Network.