Who won the Debate?

On Friday presidential hopefuls Barack Obama and John McCain squared off in Oxford, Mississippi for the first of three presidential debates. Following the debate, Real News Senior Editor Paul Jay spoke with the host of XM Radio's Capital Hill Blues, Tom Morris, about their general impressions on the candidates' performance.

On Friday presidential hopefuls Barack Obama and John McCain squared off in Oxford, Mississippi for the first of three presidential debates. Following the debate, Real News Senior Editor Paul Jay spoke with the host of XM Radio's Capital Hill Blues, Tom Morris, about their general impressions on the candidates' performance.

Reactions to the first Presidential debate 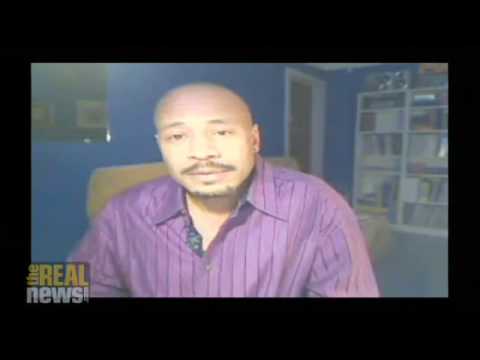 PAUL JAY, SENIOR EDITOR, TRNN: It’s just a few minutes now after the conclusion of the first presidential debate between Barack Obama and John McCain. And joining me to share his insights into how this exchange went is Tom Morris, host of the XM Radio show Capital Hill Blues. Hi, Tom.

JAY: So at a very visceral, emotional level, which apparently is what a lot of people make up their minds with, who won this debate?

MORRIS: I would call it a draw, really. I mean, it was like watching a—. I went to a football game once where two teams played four quarters, and they went into overtime 0-0. This was sort of like that. I don’t think anybody really won this debate. I think Barack Obama may have come out looking a little better at times, because McCain condescended and tried to basically talk down to him at points, and I think that’s unattractive to some people. But I think it really was pretty much an even match all the way around for 90 minutes.

JAY: Well, just to put my cards on the table, I thought McCain won at an emotional, visceral level. I thought McCain won fairly decisively. I think he came in with such low expectations and such a chaotic week for him, and he just looked authoritative. And I just could not understand why Obama couldn’t lay a glove on him, because there are so many places one would think he should have been able to hit him. The first issue was the finances. So what was your impression of that?

MORRIS: Well, I thought it was interesting that Jim Lehrer kept asking them—he had to ask the question three times, basically. Each time, they gave an answer, and then he’d re-ask it again: are you for or against this bailout? And he couldn’t really get a straight answer out of either one of them. It appeared that both of them are for it, which kind of surprised me, because I think Obama was really in a stronger position had he said, you know, "I"m not really for this. I’m really for what’s best for the American people, the average people." But he seemed to indicate that he would vote for it if it comes to the floor. He had his caveats and conditions he threw out begrudgingly, as did McCain begrudgingly, but nobody would really answer the question just point blank: are you for giving $700 billion to bail out Wall Street or against it? And Lehrer just couldn’t get a solid answer out of either one of them about that.

JAY: Yeah, I agree. And I thought, actually, it was Obama’s best point of the evening was the fact that he said, "I’m for regulation, and you’ve been against regulation." But, again, I didn’t find that he hammered him with it, the consequences of this lack of regulation. And it’s not the only reason for this financial crisis, but certainly a big one. But he didn’t punch him on the nose with it, and I don’t understand why.

MORRIS: There were a lot of times, I think, where he really could have thrown the right hook, and he just fell short, like when they were talking about him talking directly to Ahmadinejad, and, well, McCain countered with, "You would sit down with a guy who said he would destroy Israel." Well, Barack Obama could have easily come back and said, "Yes, I would sit down and talk to him, but I would let him know that if you touch Israel, I will wipe you off the map." You know, he could have come back with shots like that, and he wasn’t taking them. They were there. And I’m a big fan of boxing, Paul, so I know about fainting and jabbing and punching. I kept expecting him to throw those shots when they were open. When the defenses were open, he should have thrown those shots.

JAY: Well, one easy shot would have been, "You’re such a fan of the government. You stood up in Iraq. How about the fact that Iraq has passed a law declaring Israel an enemy state and is about, perhaps, to prosecute a member of the Iraqi Assembly for visiting Israel?" I mean, one can debate the right or wrong of Iraq’s law, but it’s certainly something McCain would be susceptible on. So what do you think is the underlying reason for Obama not being able to bloody his nose today?

JAY: But that’s the old mindset. How do you protect the ability to project military power is precisely the old mindset. So if you’re going to really kind of buy into the same, more or less, framework that McCain believes in, then you’re fighting on his territory. But that’s to some extent the story of the campaign.

MORRIS: Absolutely. That comment shocked me a little bit too, because it really was, "Hey, wherever China is, we should be. Wherever Russia is, we should be." Well, we have military bases in 130 countries around the world right now, so projecting our power isn’t necessarily lacking anywhere. We’re everywhere. But it was very much sort of a old-school, hegemony type of statement about projecting our power. But he did buttress that with, "We need for the children of the world to see America differently. We need to change our image. We need to restore our moral authority. But at the same time he can’t afford to come off seeming like he’s going to be weak on foreign policy and he’s going to be weak militarily. So I think that some of his points he made were sort of old-guard type of statements, but at the same time he wanted to keep going back to, "Well, how did we get in Iraq? And how did we get here? And how did we get there?"

JAY: And that was another point. I don’t understand why he didn’t absolutely look McCain in the eye and say, "Your decision and your support for invading Iraq led to the death of not just 4,000 Americans, but, you know, hundreds of thousands of Iraqis." That judgment is why we’re in such a mess. Like, he didn’t nail him on it, and there’s some lack of—. It made me go back to this question that Obama sees the problem with the Iraq War as more of a kind of strategic mistake, not a fundamental problem of principle.

MORRIS: I think Barack is somewhat constrained by not wanting to be perceived—I think because he is African-American and he’s a man, I think he doesn’t want to be perceived as being angry. And I think that even when he could throw those real hard shots back and it’s all laid out right there for him to take the shot, I think he can’t quite bring himself to do it, because he’s afraid that those middle Americans out there who aren’t sure if they can really pull the lever for a black man, when all he has to do is one "angry black man" moment, and they’re just turned off forever. And I think that’s what’s holding him back, Paul. I think he just can’t get let loose of his polish enough to actually just say what he needs to say sometimes.

JAY: Mm. Yeah, you wanted him to get a little angry tonight. So if you—.

MORRIS: He was. He was. I think at times he was.

JAY: Well, if he happened to call you later tonight and say, "Well, Tom, what should I do differently next time?" what would you say?

MORRIS: I’d say, listen, man, you’ve got to really break it down. When you stand up and say, "I would sit down and talk to the leaders of the world that we have great animosity with," you’ve got to explain what you’d say to that man when you sit down and talk to him. When McCain can talk about Gorbachev and Reagan and Brezhnev and détente and all these things and saying that they were all set up in a certain level of protocol as to what level of the government was going to talk to this level of the hostile government, you’ve got to say, "Look, my position is I’m willing to go sit down and talk to this man, Hugo Chávez, whoever it is, face to face, who’s a mortal enemy," then you’ve got to be able to say to the American people, "You know what? I will also tell that man, ‘We can work out our differences, we can figure out a way to coexist, but I will tell you point-blank, you try to touch us, we will touch you back hard.’" And that’s what the American people want to hear. If you’re going to talk to your enemies, they want to also know that you’re walking softly but you’re carrying a big stick.

JAY: Mm. Well, I also think maybe he needs to parse who are the enemies, ’cause some of the names on that list have never threatened the United States, including Chávez and even Castro. I mean, Cuba’s not readying an army to invade Florida here. This is part of what I’m getting at is when you kind of buy into some of these underlying kind of assumptions, you’re left weak in your response. But I can just say, if John McCain phoned me and asked me what he should do differently next time, I’d say nothing. I think I’d say to John, "Listen, you are fundamentally a reckless militarist, but you came off looking very moderate and measured here. So I’d say keep up the good work, John, if I happened to be in your camp." Anyway, thank you very much for joining us tonight, Tom. We’ll talk more about this later.

Based in Washington, D.C., Tom Morris is a journalist and television producer.