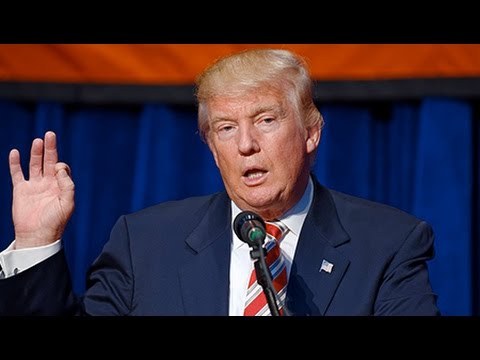 INTER: On Thursday, the Trump administration published details on its preliminary budget for 2018, which would see major cuts to agencies and departments like the Environmental Protection Agency and the State Department, Nutritional Assistant programs for women and children under the Agriculture Department, for example, would be cut.

Under the Education Department cuts almost $4 billion in grants for teacher training would disappear in favor of increasing funding for charter schools and private choice programs. The proposal also terminates funding for 19 agencies, including the National Endowment for the Arts and the Corporation for Public Broadcasting. Meanwhile military spending will increase by $54 billion.

WOMAN: As much as the president and this new administration are calling this the “skinny” budget, I would actually call this the “starvation” budget. This budget goes in and it’s starves the agencies, especially the agencies that are tasks with protecting the public. Whether it’s with clean air and clean air or we’re talking about protecting workers, in the workplace, this budget really goes to the heart of these agencies to really starve them and the resources that they need to do their job.

This cuts against protections and agencies that would protect these Americans, whether they’re financial agencies, or these are the Department of Labor, which would really help different working Americans. Whether it’s through getting the right and proper overtime, or increasing their wages, or paid sick leave, these are things that actually help working Americans.

MAN: The thing is some of the biggest agencies on their hit list are about one half of one percent of the Pentagon budget that they’re putting forward. So, a lot of this has nothing to do with fiscal responsibility, everything to do with ideology.

MAN: Many see the budget proposal as a direct attack on the environment and the issue of global warming. The EPA, for example, would be most affected by Trump’s cuts losing 31% of its funding.

WOMAN: For clean water, we’re already issues. Flint, Michigan is a horrible example of what can go wrong when things are kind of taken more at a local or state level that you really do need to have a very powerful federal voice on these issues to make sure that that water that you’re drinking is clean.

We just had the BP blowout situation that was a few years ago in the Gulf. We had that because companies weren’t doing their jobs. The rules that were in place were not being followed. Unfortunately, for EPA and the Department of Labor, there’s simply not enough inspectors currently to go in and inspect these different sites. But if you go on and you slash these budgets to where they’re being slashed now, whether it’s EPA at 31%, or the Department of Labor at 21%, the number of inspectors are simply going to drop off.

MAN: On the other end of the spectrum, defense spending will go up 9% to $54 billion, with the Trump asking for another $40 billion for the current fiscal year in order to fight ISIS.

MAN: Well, the biggest beneficiaries in the corporate world will be Lockheed Martin, which makes the F-35 combat aircraft, which has been quite troubled, not performing up to standard, but they’re moving full speed ahead anyway. And I think Trump’s budget will make that problem worse. They’ll be building planes that don’t work and we’ll be spending billions of dollars for years to come to try to fix them.

Then, there comes that … that are involved in missile defense, will also do quite well. … also makes armored vehicles which may get a boost as part of the build-up of the army and the marines. So, a lot of the benefits are going to be concentrated among the top five or six contractors. And, of course, they’ll spread that out a little bit to sub-contractors, but there’s not a lot of companies that are going to get a big boost out of this.

MAN: Trump’s budget, which deals with discretionary spending, and not mandatory spending, like Social Security and Medicare, is a reflection not only of President Trump’s agenda to shrink government spending on all things not military, but heavily influenced by the President’s chief strategist, Steve Bannon, who last month said that a principle goal of his and the White House was to deconstruct the administrative state.

MAN: And, of course, diplomacy takes a huge hit of 28% at the State Department. Even deeper in programs that support the United Nations, including aid to refugees in the middle of one of the biggest global refugee crises in living memory. So, part of it is just grabbing resources from where they’re needed to throw them at the Pentagon where they’re not going to be spent necessarily wisely, nor are they needed for any rational defense strategy that’s been put forward.