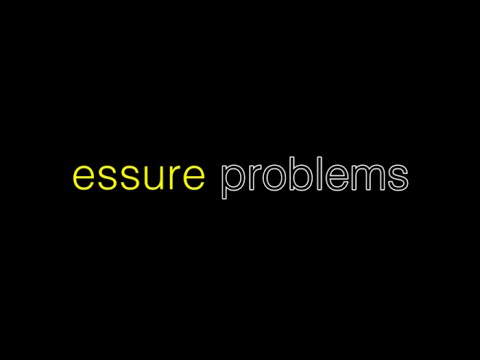 RED REYNOLDS: This is a Essure awareness video. I just want anyone out there who is considering having this done, please reconsider your options.

THOMAS HEDGES: Red Reynolds is one of thousands of women across the country that have struck up a heated conversation around a contraceptive medical device called Essure.

REYNOLDS: I can’t find anybody who will take these devices out, and I now suffer from metal toxicity.

HEDGES: Essure comes in the form of two metal coils that are inserted into the fallopian tubes that prevent them from carrying eggs to the ovaries. The medical device got popular because it doesn’t require surgery, and serves as an alternative to more invasive procedures like hysterectomies. But despite its advantages, the pharmaceutical company that makes the device, Bayer, has come under fire for manufacturing a product that critics say has serious side effects.

REYNOLDS: I sleep about 20 hours a day. What little hair I have left, I have a bald spot, my hair just breaks off. You can see what my skin looks like.

HEDGES: The Food and Drug Administration approved Essure in 2002, but the regulatory agency has since received more than 5,000 complaints from women who say they’ve been severely injured from its side effects. A British Medical Journal study from earlier this year also found that Essure patients are 10 times more likely to need corrective operations than women who have gotten their tubes tied.

But it isn’t the scientific community, nor the FDA, nor an established watchdog group that’s taken up the task of investigating the complaints brought against Bayer Pharmaceutical. Instead, it’s a nationwide group of Essure patients from all over the country who have banded together through a Facebook page called Essure Problems that have forced the issue into the national spotlight.

REYNOLDS: We actually had a Twitter campaign, #IamReal, because Bayer said those of us out there suffering, we’re not real people. I can guarantee you, I am a real person, but my life has been pretty much taken away from me. I no longer live, I just exist.

HEDGES: The page has more than 25,000 members, and the group has finally been able to raise national awareness around Essure’s safety after almost 15 years. Essure Problems’ Facebook page has thousands of testimonials from women who have been injured. There are hundreds of pictures of patients in hospital beds pre- and post-corrective operation.

ESSURE PATIENT: It’s time we show people, so they can see with their eyes what we’re going through, or nothing’s ever going to be done.

HEDGES: The FDA has been reviewing Essure complaints and says it will announce next steps in February, but a Bayer representative told the Real News that despite complaints, the product they manufacture is safe.

TARA DIFLUMERI: We have follow-up well beyond two years. We’ve posted, or published, excuse me, recently five-year data. There’s other studies that are out there with ten-year data. In fact, if you look it up, Premarket Approval, or PMA, which is the regulation that Essure was reviewed and approved under, it’s actually the most stringent type of regulatory review process that exists with the FDA.

HEDGES: But critics say Essure’s approval process has some deep flaws. Medical devices in the United States, as opposed to drugs, don’t go through very serious testing to begin with. Even the Premarket Approval process, which is supposed to be the most rigorous classification for medical devices, doesn’t require much testing and documentation. And in the case of Bayer, it is true that the company conducted a 5-year follow-up, and is working on a 10-year one as well. But the 5-year follow-up was published just this year, 13 years after the device’s approval, and the 10-year study that Bayer’s spokesperson was referring to focused only on its effectiveness as a contraceptive, not its side effects, which is what patients have been complaining about. And lastly, out of the 518 original participants in the follow-up trial, only 366 were actually followed for the full five years.

In October, members of the Essure Problems Facebook page traveled to the nation’s capital to garner support from Congress for their cause.

AMANDA RUSMISELL: We are paying for this. We are funded internally, and by ourselves. I’ve learned that there is so much backdoor dealing going on that we have, we as consumers, really have to educate yourself. But sometimes you don’t have the material to educate yourself, because back in 2008 there was nothing out there that this was bad.

HEDGES: Amanda Rusmisell is an Essure patient. She, along with fellow e-sisters Lisa [Fowser] and lawyer Holly Ennis met with representatives to get them to sign onto a bill called the E-Free Act, that reverses Premarket Approval, or PMA, for Essure, which is a medical device classification from the FDA that also happens to bar patients from suing Bayer for any injuries.

RUSMISELL: PMA takes away our rights as citizens to litigate against a company.

HEDGES: A couple of months ago, Republican Congressman Mike Fitzpatrick signed onto the bill. But in a heavy blow to their efforts, the Essure community lost the support of Democratic Congresswoman Rosa DeLauro of Connecticut. When The Real News reached out to DeLauro in an attempt to understand why she backed out, she didn’t respond. We looked closer at her campaign finances and found that the top industry to donate to DeLauro was that of health professionals, which explained her silence.

Holly Ennis, a lawyer who represents women affected by Essure, says many of the people who ought to support their efforts are held back by financial stake in supporting the device, even since the very beginning, when a company called Conceptus, which owned Essure before Bayer took over, first introduce the device.

HOLLY ENNIS: A lady by the name of Cindy Domecus was the vice president of clinical development at Conceptus. And she was sort of [uniquely] involved in getting this product developed. At the same time she was also serving on the advisory board for the gynaecological panel at the FDA, which actually, you know, was the one that approved the device. So there was a period of several years where she was wearing two hats, and I believe it’s a conflict of interest.

HEDGES: The distrust extends beyond the FDA and Bayer. Women have a difficult time trusting even their doctors, many of whom like Essure because it’s a relatively quick procedure that yields 3-5 times the compensation of a more traditional form of sterilization, like a hysterectomy.

RUSMISSEL: The trust isn’t there. I mean, I trusted my doctor. And he stepped on that trust.

HEDGES: For critics who deal with the health regulatory system as a whole, Essure may be a harbinger for how medical devices will be treated in the future. The 21st Century Cures Act, which the House passed this summer and which now sits in the Senate, scales back many of the safety measures for medical devices, and antibiotics, too, that are meant to prevent faulty products from entering the marketplace.

SARAH SORSCHER: As we saw with Essure, not having that control group and not having a well-designed trial makes it very difficult to draw firm conclusions about the device’s safety and effectiveness. And so you see a device being approved, and then not realizing that it has significant problems until it’s already been on the market for years, and getting those reports in the form of adverse event reports, which are so hard to interpret.

HEDGES: Supporters of 21st Century Cures say seriously ill patients, like those suffering from cancer or AIDS, require an updated approval structure that allows experimental treatments to hit the market quicker, in order to save their lives.

The Manhattan Institute, whose funders include the biopharmaceutical company Bristol-Meyers Squibb is one of the bill’s fiercest proponents.

JOHN CROWLEY: So if we get away from a pure safety and efficacy standpoint in some vacuum and actually look at it on a case-by-case basis we can help to advance regulatory science to catch up with what really is an amazingly exciting time in medical science.

HEDGES: But Sarah says that 21st Century Cures would only increase risk and muddle the FDA approval process, leaving much of the documentation up to as well as in the hands of pharmaceutical companies themselves.

SORSCHER: We’re likely to see trials approved where less data is actually being shown to the FDA. In fact, the statute for the first time would instruct the FDA to look only at these very short medical journal articles, these documents that are maybe seven pages long.

Another issue with Cures which relates to all devices, not only the highest-risk ones, is that under Cures companies would be able to make any kinds of changes that they deemed appropriate to devices once they had become certified through a certification process. And that could mean that they are making a series of incremental changes that really does fundamentally change the nature of a device without necessarily telling FDA, or submitting new data showing that the new device, the changed device, is safe and effective. And that creates a whole other set of issues, basically exempting a whole category of device regulation from FDA oversight.

HEDGES: The end result is that the approval process becomes much cheaper and easier for pharmaceutical companies, who need much less documentation, testing, and trials before releasing their products on the market. With more experimental products on the market which otherwise might have been tucked away and stalled, companies will open up huge swathes of revenue. But at what cost, Sarah asks.

SORSCHER: Everybody wants real, effective, life-saving treatment for patients. And we want more of it, and we want it as fast as we can get it. But the issue is if you try to get new cures by lowering approval standards, you may end up with expensive new treatments that don’t actually work for patients, and may even cause more harm than good.