The Charity of Night: RAI with Bruce Cockburn (4/9)

Bruce Cockburn explains why he refers to himself as an 'artist-correspondent,' and describes how his relationship to God and the church has changed since he started writing music.

Bruce Cockburn explains why he refers to himself as an 'artist-correspondent,' and describes how his relationship to God and the church has changed since he started writing music. 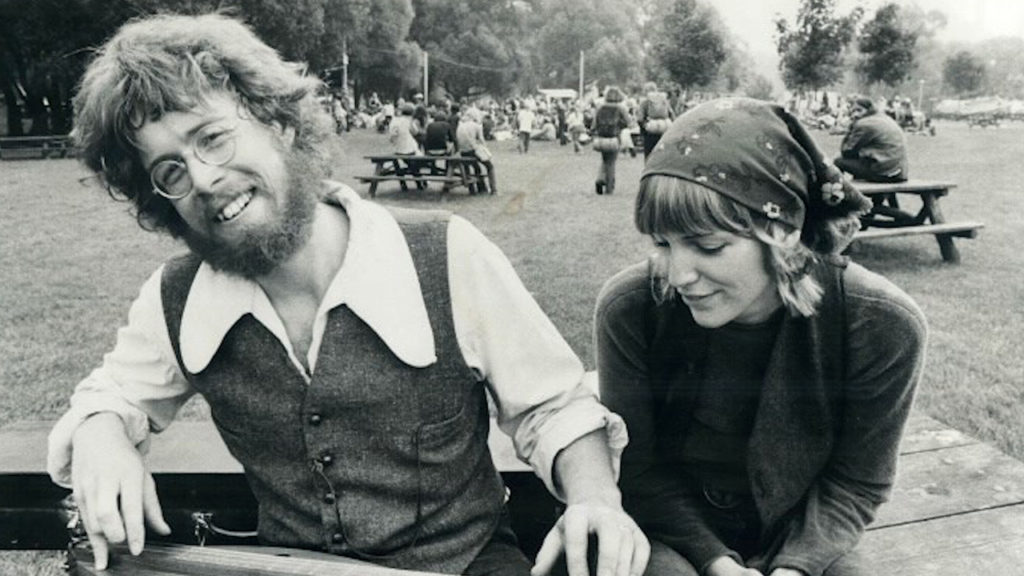 PAUL JAY: Welcome back to Reality Asserts Itself with Bruce Cockburn on The Real News Network. And we’re continuing our discussion with singer-songwriter virtuoso guitarist Bruce Cockburn. Thanks for joining us again.

PAUL JAY: Bruce, you write, as I mentioned in the last part of this segment, “Mercury occupies a keystone position–mercury poisoning–in my evolution as an artist-correspondent.” I thought that was an interesting phrase, “artist-correspondent.” And you write a little bit later, “It has to be art. There’s an important line to be drawn between art and propaganda.” Now, where does that line fall for you, and what’s an artist correspondent, and where–and this issue of art and politics?

BRUCE COCKBURN: Well, these words become … They’re all terms of convenience, really, because, yeah, I mean–hyphenated things. I mean, I’m an artist. That’s how I think of myself. As much as I think about it at all, which is not very much. But if somebody asked me. But the correspondent part applies to a lot of what I’ve done. And, well, in a certain way all of it, I suppose.

Because with hindsight, I didn’t start out this way. I didn’t start thinking about things this way. But I’ve come to see the process through which I work as kind of like making a film. And a lot of the films, a lot of the filmmaking, let’s say, that’s gone into my songs, has been documentary in nature. A lot of it. I mean, Gavin’s Woodpile is a case in point. Other–the songs that came later from Central America are, even more so. I think I can thank Allen Ginsburg for some of the influence on that, because the stuff he wrote in the ‘70s about traveling through America is very much like that, and influenced me.

But a lot of it is just an attempt to distill the emotional content of what I encountered into some communicable form, and one of the ways that I’ve found I can do that is by creating these pictures. So often a song will be a combination of more or less cinematic moments juxtaposed in some way that makes them add up to, I hope, something meaningful, and that aren’t in themselves necessarily directly related. I mean, there’s–I have lot of songs like that. The Charity of Night is three completely different scenes over a long period of time, united hopefully by the chorus that kind of pulls it all together.

[Clip of The Charity Of Night – Bruce Cockburn]

A lot of my songs, I rely on visual imagery very strongly, very heavily. So … And on the feeling that the things I encounter visually produce in me. So it’s the feeling that, as I said, it kind of gets the juices flowing. But the content will end up drawing heavily from, from the visual side of things.

PAUL JAY: A lot of artists–musicians and otherwise, but particularly in music–went through the ‘60s, and wrote and continue to write about love, about–if they were on a spiritual path, they kind of wrote about the spiritual path. And to a large extent they wrote to make money. You increasingly wrote about real stuff. I’m not suggesting the spiritual path isn’t also a reality. But you wrote about politics. You wrote about what was going on in the world, what was wrong in the world. And one, it’s not the best way to make money in the music industry. It’s not the best way to break through in the U.S., although ironically, Rocker Launcher did. But generally speaking, political music is not what gets played on American radio.

BRUCE COCKBURN: No, it was a–it was an anomaly.

PAUL JAY: So you made some choices there that–that were down a certain road.

BRUCE COCKBURN: Yeah. I mean, they weren’t very difficult choices to make. I never wrestled with any of it that I can recall. I mean, I was lucky enough to grow up in a household where material needs were taken care of without much–without me having to think about it. My dad, as a practicing physician, made good money, but he never talked about how much he made and never–would never tell us anything about it. And didn’t like hearing it even discussed. He didn’t want us to sit around talking about how much other people made. He was uncomfortable with all that. But the basic needs were always taken care of without any kind of question. So that gave me kind of a start in life that said to me money doesn’t matter very much.

BRUCE COCKBURN: Yeah. It was for me, too.

PAUL JAY: You write in your music–was very much about, you know, having some influence and change–some effect on the world.

BRUCE COCKBURN: It was, it—well, yeah. But really, for me it started out the same way. If you listen to the songs that you could say are spiritual observations from the first album, second album, they’re very interior in their orientation, and – and they’re … they are all about me.

[Clip of Thoughts On A Rainy Afternoon – Bruce Cockburn]

BRUCE COCKBURN: But after, over time, I mean, I take my spiritual involvement very seriously. And I feel like I was led–somebody else might call it something else. But you know, I’ve been led into situations that produced different effects on me.

I’m in a marriage, and the marriage is great for a while, then it’s not so great, then it gets good again, then it’s not, just like any other relationship. But during those times when it’s not so great, well, you know, I could sit around writing bitchy songs about how terrible my relationship is. Or I could be looking for how to fix it, and writing about that. And realizing in the context of some of these kinds of moments, realizing my own insufficiency. I can’t do this without help. I can’t … I can’t be the person I imagine myself being by myself. God’s got to help. For me that’s what it came down to. Other people might be luckier and somebody right next to them would help. But for me it was–I knew I needed God to do that. So–and he did.

BRUCE COCKBURN: So, over time. A long time, right. And it’s still–it’s a work in progress, still.

But the big turning point came for me, really–the set up took longer. Like, you know, in the earlier part of the ‘70s it was started happening from travel, from encounters with new people, and people from different backgrounds. But really, when I got divorced, or when that relationship ended–it’s not really about the divorce, but just the end of the relationship was pretty traumatic for me. And it was traumatic partly because I had made a promise–as had my wife–to God to be together forever no matter what in the church. You know, church I didn’t take particularly seriously, especially as early as the actual wedding took place at the end of 1969. It was like–I liked the idea of getting married in a church because I was obsessed with the Middle Ages, and I liked the stained glass in the tower and stuff, you know, but the–and the stones. But later on it became not so much about the, the building, and much more about why people build buildings like that.

[Clip of Lovers In A Dangerous Time – Bruce Cockburn]

And so when we broke up it’s like I had to face this. It was like I made a promise, and God seems to be saying it’s OK to have broken it.

PAUL JAY: How did he say that?

BRUCE COCKBURN: Well, he didn’t kill us, for one thing, right? We didn’t get struck by lightning. But-

PAUL JAY: But you didn’t have a fundamentalist view of God.

BRUCE COCKBURN: Well, no. I tried to at first, but it didn’t take. You know–because the first thing … I didn’t, we talked about this, I didn’t–having grown up surrounded by the trappings of Christianity, it didn’t really mean much to me until much later when I began to see my own spiritual growth and journey in terms of–in Christian terms. So OK, so I started going to a church eventually. And then I–then I’m sort of going, OK, well, you know, when this–the trauma associated with the breakup came along, it’s like, well, OK, what do you think about this, God? I’m–here I am. I felt terrible, as did my wife, you know, about having broken this promise.

And the feeling that came back from this was it’s OK. You know, this is life. Life is–life isn’t necessarily smooth.

[Clip of Going Up Against Chaos – Bruce Cockburn]

BRUCE COCKBURN: There was no judgment coming from God about this. There was no sense of being required to pay a penalty for it, or anything like that. It was just like, let’s move on. Let’s go to the next place. And the next place for me was, OK, you spent all this time talking about you and your interior, and your interior relationship with the divine, et cetera, et cetera. What does it mean to love your neighbor? I didn’t–I didn’t grow up–the word ‘love’ was never used in our household, really, growing up. It was there, the phenomenon was there, but not the word. And so, I mean, to love your neighbor, that took some digging. I embraced the community culture in a big way, and kind of consciously, because of that.

[Clip of Put It In Your Heart – Bruce Cockburn]

PAUL JAY: Please join us for the continuation of our series of interviews with Bruce Cockburn on Reality Asserts Itself on The Real News Network.