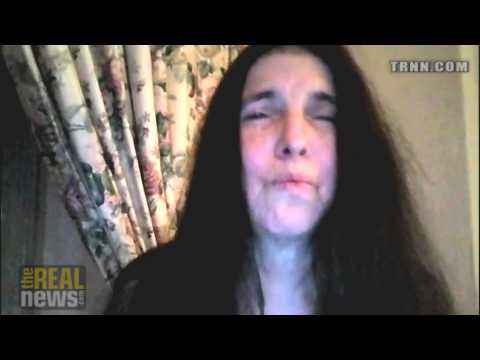 Since the U.S. Supreme Court’s 2012 ruling that states can opt out of Medicaid expansion and the Affordable Care Act, 21 states have done so, and (not surprising) they’re all under Republican control. What is new to this Obamacare saga is a new Harvard University and CUNY study. It found that the lack of Medicaid expansion in these opt-out states will result in about 7,000 to 17,000 deaths a year.

Now joining us to go over the study is coauthor of the report Dr. Steffie Woolhandler. Dr. Woolhandler is the cofounder of Physicians for a National Health Program and professor of public health and medicine at City University of New York.

Thank you for joining us, Doctor.

DESVARIEUX: So, according to your study, nearly 8 million people will not be able to access health insurance because their states opted out. Can you give us a rundown of the health consequences for these 8 million people?

WOOLHANDLER: Yes. Well, we’ll expect between 7,000 and 17,000 of those people to die. We’ll expect about three-quarters of a million, 750,000 people to experience depression that they would have been spared had they had access to health care. We’ll also see that many diabetics will not have access to medications to treat their condition and that women who need pap smears and mammograms will not get the pap smears and mammograms that they need. So we’re going to see a lot of adverse health consequences from what is essentially a political refusal by the red state governors to accept the Medicaid expansion.

DESVARIEUX: And these red state governors, they really have been coming out saying that they cannot afford to expand Medicaid. What’s your response to that?

WOOLHANDLER: Well, that’s completely ridiculous. The first three years of the Medicaid expansion are 100 percent funded by the federal government, and thereafter the expansion is 90 percent funded by the federal government. And, you remember, these billions are going to go into–if they accepted the money, billions would have gone into the state to pay for the hospitals, to pay for hospital workers, doctors, supplies. So it would have been money that would have gone to their states’ economies. So there’s absolutely no economic argument for turning down the Medicaid expansion. The decision by the red state governors to turn down that expansion is purely political.

DESVARIEUX: Alright. But they also say, though, that because the federal government is not going to be funding this beyond that three-year mark, they’re concerned that they’ll have to pick up the tab. What do you make of that?

WOOLHANDLER: Well, over the very long run, the federal share is going to fall. But in the next three, four, five years, the federal government’s going to be picking up most of this. And generally when states do their fiscal planning, they only plan for a few years. They don’t usually make fiscal plans 20 or 30 years in advance. So I think these fiscal arguments are really a ruse. I think the real arguments are political.

You know, I want to say Medicaid is not perfect. You know, Medicaid reimburses doctors at such a low rate that often folks with Medicaid find they can’t see a specialist, they can’t get people to take care of them. Nonetheless, Medicaid is really a lot better than being uninsured. And if you have the opportunity to cover uninsured people with Medicaid, you ought to be taking that opportunity.

DESVARIEUX: Alright. Dr. Woolhandler, I want to talk also about the 24 million people who would still lack health insurance even if their states expanded Medicaid. Who are these remaining 24 million people? And why are they not covered by the Affordable Care Act?

WOOLHANDLER: Well, the Affordable Care Act, as passed, as signed, was only going to cover about half of America’s uninsured. It was going to leave 23, 24 million people uninsured. Most of those people, as it turns out, will be U.S. citizens. Many of them will earn just a little bit too much to be Medicaid-eligible. They may be eligible for subsidies. But a lot of people find they still can’t afford the health insurance, despite the subsidies. You know, particularly as you get up into the 250 percent of poverty range, still pretty low-income, but not really poor, the subsidies are not very good and people have to take a lot of money out of their pocket to pay their premiums. And then, when they get sick, they find that they have these big deductibles and copayments. So, many folks may look at the insurance that they’re offered under the exchanges and say, I just can’t afford it, this is not worth it, I’m going to remain uninsured.

So what we saw in Massachusetts was, when we did the Massachusetts reform–which, as you know, was the model of the national reform–is only about half of the uninsured ended up getting insurance through the reform. The other half remained uninsured. And, of course, that’s one of the biggest problems with the Obamacare reform: even if it had been implemented as passed, if the Supreme Court had said the whole thing is constitutional, it has to be implemented, we were still going to have 23, 24, 25 million Americans with no health insurance.

DESVARIEUX: Alright. Dr. Steffie Woolhandler, thank you so much for joining us.

Dr. Steffie Woolhandler is professor at the CUNY School of Public Health at Hunter College and visiting professor of medicine at Harvard Medical School, where she co-directed the general internal medicine fellowship program and practiced primary care internal medicine at Cambridge Hospital. Dr. Woolhandler earned her bachelor’s degree from Stanford University,  a medical degree from…