Pakistan Cracks Down on Internet Activism

Pakistan Cracks Down on Internet Activism 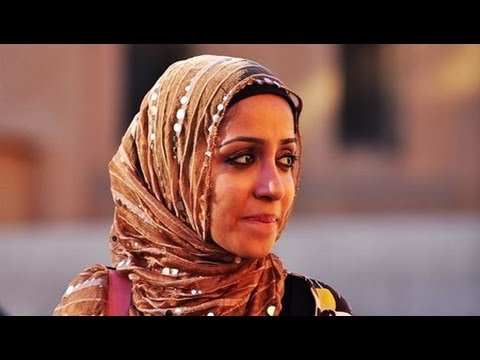 During the last days of the regime of President Musharraf in Pakistan, tens of thousands of people were in the streets calling for an end to the military dictatorship. Okay, now, four or five years later, where are we in Pakistan? Has there been any change in human rights, in the level of democracy?

Now joining us to talk about all of this is Sana Saleem. Sana is the CEO of Bolo Bhi, which means "speak up". It’s a human rights organization focusing on policy and advocacy. And she blogs at The Guardian, Global Voices, and Dawn.com. Thanks for joining us again, Sana.

SANA SALEEM, WRITER AND HUMAN RIGHTS ACTIVIST: Thank you. Thank you for having me.

JAY: So the issue of human rights in Pakistan is a very complicated one, and many issues. But let’s start with the question of the ability to use the internet and social media, which in many countries has helped mobilize civilian resistance to dictatorship. What’s the state of internet freedom in Pakistan?

SALEEM: Well, the authorities have always [incompr.] ever since the media crackdown. The media crackdown in 2008, during the dictatorship of Musharraf and the imposed emergency, was the prime time for social media in Pakistan, because during that time social media sort of [incompr.] started using Facebook orâ€”Twitter was in that timeâ€”essentially, Facebook and Skype channels to mobilize protesters [incompr.] protests and everything. So during that time, the social media scene really got caught up and really got highlighted in the mainstream media. We usually say that how Egypt did it, now we did it during the dictatorship of Musharraf, because it was used very, very effectively, SMS channels and Skype and Facebook and Facebook pages, to mobilize [incompr.] There were nearly tons and thousands of students making pages and speaking to mainstream media journalists and trying to get them to do programs and, you know, putting up videos on YouTube, because people couldn’t see anything that was going on in Pakistan at that time [incompr.] police brutality during protests. We’ve done all of that that Egypt did now during the 2008 crackdown.

And after that, during the dictatorship, we were expecting that because we are the same people, because this is the same technology that was used to aid democracy and end dictatorship, the government would be more sort of appreciative of [incompr.] That hasn’t happened. Pakistani government has sinceâ€”in fact, even before Musharraf, has actively sort of cracked down on the Internet. But after the 2008 protests, especially, there’s been a lot of crackdown. There’s no [incompr.] no transparency in the number of sites that have been blocked. And usually these are blocked on the basis of either blasphemous contentâ€”and, again, it’s very vagueâ€”or suggesting that these are against national security. So, for example, Baloch national websites were heavily blocked. Websites reporting genocide in Balochistan have been heavily blocked. There are lots and lots ofâ€”because in Balochistan there is essentially no local newspapers, or local newspapers there are not [incompr.] in the rest of the country.

JAY: And just very likely, for people that don’t know the situation, Balochistan is a very, very poor and very, very resource-rich section of Pakistan that has a national struggle. And there’s a lot of conflict there with the Pakistani military. Is that right?

SALEEM: Yes. There’s a lot of conflict, and it’s just sort of worsened in the recent times because of all these abductions that have happened and because theseâ€”there are a lot ofâ€”over the past two years, a lot of dead bodies and mutilated dead bodies have shown up on roadsides. And because there’s absolutely no coverage, it’s a media black hole, Baloch activists have actively used social media to sort ofâ€”now they’re actually using Twitter as well, but they’ve been actively using [incompr.] to createâ€”like, put up pictures of mutilated bodies and to report the human rights crisis.

So the Pakistan Telecommunication Authority has done a complete blackout of these Baloch websites. You cannot access them from Pakistan. That’s one angle of it, that’s one angle of human rights [incompr.] But they could block nearly anything withoutâ€”because there’s no legislation and there’s no e-crime organization. So if they were to charge someone for e-crime, they try them under the Terrorism Act, which sort of also risks the life of activists who are working on this, because Terrorism Act is really hefty. E-crime is [incompr.] So they try them under Terrorism Act. Either it’s that or it’s blasphemy.

During 2010, we saw a Facebook blackout in Pakistan. I don’t know if more people are aware, but there was a campaign called [incompr.] One of the campaign speech showed up on Facebook, and the Pakistani government decided to not only block Facebook but also deactivate all BlackBerry services. That remained blocked for months. They blocked YouTube, they blocked Google, they blocked [incompr.] and they blocked around 30,000 other websites without any notification. And it was a period of one month that was complete blackout. And it has been reinstated since then.

But what they do is the Ministry of IT or the Interior Ministry or the agencies call the ISPs and get whatever content they want blocked blocked out. It could be a Facebook page, it could be a URL. So now these telecoms and ISPs have sort ofâ€”because this blocking uses so much of their resources, they’ve recently, this past week, sort of opened a proposal, sent in a proposal to international companies to apply for a URL filtering and censoring system. So they’d like to acquire it. And it’s going to be costing the Pakistani government around about $10 million. And in layman terms what it’s going to do is it’s going to allow them to block over 50 million websites, more than 50 million websites at one time. And this isâ€”to give an example, they’re going to convert the internet in Pakistan exactlyâ€”replicate the China firewall in Pakistan. So if, let’s say, China does not let its citizens Google "Tibet", they could doâ€”Pakistani government is more likely to do similar [incompr.] to Google "Balochistan" or human rights atrocities. And the deadline is on March 2, and they’ve already ruled out the scheme [crosstalk]

JAY: And is there any indication whether Google, Yahoo!, and some of the big American companies are going to cooperate with this?

SALEEM: They haven’t askedâ€”. You see, that’s the point. Like, they haven’t askedâ€”. With Facebook, Facebook has cooperated with them, and Yahoo! has cooperated with them. They’ve constantly asked Google to cooperate with them as well. They have asked big companies to cooperate with them. But [incompr.] because in Pakistan, majority of the time there’sâ€”the way the system’s designed, they’re not used to going to an authority and asking them to do something. They like to take control and shut it down. An example of this is a few years ago there was a video that appeared on YouTube, and it was a video of the president, President Zardari, giving a speech during a protest. And he used the word "shut up". He said "shut up" to someone in the crowd. Just to censor that video, they [incompr.] they didn’t ask YouTube to remove [incompr.] and whatever. They went straight and gotâ€”in trying to get it blocked, they got the entire global YouTube system down. It was a complete YouTube blackout, global YouTube blackout for one hour because they messed the system up so much. So they’ve constantly not wanted any intervention from the other companies. They’ve just wanted to just go ahead and do it themselves.

JAY: So with this new firewall, they don’t need anyone’s cooperation.

JAY: Thanks for joining us, Sana.

SALEEM: Thank you. Thank you for having me.

Sana Saleem is CEO of human rights organization Bolo Bhi, which means “Speak Up.” The organization focuses on policy, advocacy and research. She’s an activist and blogger at The Guardian, Global Voices and Dawn.com.