Families of Soldiers Call for Investigation into Deaths After Military Hazing

Hearings will take place in Afghanistan, though advocates and the soldierâ€™s family want them to take place within the US

Hearings will take place in Afghanistan, though advocates and the soldierâ€™s family want them to take place within the US 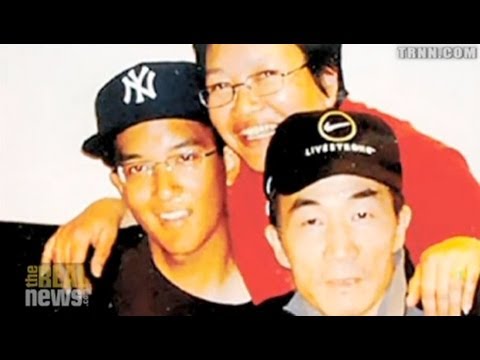 JAISAL NOOR, JOURNALIST: When the Army informed the parents of Danny Chen that the 19-year-old Army private had died of an apparent self-inflicted gunshot wound in Afghanistan, they reacted with disbelief. Chen had not exhibited signs that he was suicidal, and had just asked his family to send him additional supplies. He also had told family members that fellow soldiers targeted him with racist abuse.

Chen’s parents, Chinese immigrants who don’t speak English fluently, turned to their community for help. Activists in New York’s Chinese-American community enlisted the support of local politicians, held a vigil, marched to the Pentagon, and posted a video on YouTube, all to raise awareness and demand answers about Chen’s death.

DANNY’S COUSIN: On October 3, my cousin Private Danny Chen was found dead in Afghanistan. But he did not die in combat.

DANNY’S CLASSMATE: A week before Danny died, he was laughing with us on Facebook

DANNY’S FATHER: What happened to Danny?

NOOR: The effort successfully captured the media’s attention and on December 21 the military announced preliminary charges against eight of Chen’s fellow soldiers connected with his death. One week later, Army investigators met with Chen’s parents and revealed that he had faced extensive racial harassment.

ELIZABETH OUYANG, CIVIL RIGHTS ATTORNEY: He was required to do bed crawls over gravel while soldiers threw rocks at him. He was subjected to racial taunting, like being called gook, chink, and dragon lady. In one incident he was made to wear a green hardhat and give instructions to other soldiers on how to put up a tent in Chinese. Danny was the only Chinese person at this platoon.

NOOR: The harassment campaign culminated on the day of his death when he reported for guard duty but forgot his helmet.

OUYANG: They made him go back to get it. And then they made him do a bed crawl over 100 meters of gravel while soldiers threw rocks at him. And then shortly that morning a gunshot was heard, and Danny, according to the investigators, was lying on the ground with his rifle next to him.

NOOR: Ouyang says not all of the family’s demands have been met, including securing a hearing for the charged soldiers on U.S. soil.

OUYANG: They did not want the soldiers to plea bargain to any lesser offense. Five of the six have been charged with negligent homicide and involuntary manslaughter. Whether homicide or suicide, there’s no question that their actions drove Danny to his death.

NOOR: As supporters and loved ones continue to press for justice, organizer Esther Choi says the Asian-American community’s advocacy made a difference in speeding up the military’s response.

ESTHER CHOI, RACIAL JUSTICE ORGANIZER: â€”because I think if we hadn’t had that action and we hadn’t built up that attention, then it could have just been another passing thing that no one would have paid attention to.

NOOR: Chen’s case has given a hope to other families seeking answers about loved ones in the military who died under suspicious circumstances. One case with striking similarities is that of Hamson Daniels McPherson Jr., a 21-year-old U.S. Marine who the military says took his own life by dousing himself with gasoline then lighting himself on fire while stationed at a base in Okinawa, Japan. McPherson was also a New Yorker and son of immigrant parents, and just like Chen, McPherson’s family also alleges that he was subjected to racist hazing by fellow soldiers leading up to his death. His father, Hamson McPherson Sr., said his son’s problems began in late 2010 when he responded to racist taunts.

HAMSON MCPHERSON SR.: He called and he told me. You know, he says, "Daddy, I’m sorry, but I had a problem." I say, "What happened?" He says a white Marine constantly called him "cotton picking nigger", and he loses it, he lost his temper. They fought, and this Marine got the worst of it.

NOOR: McPherson says his son continued complaining of racist treatment over the next six months until his death in May. The military has not identified the two individuals who they say witnessed the incident. Officials say that a security camera that would have recorded McPherson’s death was not functional at the time. The McPherson family received a visit from the military, which further fueled their doubt over the circumstances surrounding their son’s death. The investigator brought along what he said was a suicide note, but McPherson’s 18-year-old sister Danielle says she questions its authenticity.

DANIELLE, SISTER OF HAMSON MCPHERSON JR.: I asked, can I look at it? And then they gave it to me, and it was on plain printing paper, and it was handwritten, and it was a whole bunch of stuff he would never say. And then it wasn’t even hisâ€”like, I can’t read his handwriting. I have to squint. And it was kind of neat. So it was weird. It didn’t look like he would write it.

NOOR: The family says the military refused to accept a sample of McPherson’s writing to help verify the note’s authenticity. Unlike Chen’s family, the McPhersons have not been able to rally support for his case.

DANIELLE: We have tried to get people involved, but I feel like people have this mental block about the military and the power that they have. And they think, like, they don’t want to get involved because something could happen to them, or they’re scared to be put out there like that. So we’ve tried to have the same thing going, but we just don’t have the same type of people behind us.

NOOR: The McPherson family says they hope the massive media attention Chen’s death has received will help their efforts and pressure the military to fully investigate how Hamson McPherson Jr. died. As both families await details of the deaths of their loved ones, they say they will continue raising awareness until those responsible are brought to justice. They’re also calling for the military to institute reforms that will prevent similar race-based hazing in the future.

Reporting for The Real News and FSRN, this is Jaisal Noor in New York.