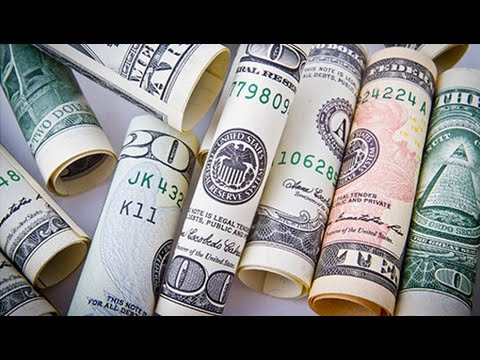 JAISAL NOOR: Welcome to The Real News Network and welcome on Facebook Live. This is live on Facebook right now. I want to make sure that this is coming through loud and clear, so if you’re watching right now, please let me know and give us a comment on Facebook that you can hear this loud and clear.

So it’s official — Portland has become the first city to tackle the nation’s skyrocketing inequality by taxing exorbitant CEO pay. A portion of the Dodd-Frank Law will force corporations to report CEO-to-employee pay ratios to the SEC starting next year. And using that information, Portland will tax companies who do business with the city and pay their executives a hundred times more than their workers.

Well, now joining us to discuss this is Steve Novick. He’s a Portland City Commissioner. Thanks so much for joining us, Steve.

STEVE NOVICK: Thanks so much for having me.

JAISAL NOOR: So you were a key force behind this bill, explain exactly how this works.

STEVE NOVICK: The way this works is there’s about 540 publicly-traded companies that do enough business in Portland that they pay our tax on business profits. So when the SEC information comes out next year, our revenue bureau will look at the list of companies, the publicly-traded companies that do business in Portland and pay our tax. And they’ll look at the SEC disclosures and if a company pays its CEO more than a hundred times what it pays the typical worker, then they’ll pay a 10% surcharge on the business income tax they would ordinarily pay. So, like, if they were paying $1,000, they’d pay $1100. If they pay their CEO more than 250 times what they pay the typical employee, then if they pay $1,000, they pay a 25% surcharge, they pay $1250.

JAISAL NOOR: And so to remind our viewers we are live on Facebook so please send us your questions.

So, with any type of measure that’s sort of tackling inequality and taxing business — for example, raise the minimum wage as well — you’re going to have your detractors. Now, opponents of raise-the-minimum-wage will say, “Hey, the companies are just going to move out of town.” Can that happen in this case? And how do you respond to those arguments?

JAISAL NOOR: I was reading Fortune, which, of course, is sort of critical of this and they quoted Sandra McDonough, who’s the President and CEO of the Portland Business Alliance, which is the city’s Chamber of Commerce, she said the tax will have virtually no impact on addressing income equality. She said, “This tax is yet another signal that Portland is hard on businesses that want to invest here.” She said, “I really think this is more of a media stunt than a real sincere effort to address income inequality.”

Some pretty strong words, how do you respond to that?

STEVE NOVICK: So, if only Portland took this measure then it wouldn’t make much difference. But we’re getting a lot of national and international publicity and I think a lot of other jurisdictions will adopt this kind of tax surcharge on companies with outrageous CEO pay. And if enough jurisdictions do that, then corporate America is going to have to take notice and the shareholders of America will realize they’ve got fewer after-tax profits to divvy up because they have such an outrageous ratio of CEO pay to typical worker pay. So I do think that once it’s followed by other jurisdictions this will make corporate America take notice. And I will note that several internationally known economists who study inequality, like Thomas Piketty and Emmanuel Saez and Branko Milanovic, have all spoken favorably about this proposal. They think it can make a big difference.

JAISAL NOOR: And it’s expected to raise around $3 million a year, what is that money going to go towards?

JAISAL NOOR: And, of course, President-elect Donald Trump has a growing number of ex-Goldman Sachs bankers — I think it’s three now — that are going to be in his cabinet or high positions in his administration, he has former hedge funders, billionaires, so you’re not going to see these kind of policies on a national level in the next four or maybe eight years. Talk about why this sort of initiative is important for this to happen on a local level.

STEVE NORVICK: Well, again, there’s enough states and cities and counties out there that, even if the Federal Government doesn’t do something similar we could have an impact. It’s also interesting, you know, that Donald Trump has personally denounced outrageous CEO pay. And Theresa May, the new British Prime Minister, the Conservative Prime Minister, has called for something like the SEC rule, requiring disclosure of CEO pay ratios to typical worker pay. I know that the Republicans are planning to take a run at getting rid of Dodd-Frank altogether, but Chuck Schumer has said that he thinks he’s got the votes to keep it. And this would be a particularly hard provision of Dodd-Frank to overturn, I think, because some of the rules of Dodd-Frank are kind of arcane things about banking. The idea that corporations have to say how much more the CEOs make than their typical workers is something that’s easy to grasp and I think that Elizabeth Warren and Bernie Sanders would beat the hell out of the Republicans, and Trump, if they tried to get rid of that provision.