Ariel Sharon came to power as a cunning politician, running as a 'security' candidate during the second intifada, and forming the Kadima party to appear 'centrist' when compared to Likud

Ariel Sharon came to power as a cunning politician, running as a 'security' candidate during the second intifada, and forming the Kadima party to appear 'centrist' when compared to Likud 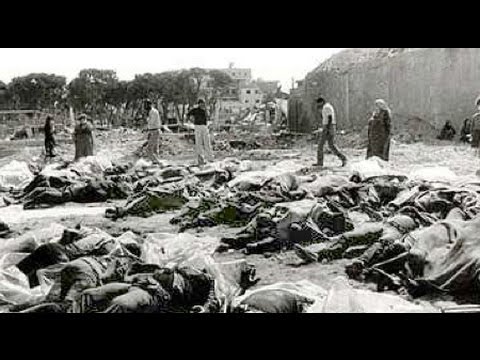 Thank you for joining us again, Shir.

RIVARA: What did Ariel Sharon symbolize? And what made him such a historic figure?

HEVER: Sharon symbolized different things to different people. Most of all he symbolized the most dark aspect of Israeli society and the Zionist movement to Palestinians, to Lebanese people, who suffered under the attacks that he orchestrated. Nakba And in many ways he is Israel’s second-worst war criminal in the history of Israel after Ben-Gurion, Israel’s first prime minister, who orchestrated the Nakba, the deportation of the majority of the population of Palestine.

But Sharon was somebody who was symbolized as a brilliant military leader and a conniving politician with a great ability to lie. And it was to a point of extreme, where people found it–even inside Israel, some people found it surprising that he’s able to keep on resurfacing and gaining more authority and more positions of power after having been caught in additional scandals, in additional lies.

There was common talk amongst Israeli leftists when I grow up in Israel that when the day comes that Sharon will ever become prime minister, that means we have to leave the country. That is, like, the red line that Israel is no more livable. And yet when it actually came–nobody actually left the country, or very few people did because of that, because it somehow–memories tend to fade, people tend to forgive and consider the new image of Sharon that he adopted before becoming prime minister as a more moderate person, although we should remember that he became prime minister by provoking a very violent confrontation with Palestinians on Al-Aqsa Mosque while Ehud Barak was prime minister. And this provocation was one of the main reasons that led to the outbreak of the Second Intifada. And with the outbreak of the Second Intifada, he was able to become prime minister in the election, because he was Mr. Security.

RIVARA: What is the significance of his death? And how will he be remembered, and by who?

HEVER: Sharon’s death is somewhat of an anticlimax because he was in a coma for seven years now, and this is something that was rather unexpected. People thought that when he had a stroke, that he’s going to die quite shortly. But I think the family insisted on keeping him on life support as much as possible.

But I have to say that even though Sharon symbolizes so much of the darkest aspects of Israel society and the Zionist movement, to me, I nevertheless mourn the fact that he died, because there was also a great hope amongst leftists, amongst critical voices, that Sharon will be tried for war crimes. Being the second most violent or the second most deadly war criminal in Israel’s history, he would be a prime candidate to stand in front of the International Court in the Hague and to answer for the crimes that he committed. And this is something that, of course, would not be possible after he died. And in many ways, a lot of people who were hoping for this sort of symbolic trial to symbolize that you cannot perpetrate such terrible crimes without paying a price for them, without being accountable for them, are severely disappointed.

RIVARA: Ariel Sharon formed the Kadima Party and referred to it as centrist. And, Shir, I wanted to get your response to that.

HEVER: This is another one of the very brilliant ploys that Sharon made, because the reason that he formed this party was because the Likud Party was not willing to go ahead with the withdrawal from Gaza. And this was mostly a symbolic thing. Sharon understood that symbolism aside, the strategic thing to do for Israel is to withdraw the colonies from Gaza and put the Gaza Strip under siege. And the Likud Party was not willing to go along with that. Sharon formed his own party.

But this is not a party about promoting the peace process or about recognizing the rights of Palestinians; it was a party about being more pragmatic and practical in making the occupation more sustainable. But because he positioned it within Israel’s very strange political system to the left of the Likud Party, it made it seem as if it’s a centrist party. And the person who has to thank the most to Sharon for this movement is Tzipi Livni, who is currently Israel’s minister of justice, because she became the head of that party not immediately after Sharon, but after Ehud Olmert, who was prime minister after Sharon. And Tzipi Livni continues to be considered by the international media as a centrist, or even as a moderate Israeli politician, because she’s associated with this party, because this party was made to be seen by Sharon as if it is a party that is willing to promote the peace process while–and this is despite the fact that we have so many evidence, so much proof that everything that this party has ever done was actually to sabotage the peace process, to continue to expand the occupation, to build additional colonies. Even was Sharon was withdrawing from Gaza in the year 2005, the number of colonists in the occupied Palestinian territory during the year 2005 has actually increased, because he was withdrew 8,000 colonists from the Gaza Strip but pushed 20,000 colonists into the West Bank. So he increased the number by 12,000. And that’s just something that the media didn’t bother covering.

RIVARA: Shir Hever, I want to thank you so much for joining us.

HEVER: Thank you, Kayla, for having me.