Sex-For-Repairs Victim: ‘I Felt Like I Had to Do This to Keep My Home’ 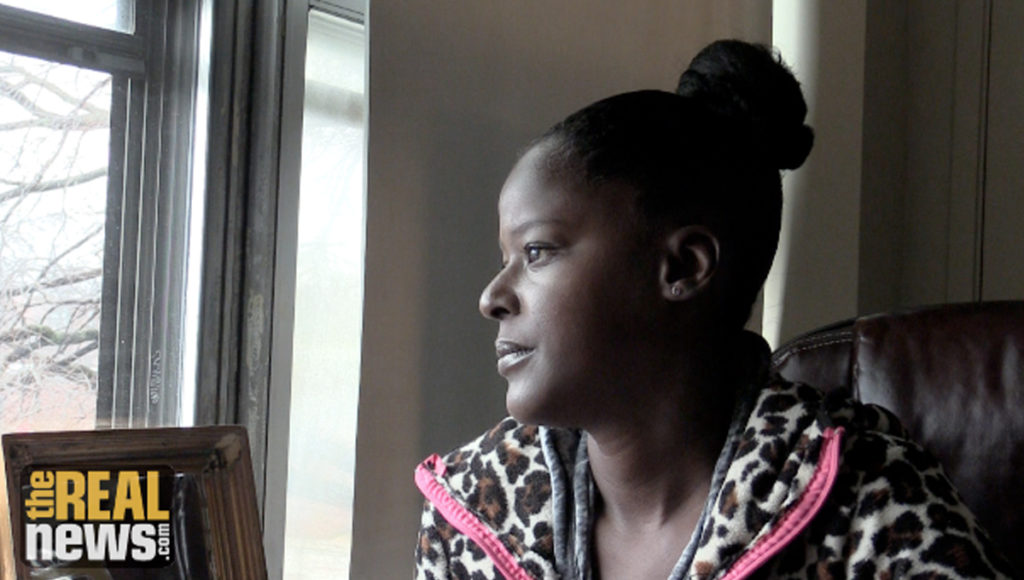 TANETTA WILSON: I suffer with manic depression. Living here and going through the situation and the things that I’ve been complaining about, it seems like no one is listening to me. No one is trying to give me information about the problems that I’m having. You know, this is my last straw of getting someone to actually listen to me and pay attention to what I’m saying here.

I had an incident where my electricity went off in my kitchen area and I called the maintenance worker around to help me with my lighting. He brought a generator in here and said that this would help. He came back the next day and he actually told me it will be $150 for me using this generator. And I didn’t have the money at the time and I was in a compromised position. I had to do what I have to do in order to pay that bill.

He just stated that we can clear the bill up if you perform a sexual act with me. I felt horrible. I felt disgusted. I felt like I had to do this in order to keep my home running. I felt like I had to do this. I have two children. I’m a single mom. If I lose this apartment, I have nowhere else to go. So, I had to do what I had to do in order to keep a roof over my head and my children head. Yes, I am embarrassed. I am ashamed. But I don’t feel like I need to carry this weight by myself. He needs to be penalized for his actions too.

It’s hard for me. It’s very hard for me to express exactly what happened. I’m still trying to cope with it right to this day.

TANETTA WILSON: I will see him maybe in passing going to the store. He never said anything to me. And after a while, he just disappeared. Maybe a month later he just disappeared. I haven’t seen him no more. But I do know what he looked like. His genitalia, everything that I can describe to let them know in detail.

I was a part of the first class action lawsuit. I actually had to fill out this paperwork here and get it notarized. And they disregarded this as well. So, I was also asked to come to the Department of Investigations to fill out a piece of paper with my information and my statement.

So, when I called to inquire about the results of the investigation, she stated to me she couldn’t tell me anything. And my concern was who did you investigate? Because they never let me come to the office to exactly point out this maintenance worker that I’m talking about. And he could still be working right to this day. I would say to him, “You used me for your purposes.” I’m going to ask God to bless him and help him. I have no ill feels of him. I just want him to acknowledge his fault.

This map here is a map of all the people that I have met in the United States of America. And we have built wonderful friendships. We have been able to share with each other, and help each other out, and motivate each other, and lift each others spirits up. That’s my friend, Toben. I’ve met him about two years ago. He’s 17 years old. He’s a new dad and he was kind of afraid, and scared, and worried about being a father.

So, we would talk and I would let him know that he’s doing a wonderful job taking care of his child. He had to grow up a little fast. Like any given day, I can just be talking, and I can be talking to someone in Florida. And it makes me feel like I’m under the palm trees on a beautiful beach and having a wonderful conversation with them.

And sometimes my friends down south will come on and I feel southern. You know, I feel Southern. And they tell me about the home-cooked meals. I watch them cook Gumbo and things that I never thought I’d be able to experience. Live Me allows me to be with different people in the United States of America.