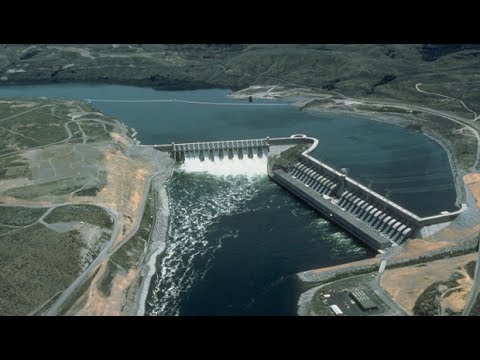 The Trump administration took a big step towards repealing water protection rules on Tuesday. The EPA and the Army Corps of Engineers unveiled a proposal to rescind the Waters of the US – WOTUS rule – following an executive order signed by President Trump in February. This comes on the heels of the Flint, Michigan water crisis where state and city officials were charged just a few weeks ago for mismanaging the drinking water supply.

Research also suggests that 47 locations in 27 states are exposed to drinking water that has been affected by highly toxic perfluorochemicals. The study by the non-profit organization the Environmental Working Group and Northeastern University in Boston says the contaminated water is being consumed by 15 million people. Some estimates show that the WOTUS rule is actually protecting the drinking water for one-third of Americans, so will the regulation for rolling all of this back by Trump and Pruitt lead to more pollution and toxins in American drinking water?

That’s the question we’re about to answer with our guest Scott Edwards. He is the co-director of the Climate and Energy Policy Team at Food & Water Watch. Scott, thank you for joining us and coming back on The Real News Network.

SCOTT EDWARDS: Sure. Thanks for having me, Sharmini. Good to be here.

SHARMINI PERIES: Scott, what exactly is the Waters of the US, WOTUS rule, and what is getting rolled back?

SCOTT EDWARDS: The rule that’s being pulled back by the Trump administration was put in place a couple of years ago in 2015. Really what it did is it brought some certainty to what waterways in the United States actually come under the protections of the Clean Water Act. It’s been an ongoing debate for the last several, basically since the Clean Water Act was enacted in 1972, exactly how far the government could reach to protect waterways. There were a couple of cases before the Supreme Court, which began to bring some definition to what it could do and what waterways were protected.

Certainly, it is to everybody’s benefit that the Clean Water Act attaches to as many waterways in this country as possible. So in 2015, EPA put out this rule that, there’s a lot to the rule, but in essence, it said that any waterway that has a significant nexus to waters of the United States, to our rivers and our lakes and our streams, is protected under the Clean Water Act. So wetlands and different pools and streams, tributaries. It was an attempt to strengthen … Again, at Food & Water Watch, we actually think it didn’t go far enough to be clear, but it did put in place some protections for a good number of our waterways in this country and said that you can’t pollute them.

SHARMINI PERIES: WOTUS was a rule that was established or passed when?

SHARMINI PERIES: 2015, so towards the very end of the Obama administration. Had there been water protections rules in place prior to that?

SCOTT EDWARDS: There was. One of the concerns of folks was that it was being done sort of on a case-by-case basis. There were a lot of waterways, the Great Lakes, Chesapeake Bay, the Hudson River that clearly are covered under the Clean Water Act, and that can’t change. The real debate about the Clean Water Act was when you started to look at more isolated bodies of water, isolated wetlands and pools and those kinds of things.

So over the years, what typically happens is the Army Corps or EPA would come in and say to something, a developer or an agriculture operation, say, “You can’t fill that wetland” or “You can’t discharge pollution into that ditch that goes into the stream because the Clean Water Act protects those things.” Sometimes, those developers or those agricultural operations would say, “This isn’t a Clean Water Act protected waterway,” and they would go to court, and the court would have to figure this out.

So the debate’s been ongoing. What the rule tried to do was bring some uniformity to the protections, so there’d be less litigation and a clear understanding of what exactly the Clean Water Act protected and what it did not protect.

SHARMINI PERIES: Right. In this age or the Trump administration’s period we’re going through where regulation is not very popular, deregulation is popular, the argument that is being used is to devolve the responsibility of regulation to the states and cities so that local decision making could take place. In theory, that’s not such a bad idea. Why is it important to have federal or national regulation on this stuff?

We have several states in this country who are very much beholden to industry. If you look at the power of the oil and gas industry in a state like Texas, if you look at the ag industry in many states across this country but particularly out in the Midwest, state governments and state courts, state agencies are very susceptible to corporate pressure. That’s not to say the federal government is not. Certainly, these days it is not. But the idea behind this was to create at least a federal safety net that would apply across the country so that you wouldn’t …

The other big part of it was that you wouldn’t have this patchwork of varying state regulations and standards in place. Ironically, that’s one of the things that that industry always yells about in terms of rule making and protections and standards, is that there needs to be a federal framework in place to create some kind of stability and some kind of … Instead of this patchwork approach that they often fight against. So state control over our clean water …

And the other issue is our waters are not bound by state boundaries. All of our waterways flow into one another, and they all flow into the ocean, just like our airshed. These are also very much a federal concern, a federal jurisdiction. It wouldn’t make sense to do this on a state-by-state basis.

SHARMINI PERIES: Right. Even if the WOTUS, which is a federal law, stays in place, I understand all kinds of loopholes like the Halliburton loophole that came under the Bush and Cheney administration, which of course allows fracking, for instance, to take place and contaminate our water. Will those kinds of rules still be in place if this WOTUS is rolled back?

SCOTT EDWARDS: Sure. A lot of the loopholes are built into other statutes, the Safe Drinking Water Act and the Resource Conservation Recovery Act, hazardous waste laws. The biggest opponent of WOTUS was the agricultural industry. They were the ones who really railed against this because, again, from our perspective, it certainly didn’t go far enough, but what it did do is it started to try to put in some standards in place about what kind of agricultural runoff and discharges would be covered under the Clean Water Act.

The ag industry has been … As it becomes more increasingly industrialized, and you get these big mega-corporations running our ag industry these days, it is increasingly becoming a significant source of pollution in this country. The biggest impairment to our waterways in the United States is from nutrient pollution, nitrogen and phosphorous. Look at the Great Lakes or the Chesapeake Bay or the Gulf of Mexico. They’re being killed every summer, those water bodies, by algae blooms from excess nutrients.

SCOTT EDWARDS: So they were the ones who have been trying to avoid regulation. WOTUS made, and again, not great inroads but some inroads into making ag more responsible and bringing more of the drainage ditches and other water bodies on these facilities under Clean Water Act jurisdiction.

SHARMINI PERIES: Yeah. It seems that you’re right about that because the EPA administrator, Scott Pruitt, said in a statement that EPA, and I quote here, “is taking significant action to return power to the states and provide regulatory certainty to our nation’s farmers and businesses.” Give us a sense of why farmers are actually particularly concerned about these regulations of protecting water, and why is it that they need to use these chemicals in farming, and are there ways in which the government can facilitate them out of this need that they have?

SCOTT EDWARDS: Yeah. It’s a complex question. Agriculture has traditionally always evaded strict environmental regulation in this country. I’m talking about both crop operations and, an area we work on a lot are the big livestock operations. There could be an argument made that 50, 60, 70 years ago when farms were small and more sustainable, that there was some justification in treating them in a special manner. But certainly, with the Clean Water Act’s 1972, by then, we started to see massive industrialization of agriculture. Certainly, that’s ramped up over the past several decades.

Today, many people in this country still have this notion of a farm as it was back in the 1940s or ’50s, this pastoral, beautiful, sustainable facility. It’s not that anymore. These are highly industrialized, these animal factories are massive operations. So the entire model has shifted, but our perception of farms has not really shifted, and we still, our legislators, and it’s a very powerful lobby, American Farm Bureau Federation and all of the different industry groups are extremely powerful, persist in this carveout of agriculture from many of our laws. So they’re used to not being regulated, and you’ll find these big industrial agri-business companies hiding behind this false perception of the struggling family farmer who shouldn’t be regulated.

It’s not like that anymore. What’s happening are these big corporations are demanding that these farms produce more and more and more. The [inaudible 00:12:22] are becoming, like I said, massive in size. More animals being produced. More manure being produced by these facilities. There’s nowhere to put it. The notion was, “I’m going to grow a few heads of cattle and some chickens. I’m going to take that manure, I’m going to grow corn and properly fertilize the crops, and it’s this wonderful symbiotic relationship between fertilizer and” … It’s not like that anymore.

You’ve got hundreds of thousands of birds on one facility, thousands and thousands of cattle. There’s nowhere to dump all the manure. They’re just dumping it in open fields, putting it in lagoons. They’re dumping massive amounts of fertilizer on our crops, and this is all washing off. Part of this push, this industrial-scale push in farming and massive production of both manure and chemical fertilizers, and then really disposing of that waste. Not fertilizing fields. Disposing of waste on crops. That ends up in our waterways.

SHARMINI PERIES: Yeah. Scott, this is a big issue. We have to end this segment, but next time we talk, we’d like to book you again, where we are actually talking only about the solutions to this problem and what the public can be demanding and what other solutions there are in order to get control of our water. I’d like to have you back for that. Thank you so much for joining us today.

SCOTT EDWARDS: Sure. Thanks for having me. Have a good night.