Shaimaa al-Sabbagh, Member of the Socialist Popular Alliance Party Moments Before She was Killed by Riot Police in Cairo 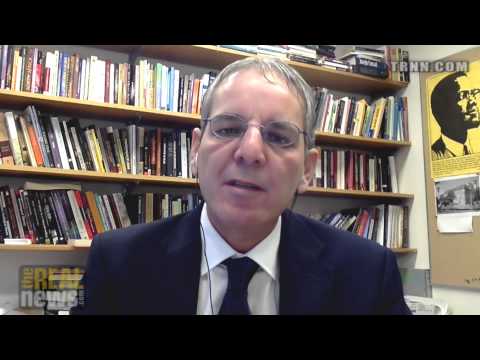 SHARMINI PERIES, EXEC. PRODUCER, TRNN: This is The Real News Network. I’m Sharmini Peries, coming to you from Baltimore.

The Egyptian revolution of 2011, locally known as the January 25 revolution, was being celebrated. Shaima el Sabag, a 31-year-old mother and poet, was shot by masked riot police officers on January 24 while heading to Tahrir Square in Cairo to lay flowers for those who she lost during the Tahir Square revolution.

VOICEOVER, HUMAN RIGHTS WATCH REPORT: On January 24 in Cairo, a 32-year-old political activist and mother, Shaima el Sabag, came to celebrate the anniversary of the revolution. And within minutes, without any apparent provocations, the police arrived, tried to disperse the crowd, and she was shot in the back and died from her wounds on the way to the hospital. Shaima was hit in the back, in the neck, on the side of her face by what looks like to be bird shot. And, in fact, the medical authorities confirmed that she was fatally shot with birdshot that killed her by lacerating or lungs and heart.

PERIES: Now joining me to discuss what happened is Professor Seif Da’na. He is professor of sociology and international studies at the University of Wisconsin, Parkside.

Thank you so much for joining me, Professor.

PERIES: So, Professor, describe for me what exactly happened and why this took place.

DA’NA: Well, it was the first anniversary of the January 25, 2011, revolution of Egypt that ousted Mubarak back in 2011. And many activists were celebrating that day or commemorating that day. And the military and the security forces from the current Egyptian regime attacked them. And Shaima was, of course, one of the victims. She was shot directly, shot and was killed.

But I think a more significant and a broader context is essentially the context within which the counterrevolution took place not only in Egypt but all over the Arab world. And we’ve seen that also in Tunisia and other places. And that is basically the ideological onslaught on the revolution.

The Arab Spring began with clear socioeconomic demands. A majority of the Arab people were actually demanding change in the economic system that existed in the Arab world. Essentially, governments were pursuing neoliberal agendas that impoverished the majority of the population significantly or a significant part of the population. So we’ve seen clear socioeconomic demands from the very beginning.

And then many Arab intellectuals, whether knowingly or unknowingly, proposed the idea of democratic transition. And democratic transition basically is really a new idea here in this context that was used and manipulated by the old regime to reproduce itself with new faces. And that’s essentially what we’ve seen in Egypt.

Now, the idea of revolutions doesn’t entail–I mean, in the history and literature of revolutions there is no such thing as transitional periods. We have replacements of systems, economic systems, with other economic systems, political systems with other political systems. So, essentially, in the last four years in many places in the Arab world, but particularly in Egypt, what we’ve seen is using this so-called transitional period, undemocratic transition by the old regime to reproduce itself. And we’ve seen four subsequent regimes in Egypt–Mubarak, the SCAF (the Supreme Council of the Armed Forces), then the Muslim brotherhood, then the Sisi regime currently, the military regime. And interestingly enough, they are all–they have differences and they have clashes, but they all agreed on one single thing, which is following the same economic policies, which was originally demanded–was a demand of the people to change in 2011, back in 2011.

PERIES: Professor Seif Da’na, let’s continue this discussion in a second segment on The Real News Network. Thanks for joining us.

Seif Da’na is Professor and Chair of the Sociology and Anthropology Department at the University of Wisconsin-Parkside. He specializes in the Middle East and North Africa.