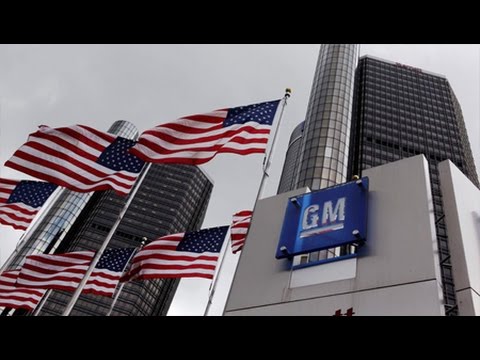 The case of the life threatening faulty ignition switch in GM Motors cars that they knew about and concealed since 2002, which caused the death of at least 124 people was settled on Thursday. The Department of Justice announced it had reached a $900 million settlement with General Motors, requiring GM to pay out damages. But no one will go to jail, and this has enraged victims and consumer advocates alike. GM acknowledged it knew that the faulty ignition switch that could turn a car off while it was still running as far back as 2002, but did not warn authorities. Instead it waited until last year to begin recalling some 2 million affected cars.

The failure to disclose knowledge of this life-threatening danger to authorities was the basis of a criminal lawsuit. CBS News spoke to Laura Christian, who lost her daughter in a car crash with the faulty ignition.

LAURA CHRISTIAN: The individuals at GM need to be held accountable. I just feel bad for all the other parents out there that will never feel like they have received true justice.

Now joining us to talk about all of this is Rena Steinzor. She is a professor of law at the University of Maryland’s Francis King Carey School of Law and founder and past president of the Center for Progressive Reform. Prof. Steinzor, thank you so much for joining us today.

RENA STEINZOR: It’s a pleasure to be with you.

PERIES: We have heard the calls for holding individuals accountable, corporate or otherwise, but the Department of Justice has defended its actions, and the United States attorney Preet Bharara said that GM employees cannot be prosecuted because they were not breaking the law. Let’s have a look.

ATTORNEY PREET BHARARA: It’s not the case that it’s actually a criminal violation to put into the stream of commerce a defective automobile that might kill people. The crimes that we can charge are based on laws that actually exist.

PERIES: So Prof. Steinzor, what do you think of that explanation?

STEINZOR: It makes almost no sense to me. The company signed an agreement that allowed it to escape admitting any criminal culpability, so the deal was without any criminal, acknowledgement of criminal wrongdoing. And it’s unclear, but many people doubt that there will ever be any individuals brought to account.

The U.S. attorney said he doesn’t have the laws to prosecute the company, and yet he filed documents that had a statement of facts that was very damning, and showed that the company had been marketing cars with a defective ignition switch, promising consumers that the cars were safe for years when many people within the company knew that there was a serious problem with the switch. In fact, one of the company’s engineers secretly changed the switch in 2005, redesigned it without telling anybody and without changing the part number. It was a very good thing, because all the cars sold after 2005, made after 2005, were safe. But GM left hundreds of thousands of cars on the road with the defective switch. And convened committees and workgroups and task forces that palavered for hours and never bit the bullet on acknowledging this very serious defect.

It’s worth noting that what the bad switch did was it stalled the car out. So you could be driving along the road, 45, 50, even 60 miles an hour. The car would stall, you would lose power steering and power brakes, the airbag would be disabled. You might very well lose control under those circumstances. And that’s how people were killed.

PERIES: Prof. Steinzor, this is corporate criminality. Is there any explanation for why the United States attorney treated the case this way, and why the individuals are not being charged?

STEINZOR: Well I’ve heard many heartrending explanations, including the fact that GM was owned by the government for five years. It’s nickname during that time was Government Motors. I actually think it’s just a complete failure of will, and some kind of starstruck strange reaction because the company came in and apologized, said it was sorry, and I wouldn’t be surprised if they trotted out Mary Barra, their CEO, who was very appealing. And I’m sure she made some kind of direct appeal to the U.S. attorney. I would guess that that was true.

It’s a very disappointing–especially because there have been individual drivers, people who were driving the car. The most–the saddest example is a woman named Candice Anderson, she’s in Texas. She lost control of her Saturn and ran into a tree, killing her fiancee. And she was charged with reckless homicide for that accident. And it turned out later that the car had a defective switch, and the judge expunged all of her criminal record, but not before her parents had to liquidate their retirement account to pay for her defense.

So never, rarely have we seen such a discouraging contradiction, double standard, in justice.

PERIES: I know it’s no closure for many people, but how do you evaluate the settlement?

STEINZOR: I think the settlement is poor. The money is a cost of doing business for GM. The U.S. attorney was touting how there were going to be three federal monitors supervising the company. We can only hope since it continues to make lots of cars that it will overcome this culture of committee after committee without anyone assuming individual accountability. Mary Barra the CEO has said, she’s characterized this as the GM nod, that nobody says, I’m going to take responsibility and get this done. And that’s a very hard thing to overcome.

Perhaps, had the company been required to acknowledge criminal culpability, it would have had more–and had individuals been prosecuted, very important, it would have been possible for there to be the kind of shakeup that I think is required there.

PERIES: And what laws need to be changed as a result of this case that you would advise?

STEINZOR: Well, I want to say that I think that there are [inaud.] front statute and a failure to notify statue that gave ample authority to the U.S. attorney had he been aggressive. But since he didn’t get the message, and this case sets a precedent along with a similar sweetheart deal with Toyota, it would be very, very good if legislation sponsored by Senators Blumenthal and Markey that would directly address motor vehicles, it would be great if that passed. I think that’s the least that Congress owes to the victims.

PERIES: Prof. Steinzor, I thank you so much for joining us today and explaining all of this.