Bob Pollin: With austerity policies in Europe and the USA and slow down in China and India, 2013 needs innovative policies or more recession is likely

Bob Pollin: With austerity policies in Europe and the USA and slow down in China and India, 2013 needs innovative policies or more recession is likely 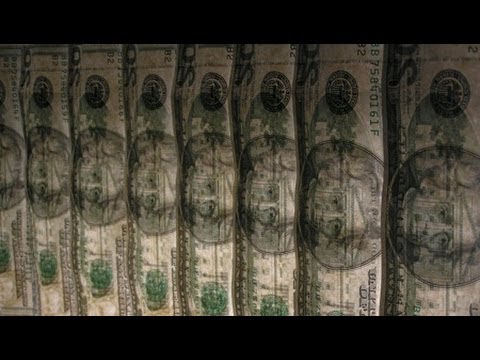 ROBERT POLLIN, CODIRECTOR, POLITICAL ECONOMY RESEARCH INSTITUTE: Hi, Paul. Thank you for having me on.

JAY: So, looking forward to 2013, the American economy, global economy, more of the same? Dramatically better? Or what’s the potential for dramatically worse?

POLLIN: Well, let’s get realistic. Starting with Europe, the crisis in Europe is not getting any better. There’s no evidence a solution, a serious solution is being implemented, so that therefore it’s fair to say that conditions there are more likely to get worse. That is, in Greece there is no resolution to the crisis, the severe crisis that has been experienced there now for two years, and there’s no serious relief in terms of facing the cuts, the severe cuts, the austerity agenda that’s been implemented there, similar to Spain, similar in Italy, similar in Ireland. We do not have a solution there. Technically I can sketch out a solution very easily. Politically, there is no solution, because the dominant politicians, certainly in Germany, remain fundamentally committed to the idea of austerity as a solution, and austerity is not a solution.

So, now, without Europe experiencing some kind of turnaround, some kind of growth, it’s impossible to see how the rest of the world is going to be buoyant, even if everything else were to continue to improve. But everything else is not getting stronger. As we see, the Federal Reserve itself is forecasting that unemployment in the U.S. is going to stay between 7.3Â andÂ 7.7Â percent, so essentially no improvement in the United States.

Then let’s look to Asia. The economies China and India have slowed down. They’re still obviously doing a lot better than we are here in terms of growth, but there’s a big difference between China growing at 5Â percent versus China growing at 9Â percent. So we do not see a clear growth engine coming out of any region of the world that is likely to move the engine. And that is going to continue as long as Europe and the United States are completely enveloped by this notion that cutting fiscal deficits, austerity, is the order of the day.

We have to overcome that idea, and we have to undertake innovative, aggressive policies focused on job creation. And investing long-term in infrastructure and the green economy is a way to build out jobs, raise productivity, and reverse climate change. That’s not happening, though. We need to get onto those points.

JAY: Thanks for joining us, Bob.