America has an Industrial Policy – It’s Run by the Pentagon

TRNN Replay: Bob Pollin: We need an industrial policy aimed at jobs and a green economy, not massive public spending on the military

TRNN Replay: Bob Pollin: We need an industrial policy aimed at jobs and a green economy, not massive public spending on the military 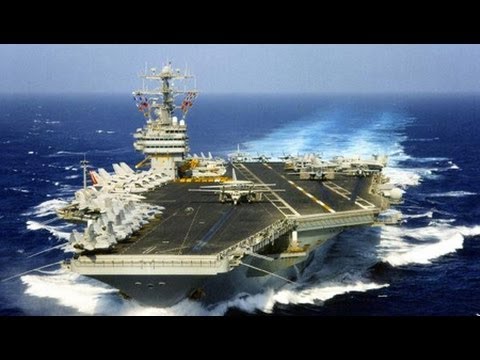 Now joining us to talk about all of this is Bob Pollin. Bob joins us from Amherst, Massachusetts, where he is the codirector of the PERI institute. Thanks for joining us again, Bob.

ROBERT POLLIN, CODIRECTOR, POLITICAL ECONOMY RESEARCH INSTITUTE: Thank you very much for having me, Paul.

JAY: So let’s start with this question of, you know, is there a need for industrial policy. But let’s kind of dig in quickly to this issue that, you know, in reality there is one; it’s just people don’t talk about it that way.

POLLIN: Right. What do we mean, first of all, by industrial policy? Industrial policy is a range of specific measures that are going to promote new technologies, new industries, that’ll be targeted at communities, that’ll be targeted at job creation. So it’s a whole accumulation of things that go into creating, for example, successful manufacturing industries, and tied to regions, tied to specific technologies, and so forth.

And the argument from the right is generally, well, that’s the government picking winners, and the government is, you know, completely inept at doing anything, so how in the world are they going to be successful in choosing which industries, which regions, which companies are going to be successful, so that therefore we should never pursue anything resembling industrial policy.

The fact of the matter is the U.S. does conduct a rather massive industrial policy, as you said at the outset, through the Pentagon, through the military budget. And in some ways the U.S. industrial policy through the Pentagon has been unbelievably successful. If not for the Pentagon investments in research and development and creating big markets for new technologies, we would not have created a commercial jet aviation industry, we would not have created a commercial computer industry and, most recently, the internet, which came entirely out of 35 years worth of Pentagon research, development, and guaranteed markets to create this technology, which is now perceived as having emerged completely out of some kind of free-market fantasy.

JAY: And this militarization of the economy as a driver of the economy is certainly nothing new. I mean, it goes even back to the First World War with the, you know, explosion of industrialization in the United States, came almost at the same time as the First World War and all the arms manufacturing. So in the spine of the U.S. economy, this militarization has been there and has only grown exponentially, especially since the Second World War. So is that not then, the argument would go, an important part of the American economy, a necessary part of the American economy?

POLLIN: As with any economy. But the U.S. economy certainly needs to thrive on having some type of planning, investment in research and development, and, crucially, when we have new technologies emerging, having guaranteed markets for them through the government, which is what the Pentagon has done for its technologies. Again, the most obvious case in point is the internet, which was under research and development with the Pentagon for 35 years, never brought in any money, was not commercially viable, and then it became commercially viable after many, many years of work with the Pentagon.

Now, when we think about that kind of model, we can see that model working in other areas. An obvious case in point now is the green economy. So we have already heard and we’re going to hear a whole lot more through this campaign about how the green agenda under Obama was a complete failure. We have case in point of theseâ€”now notorious Solyndra company in California that was making solar panels that had a government-guaranteed loan and failed. Romney was just there campaigning to make his point.

But the fact of the matter is we will not develop a clean energy economy, we will not meet emission targets and defeat global warming, unless we invest in the new technologies and the diffusion of new technologies in solar power, wind power, geothermal power. And that is industrial policy. That’s a green industrial policy that will create a lot of jobs and that will protect the environment.

JAY: I mean, one of the critiques of this idea, in a sense, is that the military doesn’t have the greatest record for efficiency of purchasing. There’s been terrible crony capitalism in the connections between the military-industrial complex. And while you can say right-wing Republicans who areâ€”want smaller government on one side and don’t ever critique the military budget, you do get a more consistent position, you could say, from libertarians, who are sayingâ€”actually point to military procurement as an example of what’s wrong with all this.

So at the one hand, yes, you do have to create some kind of control over the budget. And the best way to do that is to have this become more transparent and overseen by civilian review, which it is only doing sporadically and not to an adequate extent. And on top of that, you always have the argument with the military, well, gosh, we absolutely need this, because otherwise the U.S. military defenses are going to be too weak. So that’s on the one hand. On the other hand, the model of developing technologies and creating markets for these new technologies is in fact unparalleled.

And so the fact is we do know how to undertake successful industrial policy. Unfortunately, it has only been done primarily through the Pentagon. And if we think about the challenge of building a clean energy economy over the next generation, which is an enormous challenge, the only way we’re going to get there is through embracing industrial policy that in some ways, many ways, are going to have to borrow from the Pentagon model.

JAY: So the point you’re making is that there is an industrial policy, but because it’s dressed up in national security, nobody can say much about it, and if you critique it, you’re unpatriotic.

POLLIN: Yeah, they don’t say it’s industrial policy; they say it’s defense policy. And what we reallyâ€”if we’re going to develop in the kinds of technologiesâ€”. For example, Solyndra, I mean, why did Solyndra fail? Well, there may be many specific reasons why it failed, but the biggest reason is that solar technology is not commercially affordable right now, whether it’s from Solyndra or anybody else. And so then if we are going to drive down the cost of generating electricity through solar power, which we have to do, we have to subsidize it, whether it’s Solyndra or some other companies or strictly within the government. That’s industrial policy. And so that has to be done in an aggressive way, as is being done in Germany. I mean, Germany has said they’re going to be run 100 percent on renewable energy. And Germany is, you know, a U.S. living standard, basically. So if Germany can do itâ€”. And, by the way, there’s less sun per hour of day in Germany throughout the country than in the United States. So if Germany can do it, then the U.S. can do it. But we have to be focused on it as an industrial policy.

JAY: Okay. In part two of our interview, we’ll dig into a little more militarism as an industrial policy and start to talk a little bit about what an alternative industrial policy might look like. So please join us for the next segment of this series of interviews with Bob Pollin on The Real News Network.