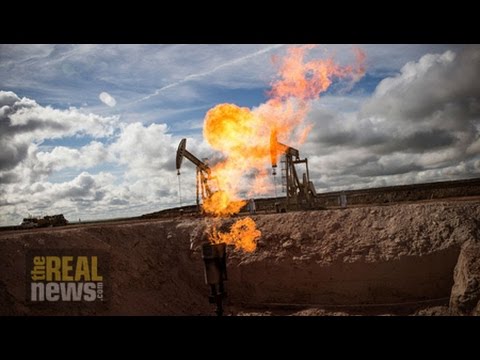 Tuesday, March 1 is Super Tuesday for both the Republican and Democratic primaries. This means an 11-state primary, including Massachusetts, Colorado, along with many Southern states, Tennessee, Georgia, and Alabama. Each party will be voting for their nominee for president in 2016 election cycle.

To discuss all of this I’m joined by two guests: Robert Pollin and Thomas Herndon. Robert Pollin is a distinguished professor of economics, and co-director of the Political Economy Research Institute at the University of Massachusetts Amherst. He’s the author of several books, including Greening the Global Economy. And Thomas Herndon is a graduate student in economics at the University of Massachusetts Amherst, known for critiquing growth in time of debt. Thank you both for joining me today.

ROBERT POLLIN: Thanks very much for having us on.

PERIES: And Robert, let me start with you first. Give us a sense of why people should be out there voting, period, in this primary.

POLLIN: Well, there’s a huge amount at stake, and unlike many other elections, with Bernie Sanders running we have a candidate who really is about confronting the fundamental problems of our time. You mention, thank you very much, you mentioned my book, Greening the Global Economy, which is about stabilizing the climate. Well, Bernie Sanders and Hillary Clinton both talk a lot about climate change. The Republicans don’t talk about it at all. But there is a huge difference between their programs, which I myself was not totally aware of until just a few days ago, which is that Hillary Clinton is a proponent of fracking as one of the, quote, “solutions” to climate change.

Fracking is no solution to climate change.

PERIES: Why so? Why is that?

POLLIN: Because if we allow for another generation 30-40 years of investments in fracking the level of emissions generated by, number one, burning of the natural gas. If you burn natural gas it burns about half–twice as clean as coal, but it still is emitting a lot of CO2. And on top of that, the prices of producing, of extracting the gas, releases methane, which is even more toxic than carbon dioxide.

Anyone who cares about climate change at all has to support Bernie Sanders over Hillary Clinton. That’s just one issue.

PERIES: And Thomas, what do you think?

THOMAS HERNDON: You know, I want to echo a lot of Bob’s points. This is very much a very historic election with a lot on the table. My own view is that Sanders is, his program is best suited to bring a more modicum of civilization to our society. Things like healthcare as a human right, you know, making education available for all, reining in the political power of Wall Street. All of these are incredibly important. Reducing the level of inequality in our country. And they bring the basics of civilization. So I’m quite excited for it.

PERIES: Now, in the economic scheme of things, the PERI, Political Economy Research Institute, works very closely with the Nurses United, and I understand that they’re really on the ground working, trying to get people to come out and vote, but come out and vote for Bernie Sanders in particular. And given this is the first time a woman is running for this position, running for president, as the nominee of the Democratic party, their support of the nurses is critical. But she’s not getting it. Why so, Bob?

POLLIN: Well, you know, you’re right, Sharmini. I have worked for many years with the National Nurses United, and I’m very proud of that connection. Among other things, you know, I’ve done work on taxing Wall Street. What we now call the Robin Hood tax. I’ve done work on that 20 years ago, 10 years ago. And you know, nobody paid attention. The Obama administration itself was opposed, to say nothing of Clinton and Bush.

The nurses union, as a union of nurses, took up this issue that had been lying dormant. Why would nurses care about taxing Wall Street, per se? Because the nurses union as a union sees the need for broader organizing and advancing around social justice issues. And the way Bernie Sanders has framed this issue of taxing Wall Street, he’s saying we’re going to tax Wall Street as they deserve, and then use the money to pay for free college education. This is a massive transfer of funds and benefits out of Wall Street traders and into the opportunities, creating opportunities for young people.

PERIES: And Thomas, what’s the pulse on the ground on campus in terms of who to support?

HERDON: I think there’s certainly much more energy behind Bernie Sanders. You know, it’s hard for me to say the different numbers, but just last week Senator Sanders was in town, and completely packed the Mullins Center here. I think it was close to 10,000 people. And you know, I got there slightly later than the rest, and I could barely get a seat even the, you know, in the nosebleed section. So I think the students are quite excited about Sanders.

PERIES: All right. I wish you all the best in Massachusetts. I’m speaking with Thomas Herndon and Robert Pollin. I’ll talk to you guys very soon.

POLLIN: Okay. Thank you. Thank you for having us on. And people go out and vote tomorrow for Bernie Sanders.

Thomas Herndon is a graduate student at the University of Massachusetts Amherst working on a simple homework assignment – pick an economics paper and see if you can replicate the results. Thomas tried Growth in a Time of Debt, a famous manuscript of two Harvard Professors, and a paper that argues that economic growth slows…