Whenever there is a clash between India and Pakistan, media and pundits present India as the good guys. In this case, at least, India is the aggressor and Pakistan is seeking dialogue, says Lahore Professor Junaid Ahmad

Whenever there is a clash between India and Pakistan, media and pundits present India as the good guys. In this case, at least, India is the aggressor and Pakistan is seeking dialogue, says Lahore Professor Junaid Ahmad 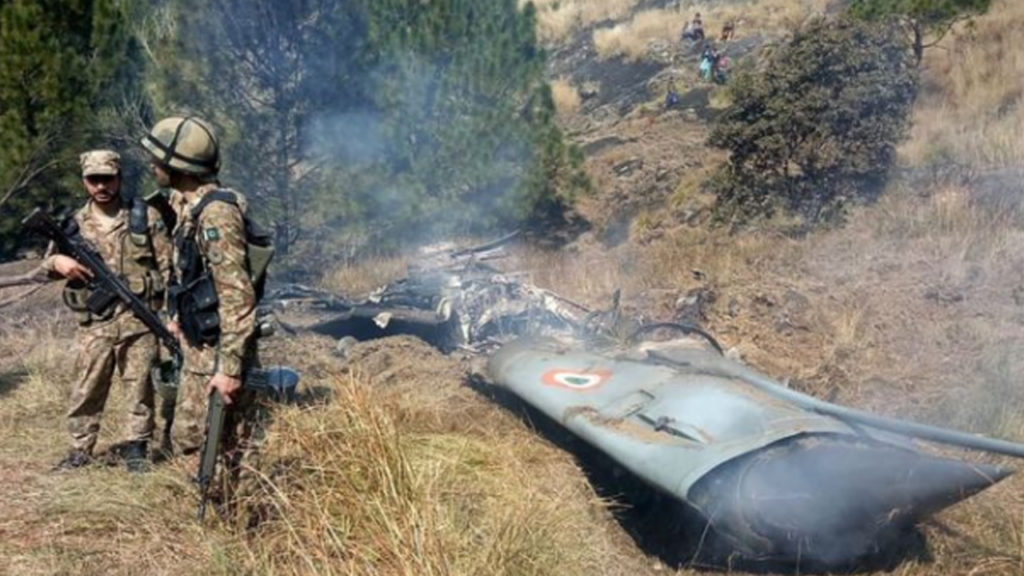 Are India and Pakistan are about to enter into an all-out war? This is one of the questions that is being raised after Pakistan shot down two Indian fighter jets earlier this week, which had entered its airspace, and captured one of its pilots. The conflict took place near the Line of Control that separates India and Pakistan in the disputed region of Kashmir. Pakistan’s Prime Minister Imran Khan announced on Thursday that he will release the fighter pilot on Friday in an effort to defuse tensions. Ever since Pakistan separated from India after independence, there have been numerous clashes between the two. However, this is the first time fighter jets have entered the other’s territory since 1971. Since both India and Pakistan are nuclear powers, a war between the two could easily turn into a nuclear confrontation.

Joining me now to analyze these developments between India and Pakistan is Junaid Ahmad. He is professor of politics and law at the University of Lahore in Pakistan, and secretary general of the International Movement for a Just World. Thanks for joining us today, Junaid.

JUNAID AHMAD: Great to be with you, Greg.

GREG WILPERT: So before we look at the situation more generally, let’s start with some of the details about how this latest clash got started. Apparently a car bomb killed 40 Indian paramilitary police in Kashmir earlier this month, which then led to retaliation by the Indian military. Tell us more about what led to this latest confrontation.

JUNAID AHMAD: Well, absolutely. As you say, Greg, about a few weeks ago, on February 14, there was the largest car bomb explosion. A truck carrying about 2,000 pounds of bomb material exploded on one of the most militarized roads within the Kashmir district of of India. And Indian forces, about 40 Indian forces, were killed in that attack. Now, this is quite–it was quite odd, because this so heavily securitized road that goes all the way from India into Jammu and Kashmir. But the Indians immediately claimed, as part of the narrative that they have maintained throughout, that this was just the most dramatic example of what they call ‘Pakistani cross-border terrorism’; that is, the support for terrorist outfits in Indian Kashmir. In this particular case they blame the militant group Jaish-e-Muhammad, or the Army of God, for undertaking it.

Now, the Pakistani response immediately was, well, if you give us any evidence, we would be more than willing to work with you in this investigation to figure out who did it. And if it’s these elements, we will hold them accountable. But there was no evidence, nothing supplied. And then the immediate response of the Indians was to increase the repression on the Kashmiri people. And not just within Kashmir, but Kashmiris all across–living all across India.

GREG WILPERT: Now, it’s interesting that Pakistan’s Prime Minister Imran Khan came out with a strong appeal for peace and dialogue, but India’s Prime Minister Narendra Modi seems to be rejecting dialogue. Why is that? What’s going on here?

JUNAID AHMAD: I think here it’s important to actually speak about what the Prime Minister Imran Khan’s position has been on this issue since the day he stepped into power. And that–totally against the expectations of many who always thought that he will be more hawkish on the question of relations with India, completely counter to that, since day one he has said that we are neighborly countries, we are brotherly countries. We need to have peace and we need to restart the talks and negotiations that the right-wing government of Narendra Modi have cancelled for quite a while. He has made these overtures time and time again over the past eight months that he’s been elected as prime minister. Every single one of them have been rebuffed, and he’s been humiliated.

In this situation, after the attack, as well, he again, as I mentioned earlier, offered to jointly investigate what happened. Instead, the Indian response was, as you mentioned, the Indian airplanes went into–fighter pilots, fighter jets–went deep into Pakistani territory, not only into Azad Jammu and Kashmir, which is the Pakistani part of Kashmir, but into KPK, which is the northwest province bordering Afghanistan, in an area called Balakot.

So this was unprecedented. As you mentioned, the last time this type of aerial attack, aerial bombardment, across the country, [those] borders, was in 1971. However, they were not nuclear powers at that point. Now they are. So the entire calculus changes dramatically. And what we’ve been seeing, even in response to that, is from the Pakistani–both Imran Khan and the Pakistani military establishment saying that we need to calm things down, deescalate. We are nuclear powers. But the Modi government continues this rhetoric. And one of the reasons–which was initially even conceded to by the some sections of the Indian media, but now everyone’s kind of fallen in line–was that it’s pretty obvious. Elections are coming up in India, and it is highly predicted that the BJP right-wing government of Narendra Modi will lose, and lose pretty badly.

So this type of stunt, which is not new, it’s an age-old, tested tactic by all governments to shore up, whip up hysteria and fear and panic, particularly against this age-old external enemy of Pakistan. So this is what many analysts believe is behind the–certainly the escalatory, not just rhetoric, but actions of the Indian government. But many also suspect that the attack itself on February 14, that it was–it may have been, in fact–it may have some role of the Indian government in it, as well.

GREG WILPERT: Now, in the past whenever there were escalating tensions between India and Pakistan, the U.S. would try to intervene and defuse the conflict. However, the Trump administration seems to be relatively complacent towards a situation. Actually, more than that. Previously Trump has accused Pakistan of not doing enough in the so-called war on terror, while Trump has also gone out of his way to praise and support Modi. Talk about the effect that this positioning would have in this conflict.

JUNAID AHMAD: Oh, well, I think–and just, actually, today, the–there was no statement from the Pakistanis with regard to the U.S. role. But today finally the foreign minister said that the U.S. has effectively enabled this type of bellicosity from the Indians because of their completely unfettered support for New Delhi in terms of its nuclear program, in terms of its sub-kind of-imperialist role within the South Asian region, in terms of its involvement in Afghanistan, and so on. So they have in some ways emboldened, empowered the Indian government to do as it pleases, both within Kashmir, as well as vis a vis Pakistan. And today they made that statement.

It’s completely scandalous how the whole world, from Russia, to China, to the European Union, is calling for these two countries to deescalate and to have to come to the negotiating table, whereas the U.S. is completely silent, or just supporting the Indian government’s right to self defense. Self defense against what? But you know, the Bush administration–I mean, sorry, the Trump administration in particular has just gone all out. They have–you know, Trump tweets all the time about Pakistan doing this, that, or the other. But for the first time in Pakistan we have a prime minister, Imran Khan, who actually doesn’t take much of this seriously, and really is defending Pakistani sovereignty. And in this situation, as you said, I mean, he has demonstrated statesmanship which Pakistan has seen a dearth of throughout its entire history. I mean–and in fact, as you stated, the Indian airplane that was shot down that was in Pakistani airspace, about to bomb God knows where in Pakistan, shot down the pilot who came, protected by the Pakistani military. And as a gesture of goodwill, Imran Khan is now going to turn this POW back tomorrow.

So I mean, this is unprecedented. We have a situation in which Pakistan, which is always perceived as the rogue, pariah nation with these pariah generals, it’s the reverse now. It’s the Modi government with very belligerent Indian generals, who won’t even let the government if they even want to have negotiations with the Pakistanis–so it’s very important that our listeners know not to buy into mainstream Western portrayals of Pakistani as this bad country that has these military generals just running things all the time, and the Indians are the good guys because they’re the largest democracy in the world. It’s not working like that right now.

JUNAID AHMAD: Thanks so much.

Junaid Ahmad is the Director of Center for Global Dialogue and Professor of Middle Eastern Politics at the University of Lahore, Pakistan. He is also the Secretary-General of the International Movement for a Just World based in Kuala Lumpur, Malaysia and a Visiting Fellow at the Berkeley Center for Islamophobia and Ethnic Studies Graduate Center.