Peter Watt (author of Drug War Mexico): US policy and neo-liberal "reforms" helped create conditions for the growth of drug cartels and the impoverishment of millions

Peter Watt (author of Drug War Mexico): US policy and neo-liberal "reforms" helped create conditions for the growth of drug cartels and the impoverishment of millions 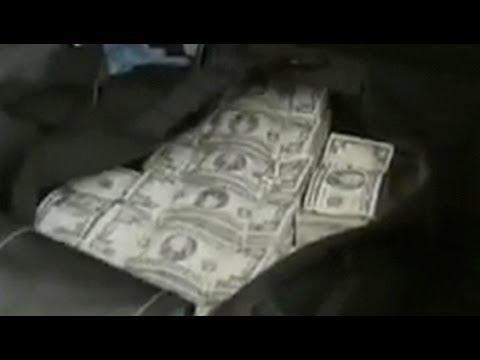 In the midst of the immigration reform debate in the United States, one of the questions that doesn’t get asked often enough, in my opinion, is: why are so many people from Mexico coming to the United States? Yes, there’s lots of talk about generalities about poverty and such, but not much analysis about why that is. But here are some even more alarming reasons.

Well, let’s start with number one. Carlos Slim, according to the book Drug War Mexico, earns or acquires something in the range of $27Â million a dayâ€”that’s a day. Well, half of Mexicans survive on something like $2 a day.

Number two, 40,000 to 60,000 people have been killed as a result of narcotrafficking-connected debts. That’s just since 2006, when the last president, CalderÃ³n, was elected.

Number three, another statistic from Drug War Mexico: as many as 60Â percent of cities in Mexico are either directly or indirectly controlled by drug cartels. That sounds like a pretty good reason to leave to me.

And all of this has a lot to do with American policy towards Mexico.

Now joining us to talk about this is the authorâ€”coauthor, I should say, of Drug War Mexico, is Peter Watt. He cowrote this book with Roberto Zepeda. Peter teaches Latin American studies at the University of Sheffield in the U.K. And he joins us now from Sheffield.

Thanks for joining us, Peter.

PETER WATT, LECTURER AND AUTHOR: Thank you for having me.

JAY: So the situation essentially is much of Mexico is directly narco states, if you look at the municipal level. To what extent is the federal national state a narcostateâ€”in other words, complicit in all of this?

WATT: I think it’s difficult to tell to what extent the influence of the narcos goes right to the top. Historically, narcotraffickers have had access to some very high-profile people within the government, and I don’t think there’s any reason to see why that might change in the last decade or the last two decades.

So it’s always very difficult, when we’re talking about this subject, to get hard facts that we can grasp, but there have been some cases, very high-profile, like, for example, in the 1990s when Mexico’s top drug czar was working on behalf of Amado Carillo Fuentes of the JuÃ¡rez Cartel, the man who became the richest criminal in world history, apparently, the man who was flyingâ€”he had a fleet of BoeingÂ 727s, which he flew up from Colombia to Mexico stuffed with cocaine every week without anyone noticing, without arousing any suspicion. You can’t do that unless you have, I thinkâ€”I think it’s reasonable to say that you can’t do that without some pretty high-level complicity, bringing drugs into major airports in Mexico.

And, of course, the drug czar that I’m referring to was the man who was also the third to buy the CIA official General Barry McCaffrey as a guy of unquestionable integrity. Well, it turned out subsequently that he was working on behalf of Amado Carillo Fuentes, taking out competitors and making millions for himself.

JAY: So how does Mexico get to a point where, one, it has several of the richest men in the world controlling enormous privately owned parts of the Mexican economy and much of Mexico under the control of narco gangs one way or the other? How do we get there?

WATT: Yeah, well, I mean, there’s always been complicity between the state and the political elites, the economic elites, and organized crime. That’s nothing new. But the situation kind of accelerates with the onset of neoliberal reforms. I mean, one of the reasons is that the public institutions become privatized and kind of runs counter to this ideology that we’re supposed to believe about the free market.

So President Carlos Salinas, the kind of architect, or one of the architects of the North American Free Trade Agreement, NAFTA, which was brought in in 1994, which really accelerated neoliberal reforms, well, part of his program is toâ€”when he’s in power in 1988 to 1994 is to sell off public companies, parastatal institutions.

He doesn’t sell them off to the individuals or the companies most able to run those institutions. The banks are one example, the telephone company Telmex is one other example, but there are a number of others. There hasn’t been such a campaign of privatization until Carlos Salinas starts selling everything off. But the companies get sold off to the people who are backing the PRI’s political campaign.

For those viewers who don’t know, the PRI is the Institutional Revolutionary Party, which was in power from 1929 to 2000 and has just come back into power in 2012.

So, for example, Carlos Salinas sells off all these companies to his friends, associates within the economic elite, his financial backers, and, for the 1994 political campaign people like Carlos Slim, Emilio Azcarraga, who’s one of the media barons in Mexico. He has a fundraiser for the next election. He’s worried that PRI are going to lose the elections in 1994. And in one evening alone, he raises $750Â million, just in one evening.

So underâ€”as a result of neoliberal policies, the number of billionaires and millionaires in Mexico increases very quickly. It’s a system that all of a sudden benefits the rich. And the rich in Mexico have always been extremely wealthy. But neoliberalism accentuates that.

The corollary to that, of course, is that it puts more people into poverty and it makes life much harder for the majority of the population. That’s one of the facts that tends to get ignored when proponents of the neoliberal program are saying the praises of NAFTA and the like.

JAY: Is there a relationship between that and the growth of the drug cartels?

WATT: Well, I think there is. I mean, for example, Bill Clinton, when they were debating NAFTA, the U.S. government would not allow for the issue of narcotrafficking to be debated publicly in relation to NAFTA. So a number of DEA (Drug Enforcement Administration) officials were extremely worried that the increase in trade from Mexico to the United States, the improved infrastructure, the road system, the rail system, the removal of tariffs and of goods flowing northwards would also result in making it easier for drug traffickers to move their goods north to the United States. So one part of it is the infrastructure.

And I suppose the other part of it, which is perhaps much more important, is the fact that they knew that NAFTA was going to throw more people into poverty and desperation, providing a kind of flexible labor force and foot soldiers for the drug cartels. I think they knew very well that the number of people getting involved in this industry was going to increase. That’s what the DEA was telling Clinton and the U.S. government.

And, of course, the other thing that Clinton does in 1994 when NAFTA comes into law is this operation called Operation Gatekeeper, which is the increased militarization of the U.S.-Mexico border. So Clinton increases the funding for that quite radically.

The border becomes more militarized in recognition of the fact that neoliberal trade policies are going to force more people to migrate toâ€”many of them go to the urban areas, others will work in sweatshops in northern Mexico, and others try to migrate northward. So by the end of the ’90s, the early 2000s, the U.S.-Mexico border can claim to see the largest movement of a people across a border in the world, so about 500,000 people annually. That’s equivalent to the entire population of the city of Sheffield, where I am at the moment, Britain’s fourth-biggest city. So it’s a very important development.

JAY: This is just the beginning of a series of interviews we’re going to do with Peter about his book Drug War Mexico. We’re going to dig into this more. Thanks very much for joining us, Peter.

Peter Watt is a lecturer at the University of Sheffield in the UK and is currently working on a book about the political culture of Britain with his co-author, Jason Freeman.

Be a Winner and Support The Real News!