Maya Evans, a Labour councillor in Hastings, Britain, is refusing food for two weeks in a hunger strike protest against the war on Yemen. She was inspired to enter politics after Jeremy Corbyn’s historic leadership victory

Maya Evans, a Labour councillor in Hastings, Britain, is refusing food for two weeks in a hunger strike protest against the war on Yemen. She was inspired to enter politics after Jeremy Corbyn’s historic leadership victory 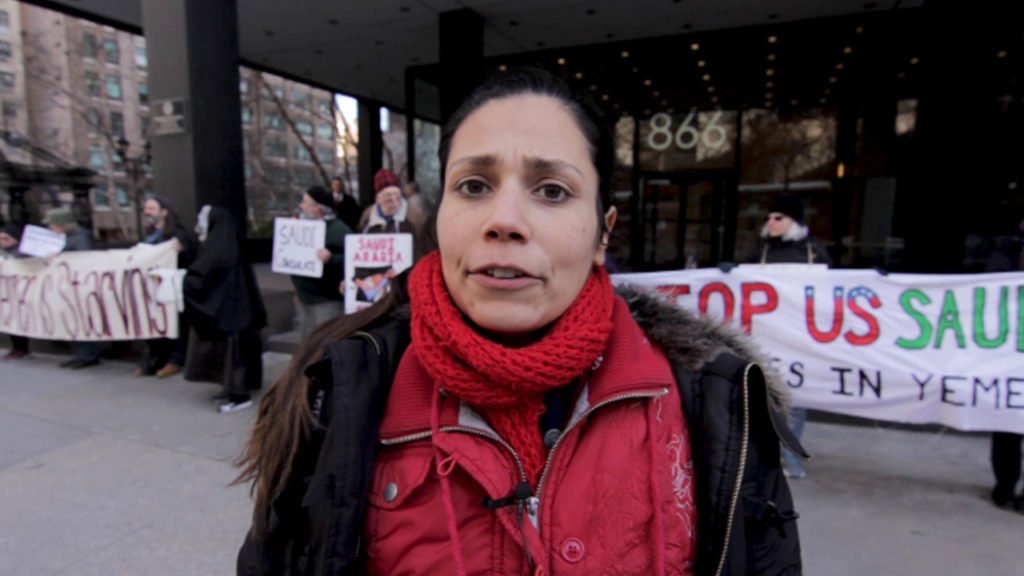 MAYA EVANS: I am Maya Evans, and I’m from the UK. I’m actually a council representative for the town of Hastings. And I came out to the U.S. because I don’t want to be complicit in British war crimes currently taking place in Yemen. By not speaking out I feel that I’m being complicit, because it’s my responsibility as a British citizen to object to the way that Britain has supported the Saudi-led coalition assault on Yemen whereby 14 million people are now facing famine, and 85,000 children have starved to death.

Britain has currently sold Saudi Arabia 4.6 billion pounds worth of weapons. BAE Systems is the main company who are supplying Saudi Arabia with weapons such as the tornado and the typhoon. These weapons being used to drop bombs, missiles, on facilities such as hospitals, buses full of kids, basic infrastructure which allow Yemenis to live day to day.

I needed to speak out, so I came to the U.S. to take part in this fast, vigil outside the U.N., and urge the U.N. to do more than what it’s doing at the moment.

I think it’s important to be in solidarity with the people of Yemen. So I’ve taken part in this fast partly to highlight the fragility of health. Good health is something that people many people take for granted. But when you’re fasting you are very much in a fragile state. So it’s partly to be in solidarity with the 14 million people in Yemen who are facing famine, and to also highlight that people are not getting enough nutrition and food. And also it’s a statement to the U.S., the U.K., the U.N. that people care, and our concerns are extreme.

I’m a Labour councillor in the U.K., and I’m very much a supporter of Jeremy Corbyn and their stance on British arms to Saudi Arabia being used against Yemen. And it’s very important that there is this opposition within the Labour Party who are speaking out about British complicity, about the Conservatives’ endorsement of Saudi Arabia. Philip Hammond said in March 2015 that they were very aware of what Saudi Arabia was doing and that Britain would continue to support Saudi Arabia in terms of supplying weapons. Our opposition is extremely important, and it’s essential that we continue raising awareness and pressurizing the Conservative government.