They Killed a Man in Prison. This Is How They Covered it Up

New documents reveal how prison authorities tried to cover up the death of a man who died of dehydration in a jail cell.

New documents reveal how prison authorities tried to cover up the death of a man who died of dehydration in a jail cell. 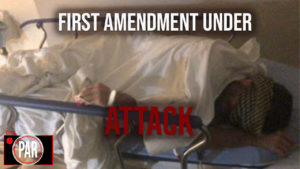 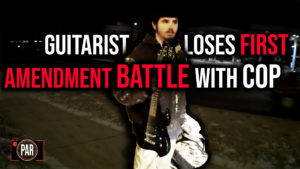 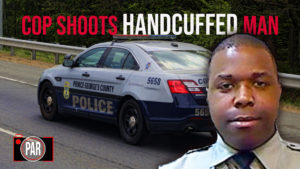 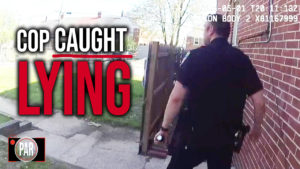 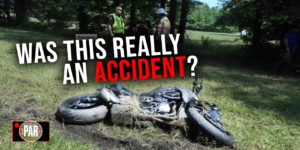 TAYA GRAHAM: Hello. My name is Taya Graham. And this is a breaking news update in a story that’s developing in Prince George’s County, Maryland.

And remember, if you have evidence of police misconduct, please share it with us. Email us privately at [email protected] and we might be able to investigate. Now onto the breaking news. Prince George’s County police have charged one of their own corporal Michael Owen with second degree murder for shooting a man in handcuffs. The shooting occurred Monday evening in Silver Hills, a community outside of Washington, D.C.

Owen had detained William Green and had put them in handcuffs inside the front seat of his patrol car. Then, while awaiting a drug evaluation, Owens shot Williams seven times. Here’s what the Prince George’s County Chief of Police had to say at a press conference yesterday.

HENRY STAWINSKI: I am unable to comfort our community and offer you a reasonable explanation for the events that occurred last night. I have concluded that what happened last night is crime.

TAYA GRAHAM: Stephen, you have covered so many cases like this. How unusual is it for an officer to be charged so quickly?

STEPHEN JANIS: Extremely unusual, although it’s starting to happen more now than it used to. Five or six or 10 years ago, they’d say we don’t want to jump to any hasty conclusions. Now it seems like police are trying to get ahead of these stories because they know stuff is going to leak out and so it’s going to happen. But of course when you shoot a man in handcuffs, who had his hands behind his back-

TAYA GRAHAM: And who I think was also seat-belted into the police car as well.

STEPHEN JANIS: Just so you know, in the press conference, they did not confirm that. And you know, it’s interesting. It was the same sort of, we’ve seen in other cases like in Fort Worth, Texas, where the police leaked out some information. They said there was a struggle, but that didn’t turn out to be true. They said there a smell of PCP, and then they wouldn’t confirm that.

And yesterday at 1:30, they said they were going to have a press conference and I don’t think there’s any intimation that they were going to charge this police officer. I think they’re more saying we’re going to have a press conference and we’re going to try to say we’ll wait and see. And then a very shaken police chief comes up in front of the community and says I had no explanation for what happened. And I think the reason, the problem is that when you shoot a man in handcuffs, any police officer you speak to who does the job correctly will tell you that you can’t mess with, they’re in your custody.

STEPHEN JANIS: Absolutely. There is no doubt about it that you cannot hit, touch, or any way do anything to a person handcuffs because they are considered defenseless and to be in police custody.

TAYA GRAHAM: Now it said the corporal Owen was not wearing his body camera that day. How is that even possible? Isn’t that part of your gear, your equipment, your gun and then your body camera?

STEPHEN JANIS: Well, it’s really interesting question because many departments have deployed body cameras throughout their department, but in Prince George’s County they have 1500 sworn officers and only about 80 officers have body cameras at this point. They’ve been slowly rolling out the program and that was one of the questions the chief faced. Why don’t you have a body cam program? Because obviously a body cam would shed a lot of light on this.

Now, maybe they’re all relieved that he didn’t have a body cam because it could prove to be, but that is a good question. I mean, Prince George’s County as a police department has been under federal consent decree for racist and unconstitutional practices, so you would think that they would have a body cam program, but for some reason it hasn’t been rolled out yet.

TAYA GRAHAM: Now, Stephen, there is a law enforcement officer’s bill of rights. As matter of fact, Maryland has one of the strongest in the country. As a matter of fact, other states have modeled it for their police departments because the protections for police officers who allegedly have committed crimes are so strong. Talk to me a little bit about how the law enforcement officer’s bill of rights was or was not used in this case.

STEPHEN JANIS: In Maryland, the law enforcement officer’s bill of rights is so stringent it makes police almost untouchable. You know, they have rights that none of us have when we commit a crime. But the police commissioner was asked this question and he said, basically, emphatically, “I was told the law enforcement officer’s bill of rights was not applicable.” And it’s interesting, because it speaks to some of the things we don’t know about the case. And specifically what we don’t know is what precipitated the shooting. The chief has been vague. The statement of probable cause is vague.

All it says is that the guy was shot seven times. I would imagine that what happened was so horrific that everyone’s like all bets are off. Because usually what you’re talking about is exactly correct. Because of law enforcement officer’s bill of rights, chief would immediately be defensive and defend the officers, say we need to do an investigation, he deserves due process, et cetera, et cetera. But in this case, he said, “No, I consulted someone legally.” He said, “Doesn’t apply here.” What I think the reason is whatever happened was so horrific that the police department feels like in retrospect they can’t justify any sort of, anything other than charging the officer within 24 hours. Pretty, pretty extraordinary.

STEPHEN JANIS: But I feel like because, and in fact this officer has been involved in a shooting before in 2014 and I think he was cleared of any wrongdoing or said that the shooting was justified. So he probably felt like you could use his gun in any situation, like many police officers feel when there’s even a slight or reasonable fear. But I think the problem is even in our completely lax society where police have I would say I would say almost unfettered ability to use violence against citizenry, he must’ve done something that was really screwed up.

TAYA GRAHAM: Right. And it makes me wonder too, maybe there’s some dash cam footage from another police car, or another officer who was outside of the car that hasn’t been revealed to us yet and that’s what the police chief got a look at, and that’s why he’s quaking in his boots.

Prince George’s County police are no strangers to the controversial use of force cases. Just six months ago, Damon Ward Blake was left paralyzed from the waist down after a car stop in October of 2019. Ward Blake suffered injuries to his spinal cord and a broken nose. Police at the time said they would launch a wide ranging investigation and concluded the officers did nothing wrong. Police said Ward’s crime was that his tags were expired, but that’s not the only case involving Prince George’s County police that has received national scrutiny.

In 2017, we spoke with Marion Gray Hopkins. Her son, Gary Hopkins Jr was shot by police in 1999 after a fight broke out in the parking lot following a dance. Hopkins was not involved in the altercation, but the Prince George’s County officer said he had tried to grab his gun. Prince George’s County judge found the officer not guilty of manslaughter, despite eyewitnesses who said his hands were up in the air at the time of the shooting. Let’s hear what Marion Gray Hopkins has to say about these police involved shootings.

MARION GRAY HOPKINS: My son was murdered for no reason, and if we sit back and allow this to happen and do nothing, then that means we’re in consent with the status quo.

TAYA GRAHAM: Now, Stephen, you were there at the time of the interview with his mother and we talk a lot about the direct victims of police violence, but what about their families? What kind of legacy does that leave and what kind of impact have you seen?

STEPHEN JANIS: One of the things I think that from covering this that I’ve seen that is incredibly troubling, is that when you are shot by police, you’re pretty much shunned by everyone. The government considers you to be hostile in some ways because they’re being held responsible or accountable for the shooting and you really have nowhere to turn. I think there’s a tremendous amount of social, psychological isolation. It’s bad enough that your loved one was taken violently in an instant.

And people who are murder victims, families of murder victims, generally get support from the police, whatever. But in this case, you’re considered like a hostile sort of person in terms of the relationship with police. So it becomes even worse. It kind of heightens the amount of isolation and anger you feel. And I think that’s why so many mothers have such emotional, psychological damage that goes beyond just having your loved one killed by a gun.

TAYA GRAHAM: Because they have no one to turn to. Very often their loved one has been criminalized publicly in the media. They’ve had their reputation and their name tarnished, and then on top of that they can’t reach out to the normal victim services because their quarrel is with the police agency that killed their loved ones. So they really are quite isolated both socially and by the government agencies that normally help victims’ family. So needless to say, we will still continue to investigate this story and keep you updated. Wherever we see police misconduct or brutality, we will be there to help the victims tell their story.

I’d like to thank my colleague Stephen Janis for his investigative reporting on this piece and before we go, I want you watching to know that if you have evidence of police misconduct or brutality, please share it with us and we might be able to investigate. Please reach out to us. You can email us tips privately at [email protected] and share your evidence of police misconduct. And of course you can message me directly @TayasBaltimore on Twitter or Facebook. And please like and comment. I do read your comments and appreciate them, and please share videos to help us get the word out.

My name is Taya Graham. And I’d like to thank you for joining me for this Police Accountability Report breaking news. Be safe out there.