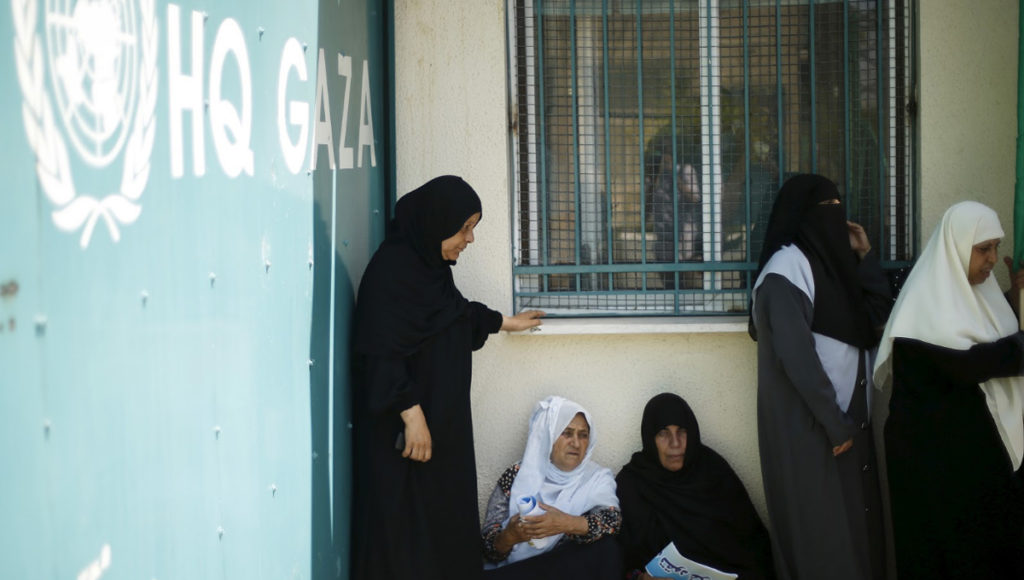 AARON MATÉ: It’s The Real News. I’m Aaron Maté. President Trump is reportedly acting on his threat to cut aid to UNRWA, the UN Refugee Works Agency, which delivers housing, food, and education to millions of Palestinian refugees. According to Axios, the U.S. has failed to transfer money that was due January 1st, and is considering even future cuts. The U.S. cuts would cause a major reduction in vital services and even a complete halt on certain programs, leaving Palestinian refugees in an even more dire situation.

Max Blumenthal is an award-winning journalist and best-selling author of books including, ‘The 51 Day War: Ruin and Resistance in Gaza,’ and ‘Goliath: Life and Loathing in Greater Israel.’ Max, welcome. Your response to this reported decision by President Trump?

MAX BLUMENTHAL: Well, the refusal to fund UNRWA has kind of been a public demand by pro-Israel lobby and really the right wing of the Israel lobby, but in private, they oppose it because it will force Israel to take more control directly over Palestinians, when the goal of the peace process has partly been to provide Israel with a kind of series of occupation sub-contractors that are funded from the outside. UNRWA kind of takes care of the Palestinian refugee population, millions of refugees. I’ve been in the refugee camps from the West Bank to the Gaza Strip, and throughout Lebanon, and the amount of UNRWA participation in just simply keeping people alive and providing them with basic goods for fulfilling their basic needs, is incredible. It’s astounding. 80% of Palestinian refugees in the Gaza Strip depend on UNRWA for basic goods.

So, first of all, this kind of rips the mask off the peace process. It’s something even that Netanyahu may not want. It presents real possibility for instability, particularly in Lebanon. We saw demonstrations in Gaza against deterioration of conditions, which are worse than they’ve ever been, but in Lebanon, the Palestinian camps have always been in dire straits. So, the question is, does Netanyahu want instability in those camps in Lebanon? That may be something that he wants, certainly something Mohammad bin Salman would want, the destabilization of Lebanese society, with Michel Aoun and Hezbollah in a dominant governing coalition. I do not believe it’s something that Palestinian refugees want, or anyone in Lebanon wants.

AARON MATÉ: So, what kind of scenario do you envision here? If this funding actually is cut, vital services and programs are cut back or even halted. What could we be looking at?

MAX BLUMENTHAL: I mean, we’ve seen threats again and again to defund the Palestinian Authority and reduce funding in UNRWA, and there has been a gradual reduction in UNRWA funding. But Congress never makes good on it because Congress ultimately comes under quiet pressure from AIPAC and these pro-Israel groups to keep the occupation sub-contractors funded. I think we could be looking at another reduction in funding with that taking place. The Trump administration has said that it will conduct a review of Palestinian Authority support for the peace process. They’re trying to force them into making the “ultimate deal,” which hands over the West Bank in Jerusalem, most of the West Bank to Israel, and basically waves the white flag on the Palestinian national struggle.

Meanwhile, the Palestinian Authority has openly stated that it will no longer work with the U.S. as a mediator in the peace process. This is a major development. Nabil Shaath, the PA negotiator, has said that he has reached out to Russia and China, and asked them to take the lead. Russia and China, if they do take the lead, will be much more honest brokers, especially under the leadership of China’s Xi, than the United States. But the U.S. will seek to intervene and interrupt any attempt at negotiations. It’s something that they’re doing also on the Korean peninsula as the north and south attempt to initiate bilateral talks.

So, we’re really seeing the U.S. be exposed as a destabilizing force around the world. If even Netanyahu is worried that this move is too radical, you have to really ask some serious questions about the priorities of the Trump administration.

AARON MATÉ: Max Blumenthal, award-winning journalist, best-selling author of books including ‘The 51 Day War: Ruin and Resistance in Gaza,’ and ‘Goliath: Life and Loathing in Greater Israel.’ Thank you. 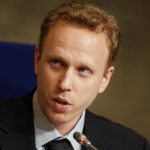 The Cruelty of US Justice System Exposed in a Single Video

Turkey Cuts Deal with Russia, Intensifying the War for Gas in Libya

Women Outnumber Men in the US Workforce–What Does it Mean?