Nina Turner: The Oligarchy Must Be Challenged by Everyday People

At the People's Summit, former Ohio Senator Nina Turner tells Paul Jay that the Sanders campaign fought for policies that have mass support, but the Democratic Party will adopt them only if ordinary people hold its feet to the fire

At the People's Summit, former Ohio Senator Nina Turner tells Paul Jay that the Sanders campaign fought for policies that have mass support, but the Democratic Party will adopt them only if ordinary people hold its feet to the fire 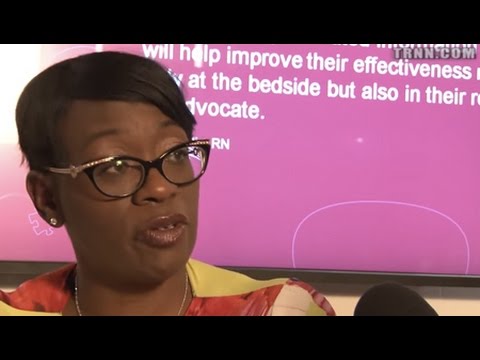 PAUL JAY, TRNN: Hi. We’re at the Chicago People’s Summit. I’m with Nina Turner, former member of the Ohio State Senate. Thanks for joining us.

NINA TURNER: Thank you. It’s good to be with you.

JAY: Senator Sanders has called on his supporters, his movement, really for two big things. One is a fight at the party convention. Two, wage the fight downticket. Congress, state legislatures and so on.

Let’s start with the fight in the convention. The Democratic Party is really a united front, if you will, of different class forces, right. From hedge fund operators to Silicon Valley billionaires and Hollywood billionaires and such–.

JAY: Corporatists. Trade unions, or millions of ordinary people. It’s not just a difference of opinion what should happen next, it’s a difference of interest. So this fight at the convention is going to be a serious war. And its logical conclusion over the next few years, where does all this lead and how much effort should be put into this transforming of the Democratic Party?

TURNER: Well, I hope it’s going to lead to a better America. The Democratic Party is certainly worth fighting for. It’s supposed to be the party of the people. And so the issues that Senator Sanders raised all along his campaign trail are really in the mainstream. Universal healthcare, increasing the minimum wage to $15 an hour. We see in places like California and Washington and even DC, all over the country, for example. Just using that as an example, people are fighting on the local and state levels to increase the minimum wage, universal healthcare. Very important. Seniors care, about making sure that we expand and protect their Social Security.

So we must continue to push the party to be all that it can be. And you know, tension is not a bad thing. Tension breeds change, and that’s the only way that we’re going to get it. So I salute the people who are really holding the Democratic Party’s feet to the fire, and care enough about the Democratic Party and this country to wage that fight. Because if they didn’t care, they wouldn’t be fighting for something better.

So this is, this is well worth it. And hopefully–and there are some reasonable wealthy people who do understand that we cannot continue with excessive greed and wealth, that we cannot allow our republic to become an oligarchy or a plutocracy. And that is exactly what it’s going to turn into unless everyday people raise their voices.

So this is worth fighting for. And it might not be pretty. It might be messy, you know, to quote a famous senator. But it is worth it. That’s how our nation was founded. It wasn’t pretty. It was messy. But we are the United States of America because of it. And we are at a critical juncture. We are at a crossroads in our nation’s history about how we’re going to move forward. Are we going to continue to leave the 99 behind, or will the 99 rise up and say, we the people demand access back into our government?

JAY: All right, thanks very much.