Venezuelan President Hugo Chavez has declared that armed struggle in Latin America is essentially over. In the latest chapter of his complex mediation between left-wing guerrillas and the right-wing Colombian government, Chavez has asked the FARC guerrillas to lay down their arms and release all hostages "in exchange of nothing" - as a humanitarian gesture. To clarify the complex relations between FARC, Hugo Chavez, the Colombian government and the Bush administration, The Real News Network Analyst Pepe Escobar spoke to historian Forrest Hylton in New York.

Venezuelan President Hugo Chavez has declared that armed struggle in Latin America is essentially over. In the latest chapter of his complex mediation between left-wing guerrillas and the right-wing Colombian government, Chavez has asked the FARC guerrillas to lay down their arms and release all hostages "in exchange of nothing" - as a humanitarian gesture. To clarify the complex relations between FARC, Hugo Chavez, the Colombian government and the Bush administration, The Real News Network Analyst Pepe Escobar spoke to historian Forrest Hylton in New York. 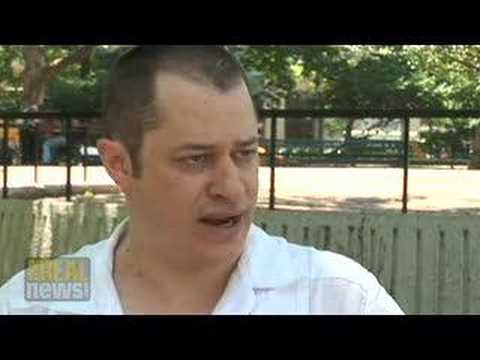 HUGO CHAVEZ, VENEZUELAN PRESIDENT (SUBTITLED TRANSLATION): The guerrilla war is history, and FARC, you have to know that you have been the excuse used by the empire to threaten us. You are the perfect excuse. I believe it’s time for the FARC to release all people who are in the mountains. It would be a great humanitarian sign, in exchange of nothing.

PEPE ESCOBAR, ANALYST, THE REAL NEWS NETWORK: So what’s behind this spectacular announcement by Hugo Chavez that armed struggle in Latin America is over? To put in perspective the complex web involving the FARC, Hugo Chavez, the Uribe government in Colombia, and the Bush administration, I spoke in New York to historian Forrest Hylton, one of the foremost US specialists in South America.

ESCOBAR: Forrest, Hugo Chavez just said that the FARC, the revolutionary leftist guerrillas in Colombia, are historically finished. How do you deconstruct what he’s saying? And do the FARC still represent, like, campesinos, peasants populations in Colombia? Are they still an authentically revolutionary movement or it’s gone?

HYLTON: I would say that it’s been a very long time since the FARC have represented a real revolutionary movement. At least since the late 1970s, they’ve been engaging in policies of extortion, kidnapping, and drug trafficking.

HYLTON: For a long time they profited from drug trafficking and they essentially taxed it in their territory. And they were very low on the overall rung of cocaine production and distribution. Over the years, as certain regional blocs have evolved with ever greater autonomy from the central command, those regional blocs, particularly on the Venezuelan border or the Brazilian border, are up to their necks in cocaine trafficking, including processing and distribution, at least through South America. Once it leaves South American territory, then it’s in the hands of other operators. So you wouldn’t say that the FARC have distribution networks either in Europe or the United States, unlike the paramilitaries, who had distribution networks in both Europe and the United States.

ESCOBAR: Yeah. Nobody ever talks about the right-wing paramilitaries in Colombia. And they’re also involved in drug trafficking.

HYLTON: Well, the 14 paramilitary commanders who were extradited to the United States last month were extradited on cocaine trafficking charges, not for crimes against humanity, where, you know, in Colombia they’ve been convicted in absentia for a number of massacres and other types of brutal crimes. Here they’re only wanted for trafficking in hundreds of tons of cocaine.

ESCOBAR: Well, this is one thing that Hugo Chavez doesn’t do, apparently—narcotrafficking.

HYLTON: No, he does not. But since he has not collaborated with the United States and the DEA, Venezuela has in fact become a transshipment point for cocaine just as much for the right-wing paramilitaries as for the FARC themselves. So Chavez has very important security concerns in mind when it comes to trying to help broker a negotiated peace settlement with the FARC. And I understand his declaration as a way of saying to the FARC, listen, the time has come to let the hostages go. If you let the hostages go, then we have a first concrete step towards a peace process. You let the hostages go, we have the chance to perform a regional peace initiative on the model of the Contadora group, which helped broker the Central American peace accords, which would include South American countries, as well as France. And so I see Chavez continuing to play the role of a broker of a regional peace settlement that would put an end to Colombia’s armed conflict, because right now the FARC are the most hated group, practically, in Colombian history. They have less than 3 percent support of the population. And even in the countryside they have very little support. Of course, they still represent an option for young, landless peasant youth who have no jobs and no prospects.

ESCOBAR: And no social organization.

HYLTON: And very little social organization in the war zones, who are going to wind up in the army, in the files of the paramilitaries, who are with the FARC. So the FARC still represent an option for youth with few other options, particularly non-military options. But the FARC really don’t represent an alternative, even, for the sort of rural constituency that they traditionally cultivated, because it’s been a long time since the FARC has really been able to put forth serious political proposals. They did so in the mid-1980s through their Unión Patriótica, their political party. But because they refused to put down their arms and make a peace settlement then, Unión Patriótica was slaughtered and there was political genocide. So Chavez is saying the time has now come, gentlemen, to begin the peace process by freeing the hostages. If this happens, Chavez will go down in the history books as one of the most important statesmen in Latin American history.

ESCOBAR: Yes, but the United States State Department and Pentagon don’t seem very much interested in a peace process in Colombia.

HYLTON: They do not seem interested in a peace process in Colombia. When the last peace process took place, under President Andrés Pastrana up until 2002, this was during the time of the first installments of Plan Colombia, which began under the Clinton administration, continued under George W. Bush. And during that period, I believe, one percent or perhaps two percent of Plan Colombia’s budget was devoted to the peace process. So it’s quite clear that the United States has bet on war, but what’s interesting to note is now with the momentum coming from UNASUR through Chavez, through Correa, and the French government, it’s possible that in spite of Washington’s disinterest in anything other than a military solution to the conflict, there will be a political way out.

ESCOBAR: Let’s talk about Chavez. Is he totally encircled in South America as some right-wing circles in the US try to propagate? Does he have reason to fear that they might try another coup like in April 2002?

HYLTON: I think Chavez and other leaders in Latin America would always be wise to fear a possible coup attempt, because there can be little question that coup plotting takes place. The real question is: how likely is it to succeed? And in the case of Chavez in Venezuela, both because of internal reasons, but especially for external, international diplomatic reasons, a coup in Venezuela would likely fail immediately, because the countries around Venezuela would not support such an initiative other than Colombia. Only Colombia’s interested in seeing a return to power of the displaced political elites in Venezuela. The rest of the hemisphere, in fact, considers Hugo Chavez an important head of state and in many cases a friend—Lula in Brazil, Bachelet in Chile. Of course, Bachelet—.

HYLTON: Kirchner in Argentina. Of course, Bachelet and Chavez have had public discussions or debates which have not led to any type of rupture or even, really, tremendous friction. So, in fact, Chavez has a number of allies in South America, and I would say most South American countries consider him an ally. And the leadership role that he has taken in hemispheric affairs is not one that’s opposed by any of the countries around Venezuela, except Colombia.