The spark for the civil rights movement happened 48 years ago in Greensboro, North Carolina. The state has voted red since 1976 - and it was red until mid-September. Pepe Escobar, reporting from Greensboro and financial center Charlotte, tells how Senator Barack Obama's campaign has energized voters from a broad spectrum, including blacks, female voters and independents, suburban and exurban, to the point that the state is now turning blue. The Republican Party 's "Southern Strategy" is not working anymore. This is the new New South, 16 years after Bill Clinton; Obama - a liberal black senator from Chicago - is on the road to carry other southern states, from Virginia to Florida.

The spark for the civil rights movement happened 48 years ago in Greensboro, North Carolina. The state has voted red since 1976 - and it was red until mid-September. Pepe Escobar, reporting from Greensboro and financial center Charlotte, tells how Senator Barack Obama's campaign has energized voters from a broad spectrum, including blacks, female voters and independents, suburban and exurban, to the point that the state is now turning blue. The Republican Party 's "Southern Strategy" is not working anymore. This is the new New South, 16 years after Bill Clinton; Obama - a liberal black senator from Chicago - is on the road to carry other southern states, from Virginia to Florida. 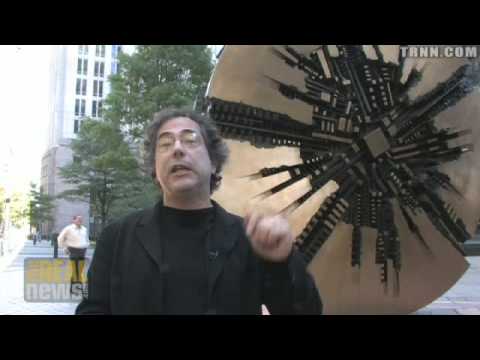 PAUL HAMEL, REAL NEWS MEMBER: If you think about the kind of events that are going on around the world, corporate media tends to turn it on its head. With The Real News it was sort of interesting, because it’s actually turned things back on its feet so that you can actually understand the reason for certain types of events.

PEPE ESCOBAR, SENIOR ANALYST, TRNN: Forty-eight years ago, right here at the heart of Greensboro, North Carolina, four hungry black students, they came to the diner inside Woolworths, they sat down, and they refused to leave until their meals were served. The next day, there were 28 people. Then, a few days later, there were 300 people. Within two months, across nine states there were 15 sit-ins going on. The American civil rights movement was born. That was a long way from blacks being lynched, segregated, and being in extreme danger because they wanted to vote. One of those four students, his name was Franklin McCain (no relation.) It’s impossible to understand what’s going on in North Carolina in 2008 without coming here. Woolworths now is being converted into an international civil rights museum. North Carolina has not voted Democratic since 1976, although it has more registered Democrats than registered Republicans. Until a few weeks ago, before the Wall Street meltdown, this was an even more unlikely swing state than Virginia. Now, only a few yards away from Woolworths, this is what’s happening.

HOWARD RAWLEY, OBAMA CAMPAIGN VOLUNTEER: I’m a product of the civil rights era. I attended school here [inaudible] in the ’60s. I participated in the civil rights movement. Everyone’s hurting now, even those individuals who’ve never experienced that are feeling the impact of the negativity that this administration has brought to the forefront. So I think that that is probably what has promoted so much of an impact, positive impact, for Senator Obama here in the Carolinas. This is a very historical event, one that perhaps I never even thought that I would see in my lifetime.

ESCOBAR: Yes, this is a second silent American revolution. A new New South, sixteen years after Bill Clinton, is now entering American politics. Charlotte is the face of the new New South. It’s the corporate headquarters of Bank of America, right behind me, and Wachovia as well, on the other end of Tryon Street, soon to be gobbled up by Wells Fargo. Forget about red necks in pickup trucks, Bible Belt, and Joe the Plumber—this is the biggest banking center in the US outside of New York City. But then Charlotte the boom town, attracting waves and waves of highly educated professionals just as the research triangle of Raleigh and Durham was hit by the financial crisis. Wachovia employs 20,000 people in Charlotte alone. The layoffs in the local economy started as early as six months ago. The financial crisis may be leaving a lot of people here to fall off the tracks. In Charlotte this means East and West boulevards divided by South Boulevard. On one side we have gleaming, post-modern, financial-services America, even in crisis. On the other side we have real America, suffering America. But there’s also an interesting twist. These tracks here, they are for a very modern trolley—cheap collective transportation, a no-brainer that in countless American cities would dramatically reduce US dependence on foreign oil. Twelve percent of North Carolina’s population is poor, earning less than $50,000 a year. Many among these are blacks, poor or middle class. What has changed is that most are now flocking to the polls.

WILLIE CHRISTOPHER, EARLY VOTER: Change health care, and giving back tax programs to the needy people as far as the people making the $250,000 above a year, to people not putting that in programs that’s going to help the needy people.

ESCOBAR: In North Carolina, blacks have been a very impressive 31 percent of early voters so far. They make up 21 percent of the state’s population. In 2004, they made up only 19 percent of the state’s vote. Democrats are outvoting Republicans by 2.5 to 1 in North Carolina—that’s double the margin from 2004. Bush won North Carolina by 12 four years ago, but that’s the past. Here Obama has outspent McCain 8 to 1. His campaign did redraw the electoral map, creating tremendous excitement among blacks, college students, the [female] vote, independents, ex-urban and suburban.

MCKINLEY SANDIFER, STREET PREACHER: Everybody’s excited about Obama. You know. [inaudible] you know, is for McCain. But as the way it is here, it’s almost like it is everywhere, the same way everywhere—you know, blacks were excited and a lot of whites are excited, I mean, because they want somebody true and right. You know. And it’s been the way it is for a long time.

ESCOBAR: Among male voters Obama holds even with McCain. That explains why he is up one percentage point according to Real Clear Politics. Both Obama and McCain have been to North Carolina seven times each since the start of the campaign on September 5. The McCain campaign even in its worst nightmares would never have dreamed that they would be fighting for their lives here in North Carolina in October. McCain is desperately moving all his chips to Virginia. That’s a long shot. Obama is up by a steady 7 in Virginia, thanks largely to the northern suburbs close to Washington. And McCain is also attacking Florida, where Obama is up by 2.2, according to Real Clear Politics. The social conservative revolution was born here in Dixie. Well, bye-bye, Jesse Helms. Biblical language nowadays is directed more towards Wall Street than towards homosexuals. White North Carolinians are even considering casting their vote for a liberal, black senator from Chicago. This election is about voters’ social class, about age, about geography, and, yes, about race. The time seems to be exactly right for a blue Dixie led by a black man. Now, that’s a new New South, something that Franklin McCain, 48 years ago in Greensboro, could only dream about.