For months there has been relentless talk of an October surprise capable of swaying the US presidential election - just as the Osama bin Laden video "Message to the American people" released in late October 2004. Possible October surprises include former Secretary of State Colin Powell endorsing Senator Barack Obama and former Vice President Al Gore campaigning for Obama in Florida - the state that cost him the election in 2000. Meanwhile, al-Qaeda has vaguely endorsed Senator John McCain. But many - including top US government officials - are still waiting for an Osama bin Laden video.

For months there has been relentless talk of an October surprise capable of swaying the US presidential election - just as the Osama bin Laden video "Message to the American people" released in late October 2004. Possible October surprises include former Secretary of State Colin Powell endorsing Senator Barack Obama and former Vice President Al Gore campaigning for Obama in Florida - the state that cost him the election in 2000. Meanwhile, al-Qaeda has vaguely endorsed Senator John McCain. But many - including top US government officials - are still waiting for an Osama bin Laden video. 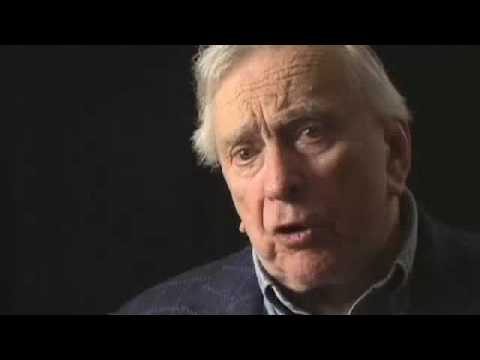 PEPE ESCOBAR, SENIOR ANALYST, TRNN: For many in the US and around the world, the October surprise was Colin Powell, with impeccable timing, endorsing Barack Obama. For others it may be this November 1 surprise: Al Gore coming to Florida to campaign for Obama.

AL GORE, FORMER VICE PRESIDENT: Take it from me, elections matter. Every vote matters. You don’t know what could go wrong on election day.

ESCOBAR: Another immensely powerful symbol choreographed with perfect timing, eight years after Gore won the popular vote and was made to lose an election in Florida. But then the October surprise might be the return in audio or video of Osama bin Laden. Barack Obama seems to have been endorsed literally by the whole world. Al-Qaeda, meanwhile, seems to be palling around with John McCain. This week, top al-Qaeda commander Abu Yahya al-Libi, who escaped from a US prison in Afghanistan in 2005, in a video posted in an Islamist Web site he did not endorse a party but asked, I quote, "God to humiliate Bush and his party." ("Qaeda wants Republicans, Bush ‘humiliated’: Web video," Reuters, Oct. 30, 2008) The quote may not specifically relate to the election. After all, all al-Qaeda videos, they always blast George W. Bush. But earlier, in October 22, at the al-Hesba website, a message in an al-Qaeda forum stated that "Al-Qaeda will have to support McCain in the coming elections so that he continues the failing march of his predecessor, Bush." "Al-Qaeda says it wants four more years," nsnetwork.org, Oct. 22, 2008) And now, I quote, "multiple senior government officials," they have told ABC News that Osama bin Laden himself may be getting ready for his closeup all over again. Al-Qaeda’s game plan in the eyes of Osama bin Laden and Ayman al-Zawahiri is based on action and reaction. A terrorist attack against the US is met by a counterattack, a massive counterattack by the US against a Muslim country or countries. This way, al-Qaeda reasons, while Salafi jihadists, they get to expand their grip in the Muslim world, civil liberties inside the paranoid US, the way al-Qaeda see us, are totally under siege. Al-Qaeda ideology believes that this would eventually provoke a violent reaction from the American people, and then US government will have to quell a domestic revolt and scale down the worldwide empire of bases, the Pentagon budget, and what Islamists see as a war against Islam. So how does John McCain serve al-Qaeda’s purposes as the hot-tempered, ultra-hawk, impetuous, the way al-Qaeda describes him, surrounded by neocons and bound to prolong indefinitely the wars in Iraq, Afghanistan, and maybe somewhere else. But there’s no evidence to suggest, according to his own speeches, that Obama would be less hawkish or less impetuous than McCain. Everyone remembers the bin Laden video titled "Message to the American People." A very good translation of what he said is right here in this book. The video came out just four days before the 2004 election. It was the first bin Laden video since late 2001, and it may have swayed the election towards Bush. At the time, bin Laden could not have been sharper. He said, and I quote, "We are continuing this policy of bleeding America to the point of bankruptcy, Allah willing." And he also said, "The White House policy of doing everything possible to start wars on new fronts to keep various corporations busy, whether in the field of arms or oil or reconstruction, helped al-Qaeda achieve these tremendous results." Since 9/11, America has been bleeding and has almost faced bankruptcy, not necessarily because of al-Qaeda, but because of a toxic mix of Bush administration policies. So now there is indeed an atmosphere of déjà vu all over again.

GORE: Florida once again can decide the outcome of the national [inaudible]

ESCOBAR: Al-Gore campaigning in Florida, but now as a Nobel Prize winner supporting a black intellectual for president. And that ghostly mythical bin Laden, if he’s still alive in his cave, mulling how he can demonize a possible President Obama that enjoys an amazingly high global approval rate. Dead or alive, it’s the flow of history that seems to be rendering bin Laden irrelevant, as irrelevant as George W. Bush.

Stir Crazy! Episode #46: The First Amendment Goes Up In Flames