TRIPS: The Story of How Intellectual Property Became Linked to Trade (6/7)

Professor Peter Drahos says the story of the trade agreement is not just a story of power, it's also a story of clever psychology

Professor Peter Drahos says the story of the trade agreement is not just a story of power, it's also a story of clever psychology 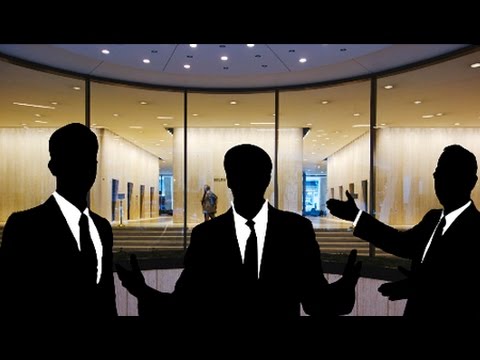 This is part 6 of a series with Peter Drahos who is explaining the story of IP linked to trade.

Joining us from Australia, Peter Drahos is a Professor at the Australian National University, in the School of Regulation and Global Governance. He holds a Chair in Intellectual Property at Queen Mary, the University of London. Peter Drahos is co-author of Information Feudalism: Who Owns the Knowledge Economy?

FRIES: Let’s talk now about the kind of new morality that was used to justify the TRIPS agreement.

DRAHOS: Yes, TRIPS is not just a story of power, and it’s not just a story of networking, it’s also a story of clever psychology. And this is a phenomenon that’s sometimes referred to as framing. My co-author and I, John Braithewaite, talk about it as a contest of principles. So back in the 1980s, the architects of TRIPS talked about it in very simple terms. They said that it was a case of people being pirates, of stealing from the mind. And so they depicted intellectual property rights as property that one had a right to and the people who made use of knowledge as pirates, as thieves.

And so this was a very simple framing device. I’m sure we all remember the ads that appear at the end of our videos. The idea that stealing the video was no different to stealing a car. So making the – in drawing the simple analogies has a very powerful effect on our perceptions, on the psychology of intellectual property.

So a simple way in which to try and justify intellectual property rights is to say that if one plants an orchard one is entitled to the fruit in that orchard. This is the idea that one is entitled to what one has labored for. Now that certainly makes a lot of sense in relation to apples. It’s a much more complex picture when it comes to knowledge

At some point, we have to acknowledge that there are many contributors to knowledge. And that there are successive generations of people. This intuitive idea that Newton talked about of standing on the shoulders of giants. Well we don’t want somebody to kick away the ladder. We want that possibility of standing on the shoulders of giants, of being able to contribute to knowledge. That’s an important process that helps to develop knowledge and helps to diffuse it. So it’s a complicated story and drawing simple analogies between IPR and the ownership of cars completely obliterates this complex truth.

FRIES: Talk about subsequent resistance to this framing device and to the consequences of TRIPS.

DRAHOS: What happened was the movement in the 1990s civil society, the activists began to point out that actually there’s a much more complex truth here. That inventions often rely on research in public universities. And that IP owners often had not invented what they owned. And there was a lot of complexity to how knowledge moved around. And so they essentially, reframed the debate. And they began talking about …patent profits being more important than public health. And of course when one puts it that way the idea that patents are more important than public health we immediately begin to think differently because the purpose of patents ultimately are to help public health. I mean the whole reason we have patents ultimately are to have medicines that make us better.

So as a result of the passage of TRIPS people really began to question what impact strong product patents in India, in China would ultimately have on the price of medicines for everybody.

People began to look at the implications of patents over seeds. So there were many farmer protests in the 1990s. In India there was a lot of questioning of the power of companies like Monsanto.

A lot of people around the world have reservations about the idea that one can own bits of biology. That one can own animals. They one can own seeds and this is a cultural objection. It’s a moral objection. Of course, every country is entitled to its own particular moral position, to its own set of values. The problem here is that in pushing out and globalizing patents and globalizing intellectual property rights you are at the same time globalizing a set of value judgements. So that’s why intellectual property rights encounter resistance in many countries for example in South America where many indigenous people believe that these things should not be owned. But it’s not just indigenous people even citizens in the US would have, many citizens would have qualms about the extent of ownership that the patent system now enables in relation to animals, plants and seeds and so on.

FRIES: Give us some idea of the kind of effort going on to protect the public domain.

DRAHOS: The idea for example of owning a single gene that would control all the milk through all the dairy cows in the world is an extreme possibility I think we would all agree. But it is a possibility that is now raised by our intellectual property system. And it takes a lot of hard work to make sure that genes remain in the public domain. There is a tremendous amount of litigation that’s taken place over the decades to establish the fundamental idea that genes exist in nature and should not be the subject of patents.

So going back to the idea of genes, we can all agree that genes that exist in nature should be available to all of us. But importantly, we should also all agree that legal stratagems to try and circumvent that basic principle should also not be allowed. So for example, simplied by isolating a gene or purifying it in some way and gaining ownership of it in that way that’s another stratagem that we should not allow. The price of making sure that we have a vibrant intellectual commons from which we can all draw is eternal vigilance.

FRIES: Comment on this other dimension to globalization of intellectual property rights – the issue related to their enforcement.

DRAHOS: Now historically many intellectual property rights were a civil matter. They were predominately enforced in civil litigation. But what we see increasingly is that people can be sent to jail for downloading, for infringing copyright, for the act of copying. So there’s been a great shift in the world to use the criminal law to enforce monopoly privileges. And that’s very, very alarming. Because it has a chilling effect. Because IP laws are complex.

It’s not clear to a librarian what she or he may do in terms of uploading something for other library users to use. It’s not clear to educators for example what they may or may not do. And likewise patent law is very complex and it’s not often clear what the position in patent law is. And so if one is of a cautious disposition, you obviously do nothing rather than take a risk. And particularly when the criminal law comes into play the chilling effect of these monopoly privileges are potentially very, very large.

FRIES: What’s a key takeaway from the story of TRIPS?

DRAHOS: We should all be worried about the TRIPS story because it really signals a global world that we as citizens really don’t want. We all have interests in knowledge diffusing. As children we copy people, we imitate people. That’s the very basis of learning. And what we see today are multinationals turning knowledge into a private good. And that basically means that inequality will continue to grow. It will slow down the diffusion of knowledge. And ultimately it will not serve the kinds of public goods that we want as citizens – the public goods of education, the public goods of research.

On top of that, multinationals are creating a new kind of morality around the private good of knowledge. They are locking it up. They are saying to us, it’s bad to imitate. It’s bad to copy. That’s simply not true. And in addition to all that, they are using the state…they are creating a kind of Kafka-esque criminal apparatus. They want to throw us in jail. And its lucky for us that many people around the world are resisting this.

Young people, brilliant software engineers who really understand the importance of sharing algorithms, trying to diffuse knowledge. And so I am really heartened by the fact that we have great activists in America, in Europe, great software programmers, scientists that speak out against patenting. All of these things, all of these voices give me a lot of heart. That there is a fight back. We don’t want to live in a world where you can be sent to jail for doing something that is natural and human. To model others, to copy others and to learn from them.

So the basic logic that’s really was elaborated in the 20th century and now drives the entire world is that of a hegemonic power over knowledge. We as citizens want knowledge to diffuse. That causes equality. But what multinationals want is power over knowledge. They basically want to take a public good and turn it into a private good. That’s the problem. And on top of that, they want to create a new kind of morality around that private good. They want to criminalize what comes naturally to us – that of copying, that of sharing. We do that as children. It’s the only way that we learn. And so we really as citizens have to contest this knowledge – that’s the key – this hegemonic power over knowledge. If we don’t do that we will move into a world where wealth will continue to be unequally distributed and the diffusion of knowledge will be slowed down. And there will be a terrible price to pay for that.

FRIES: We are going to break here and be back with Part 7. Please join us for our next and concluding segment of our series on IP linked to trade with Peter Drahos. Peter Drahos, thank you