TRIPS: The Story of How Intellectual Property Became Linked to Trade (5/7) 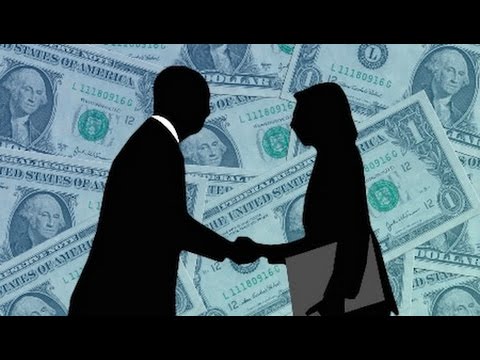 This is part 5 of a series with Peter Drahos who is explaining the story of intellectual property linked to trade.

Joining us from Australia, Peter Drahos is a Professor at the Australian National University, in the School of Regulation and Global Governance. He holds a Chair in Intellectual Property at Queen Mary, the University of London. Peter Drahos is co-author of Information Feudalism: Who Owns the Knowledge Economy?

So goods that are produced or innovation that’s produced at public expense is recycled through the intellectual property system and people in a sense pay the license fees, the private taxes, again. So it’s a form of double payment both public taxes and private taxes. And this happens all the time. Think of for example books that are produced by university academics and those academics are paid for by tax payers. And then those books end up being published by publishers who basically collect fees from universities that use those books or parts of those books in their various courses. So the problem of copyright cartels essentially obtaining very high profits from recycling textbooks that have been produced at public expense is a very severe problem.

FRIES: An argument in favor of globalized IPR is that it’s needed for innovation. Talk about your views on that.

DRAHOS: When we look at the history of innovation in most countries what we see is that public investment has played a hugely important role. That public institutes of research have been extremely important. Intellectual property is often confused with innovation but the explanation for innovation lies in states committing to the funding of basic research. And that’s true for the United States. If we look at the history of the United States, the federal government of the United States has really played a huge role in promoting excellence in universities in funding public research.

Now intellectual property rights have some modest role in all of this. But the problem is that they’ve grown like topsy. They’ve grown out of control. These things march like Frankenstein through our economies. And that’s the real problem. My argument is not that there is no role for IPR but what to be recognized is that governments have to commit to using public taxes as they have in the past to funding basic research and to funding universities.

An obsession with intellectual property rights can have unexpected repercussions on research cultures. And I think many scientists would say that the research environment in universities is profoundly different to what it was thirty or forty years ago. I mean scientists when for example when they were working on recombinant DNA technology as they were in the early 1970s publicly spoke about the dangers of recombinant DNA technology and they spoke about some of the advantages.

They were able to do this because they were working in public institutions. And in the United States public universities drove much of the research in recombinant DNA technology. Now I think if you spoke to those researchers many of them would say that these kinds of public discussions about the direction of research are much harder for our society to have because scientists worry about undermining the validity of a patent application for example.

FRIES: And what’s the problem on relying on the international patent system?

And of course billions of people in the world do not have the ability to pay for patented medicines. So in essence the patent system is picking up the preferences of predominantly wealthy citizens which is why many diseases, tropical diseases, are essentially not researched. Because the markets in those patented medicines are not big enough. There are not enough incentives for pharmaceutical companies to enter those particular markets. So relying on the patent system to serve the entire globe, all the citizens of the world, is essentially flawed.

FRIES: It’s not hard to see the critical need for public institutes of research but they are state funded and states are collecting less taxes. Which brings us to the role of intellectual property rights in tax avoidance games. Tell us about that.

DRAHOS: One of the issues that’s confronting all countries is raising sufficient revenue. Getting companies to pay sufficient taxes. Now at an international level a perennial problem has been the issue of transfer pricing. This is basically where a large company transfers a particular asset between its subsidiaries.

So for example, a licensing agreement in which one part of the company licenses another part of the company to produce a particular good. Now the whole idea behind transfer pricing from a company’s point of view is that in those countries where the tax is high, the particular subsidiary pays the most for the license. So in other words, it can claim the biggest costs for the purposes of the taxation system in that country. Now in theory, tax departments require that companies value the transfer of assets for the purposes of transfer pricing at arm’s length.

Now this can work fairly well in relation to physical goods such as factories for example, where it is reasonably easy to determine the value of what the sale of the factory really is. It is actually very difficult to value invisible, intangible property. Trying to value what a particular license, a patent license, is worth is quite a complicated problem for a tax bureaucracy. Now the transfer pricing problem has been around for decades. And tax departments all over the world have struggled with it. And it’s really led to this problem of fiscal degradation.

FRIES: We are going to break and be back with Part 6. Please join us as we continue our conversation with Peter Drahos. Peter Drahos, thank you.