TRIPS: The Story of How Intellectual Property Became Linked to Trade (4/7)

The globalization of intellectual property rights will not improve trade, competition, or the livelihood of workers; it leads to underdevelopment, says professor Peter Drahos.

The globalization of intellectual property rights will not improve trade, competition, or the livelihood of workers; it leads to underdevelopment, says professor Peter Drahos. 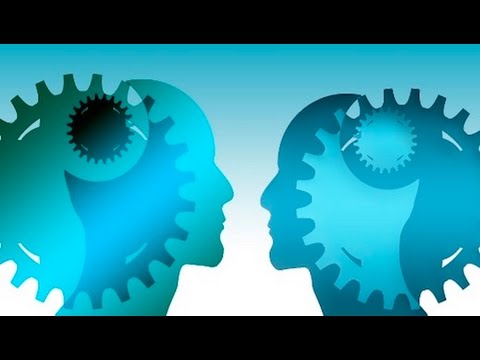 This is Part 4 of a series with Peter Drahos, who is explaining the story of intellectual property linked to trade.

Joining us from Australia, Peter Drahos is a Professor at the Australian National University, School of Regulation & Global Governance & holds the Chair in Intellectual Property at Queen Mary, University of London. Peter Drahos is co-author of Economic Feudalism, Who Owns the Knowledge Economy? Welcome, Peter.

FRIES: In Part 3 you talked about how when proposals came out of the United States and Europe to strengthen IPR key developing countries resisted this initiative. It wasn’t that they were against intellectual property but they were against excessive monopoly privileges. Talk more about how that developing country resistance was broken in the Uruguay Round of Negotiations that created the TRIPS agreement under the administration of the World Trade Organization.

And who were the resistance. Well, India and Brazil. Of course China was not part of the negotiations at this time because it was seeking membership and so was right on the outer. And so what happened is that the circles of consensus were expanded and then key developing countries were threatened with trade sanctions. Both the European Union and the United States were involved with this. Until at the end, all resistance was crushed. That was the key point. And so that by the time you got to the signing ceremony in Marrakesh in 1994 there was no resistance. Everybody dutifully trotted up and signed the agreement. And it was all over really without any citizen input at all. And everybody who was part of the process acknowledged that it was a done deal.

FRIES: You said the architects of TRIPS took great care to define TRIPS as simple justice because it was such a complex injustice. Take us through one example of the kind of injustice you’re talking about.

DRAHOS: Once African countries understood the significance of IPR they immediately began to take steps to try and do something about it. South Africa is a good example. They introduced provisions in their Medicines Act that would make it easier to get access to cheap anti-retrovirals. Their reward for doing this–for serving their citizens–was litigation by pharmaceutical companies who claimed that they were breaching TRIPS. So we have here an example of the costs to public welfare of signing on to agreements that contain monopoly privileges that affect access to medicines. The history of this is well known. The pharmaceutical companies named Nelson Mandela in their writ that they served upon the South African government.

In the end the pharmaceutical companies withdrew that litigation. They did not go on with it. And the reason was because of all the adverse publicity. The NGOs both in the United States and in South Africa drew attention to this fundamental injustice that had occurred. That an agreement, a trade agreement, about which people had very little knowledge had been imposed on South Africa and was jeopardizing access to medicines. And the publicity of all that made politicians rethink their support for the pharmaceutical industry and ultimately it led to a rethink of some of implications of that agreement

Despite all of the good work that is being done in this area by civil society groups by countries like Brazil & India that continue to criticize some of the developments in the intellectual property field, the reality is that patents are part of the global structure of the trade regime. They have globalized. If you joined the World Trade Organization you have to respect patents over products. And that means that we all of us have to live with pharmaceutical patents in areas where they never existed before & in countries where they never existed before.

DRAHOS: I think one of the big unanswered questions is how will this affect the structure of the generic industry. So we see in Australia for example that generic industries have essentially disappeared or they’ve formed alliances with big pharma. And that’s a phenomenon that’s taking place right around the world. So if you can’t beat them you join them. There are some pretty big structural adjustments taking place in pharmaceutical markets. I personally worry about the future of the generic industry. I worry about competitiveness in pharmaceutical markets

FRIES: Viewers may recall Faizel Ismail, South Africa’s former Ambassador to the World Trade Organization, talked to us about big structural adjustments in world production under the dominant approach to trade – the global value chain approach and of initiatives to further strengthen that approach. Initiatives he opposed as trade minister at the WTO. Tell us how IPR fit into that value chain approach.

DRAHOS: If we think of a value chain as a chain in which an IPR originates in the United States or the EU and we think of a global supply chain such as for example an Apple iPod, who actually benefits from the assembly and sale of that iPod. Well the answer is ultimately it’s the owner of the IPR the patent, the trade mark and so on. The people a ssembling the iPod or the smart phone in China gain very little benefit from the actual sale of that, the transport of that particular phone from China to the United States.

Another example are seeds if you have patented seeds the lion’s share of the profit goes ultimately to the owner of the patent in the seeds. How much do farmers get for the products that they grow under patent? Many farmers, in many countries, are now saying that they receive a very poor return for what they grow. But that hasn’t stopped the companies that own patents in seeds, in biology, from making extremely healthy profits. So again we have an example of where the patent owners, the intellectual owners are benefiting from these rules. Whereas farmers, laborers, the people who work in factories assembling IP owned products gain very little from the process.

FRIES: Summing up on development and competition, what’s a key takeaway?

DRAHOS: One of the real dangers of globalizing IPR is that it rewards the encumbents. So the multinationals that have a particular advantage now whether it’s in pharmaceuticals or in computer software, they get they extended benefits of monopoly privilege. And this makes it much harder for other countries, for firms from other countries, to enter the market. So paradoxically, IPR the globalization of these rights, is all about underdevelopment. It’s about entrenching the advantage of existing firms and making competitive markets more difficult to realize. So it’s not really about trade or competition at all. It’s all about the globalization of monopoly privilege.

FRIES: We are going to break here and be back with Part 5. Please join us as we continue this series on IP linked to trade with Peter Drahos. Peter Drahos, thank you.