TRIPS: The Story of How Intellectual Property Became Linked to Trade (3/7)

Countries like India and Brazil saw early on how excessive monopoly protection due to intellectual property rights would be an impediment to development, says professor Peter Drahos

Countries like India and Brazil saw early on how excessive monopoly protection due to intellectual property rights would be an impediment to development, says professor Peter Drahos 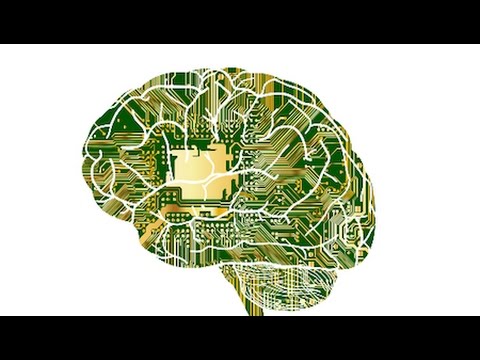 This is Part 3 of a series with Peter Drahos who is explaining the story of IP linked to trade.

Joining us from Australia, Peter Drahos is a Professor at the Australian National University, at the School of Regulation & Global Governance. He holds a Chair in Intellectual Property at Queen Mary, the University of London. Peter Drahos is co-author of Information Feudalism: Who Owns the Knowledge Economy?

FRIES: Your closing point in part 2 was that world trade should be about the movement of goods, the exchange of services not about the strengthening of monopoly privileges. Talk now about the impact of strengthening intellectual property rights on economic development & competition,

DRAHOS: All countries if we look at the history of intellectual property rights have adjusted the rules of the game to suit themselves as best they can. So when a country achieves political independence it may not necessarily achieve economic independence in the sense that it may have very many foreign companies in its economy. And every country has aspirations to develop its own industries to achieve control over particular technologies in which it has some sort of comparative advantage. So what we see are national aspirations to create industries, to grow industries, and to define rules in ways that suit the growth of those industries. And every country whether they’ve been European countries or whether it’s the United States or whether they’ve been developing countries have done this.

If we look at the history of developing countries, large developing countries like India & Brazil, what we see are initiatives to try and adjust the patent system for example to suit their own interests. That’s only natural. So India for example would only recognize patents on processes but not on products. And the idea behind that was to try and encourage their pharmaceutical industries to compete for better processes to find or to get at cheaper drugs. So we see this process of adjusting the rules of the game to suit one’s own national context.

DRAHOS: One of the important ways in which the rules of the game were changed globally for IPR were through the idea of forum shifting. This is a phrase my co-author John Braithewaite use to describe a strategy in which if you are losing in one forum, you are on the end of a losing game, you shift the game to another forum. Now in the case of intellectual property rights the losing forum for the United States was the World Intellectual Property Organization because in that forum there were a lot of developing countries that had come together and were essentially resisting the US agenda on intellectual property rights. So what the United States did was to shift into the GATT – the General Agreement on Tariffs & Trade. So, this is an example of a forum shift. You go from a losing forum to a forum that you dominate, where you are going to win under the rules of the game and since the forum shirt from the World Intellectual Property Organization to the World Trade Organization we see yet another forum shift now into Free Trade Agreements and most recently into the Transpacific Partnership. So forum shifting is going on all of the time. It’s all about shifting to that forum that you dominate where you have the most power and where you can get the most favorable outcome in terms of rules.

FRIES: But the question remains, why ultimately did developing countries sign the WTO agreements that TRIPS was a part of?

For example, during the TRIPS negotiations in the 1980s the HIV AIDs epidemic was really growing at an alarming rate and of course this was true during the 1990s. Now when we look at the history of the TRIPS negotiations, what we see is that no African country was part of the inner circle of the TRIPS negotiations. And so ultimately when that agreement was signed it in a sense was a death warrant for many people in Africa. The implications of product patents, the implications for access to anti-retroviral were profound. And that’s a terrible, terrible tragedy when one thinks about the effect of a trade agreement on hundreds of millions of people. And it also shows how important it is now for developing countries to have the technical expertise to understand the consequences of these agreements. Because for many countries in Africa intellectual property rights were not on the top of their priorities. Their expertise lay in other industries. They were interested in a good outcome on agriculture. And so the wool was really pulled over their eyes. And the countries that really participated in this inner circle do not have a lot to be proud of.

FRIES: Comment on what came next after the Uruguay Round.

DRAHOS: After the Uruguay Round was finished and people began to analyze actual economic effects of the agreement, the winners and losers, it became pretty clear that developed countries, the EU & the United States, gained disproportionately from the agreement. And in effect, developed countries had been “dudded” when it came to the agreement on agriculture. It was seen as a very unbalanced and unfair deal.

So there was a lot of criticism of the World Trade Organization. My own view is that the TRIPS agreement in a way cost the WTO a lot of legitimacy. It was born a flawed organization as a result. So what happened was that the Doha Round was launched and this was called the Doha Development Round. And the whole idea was that somehow the global trade regime would be rebalanced. That developing countries would get a fairer deal in areas that mattered to them in terms of the movement of labor, in terms of a better deal relating to agriculture.

Now as we speak, the Doha Round has yet to conclude and many people over the last few years have said that the Doha Round is dead. So the one round that was meant to serve the interests of developing countries hasn’t really produced the goods. And so one can see again why many people are critical of the trade regime from a development point of view. The Uruguay Round of agreements delivered a set of results that favored rich countries and the round that was meant to serve poor countries is lingering on not delivering anything at all.

FRIES: We are going to break and be back w Part 4. Please join us as we continue this series on IP linked to trade with Peter Drahos. Peter Drahos, thank you.