TRIPS: The Story of How Intellectual Property Became Linked to Trade (2/7)

The architects of this trade agreement saw great profit from controlling the building blocks of the biological and digital technologies of the future, says professor Peter Drahos

The architects of this trade agreement saw great profit from controlling the building blocks of the biological and digital technologies of the future, says professor Peter Drahos 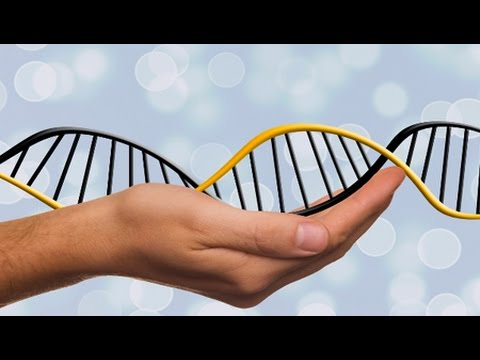 This is Part 2 of a series with Peter Drahos who is explaining the story of IP linked to trade.

Joining us from Australia, Peter Drahos is a Professor at the Australian National University at the School of Regulation & Global Governance. He holds a Chair in Intellectual Property at Queen Mary, the University of London. Peter Drahos is co-author of Information Feudalism: Who Owns the Knowledge Economy? Welcome Peter.

FRIES: In Part 1 you explained the TRIPS Agreement as a case study in how trade negotiations fails citizens. That the text of the TRIPS Agreement was defined by corporations. And the idea that private power drafts laws that we all have to abide by should worry people in democracies.

The TRIPS Agreement set detailed standards of intellectual property law that will profoundly impact the ownership of digital technology & biotechnology. Explain why that mattered so much to the architects of TRIPS.

DRAHOS: They are the big industries that will shape the 21st century. Futurists talk about the idea of software being incorporated into our bodies. If you read some of these projections about where digital technology will take us. In a sense we’ll become hybrids made up of software as well as flesh. And biotechnology will completely reshape our biological universe. So obtaining control over the building blocks of these things means that you control an awful lot.

If you are able to gain control of algorithms that control the products that we all buy. The products that exist in our smart phone. The software that runs the internet. The software that will run our frig. If you can control all of those things or parts of it, that gives you an awful lot of power. And the same is true for controlling the building blocks of biology, of nature.

So the further upstream you go, the more power you will have. And that’s why intellectual property traditionally, historically, has been very careful about creating the possibility of such ownership. So we see in patent law for example a very important distinction. Discoveries should not be owned. It’s only inventions but that line has become very blurred.

So the basic goal is simple enough. Control the building blocks that inform the technologies of the future. And you will become rich beyond the dreams of avarice.

FRIES: Give us an example of how that works.

DRAHOS: I think Microsoft is an interesting example of a company that understood that the real assets of the company lay in not in the hard end of computer technology. So it wasn’t mainframes and it wasn’t even PCs. What it really understood was software was the main game. And how does one protect software. The position that has evolved is that software can be protected through a combination of copyright, patents and trade secrets. And once you are able to entrench a particular standard as the main industry standard which is to say that everyone relies on that standard and you are able to turn that standard into a private good then the profits of that are absolutely enormous. And some companies saw this early on. And were able to take advantage of it.

As economies have changed corporations or private actors have come to realize that it’s much more profitable to control important bits of knowledge. So think back to the old days of dairy farming where people had herds of dairy cows. In the modern economy, it’s probably much more important to own the gene over the dairy cows and then you can license farmers to produce milk. Similarly, in the old days people would plant seeds and harvest crops. But now it’s become much more profitable to own the genes in the plants and license farmers.

So the economy has in a sense shifted in profound ways and intellectual property permeates things that we don’t really expect such as animals, plants as well as all of the important bits of technology that drive the internet. So intellectual property rights are really pervasive which is of course why there is such an important struggle over there ownership.

FRIES: Can you give us a brief wrap-up of the ground covered so far?

DRAHOS: Focusing on the trade related aspects which is part of the title of TRIPS I think gives us a clue as to the ingenious nature of the idea of shifting intellectual property into the trade agreement. If you want to globalize an agreement the trade regime is a good way to do it because almost all countries participate in the trade regime. If you have a look of the membership of the World Trade Organization I think now over 160 and more countries are lining up to join. And the other thing that’s clever about trade related intellectual property rights is that it gives it a certain legitimacy that it completely lacks.

So if we think about intellectual property rights what are they really? Well historically they’re are simply monopoly privileges. They are things that the state grants – as a temporary, and that is important to emphasize, as a temporary privilege in order for these privileges to serve the commonwealth, the greater good. Now by calling these things intellectual property rights, one disguises the fact that you are handing out monopoly privileges.

FRIES: We are going to break and be back with Part 3. Please join us as we continue this series on IP linked to trade with Peter Drahos. Peter Drahos, thank you.