TRIPS: The Story of How Intellectual Property Became Linked to Trade (1/7)

In this 7 part series, Professor Peter Drahos explains how multinationals from US, Europe, and Japan collaborated to create a global platform for multinationals to privatize knowledge

In this 7 part series, Professor Peter Drahos explains how multinationals from US, Europe, and Japan collaborated to create a global platform for multinationals to privatize knowledge 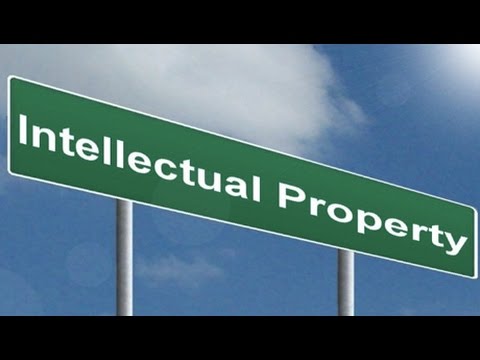 PETER DRAHOS: Think for a moment about the history of mathematics. The rules of arithmetic were created, invented, discovered many, many centuries ago in ancient civilizations in Persia, in Greece, in Egypt and later in the Great Islamic Empires. Europe was something of a late-comer, actually, to mathematics. Many Europeans of course benefit from these profound discoveries in mathematics. Imagine if Europe had to pay licensing fees to these earlier societies. How would that have affected Europe’s development?

Think of the rules of addition, or the rules of division. These are things that you learned as a child – multiplication tables. They’re driven by algorithms. The rule of arithmetic – lying behind them – are algorithms. So think of an algorithm of addition, for example, X + O = X. Every day we use that rule. We do mental calculations in our head. Everyday trillions of calculations are performed by computers using the algorithm of addition. An intellectual property owner could lay claim to an algorithm. So the social consequences of creating a private property right in something as important as the algorithms for addition are very, very profound.

LYNN FRIES: Welcome to TRN, I’m LF in Geneva. That was a clip from a talk on Understanding IP by Peter Drahos.

How intellectual property rights got linked to trade is the story of TRIPS. Current trade deals like the Transpacific Partnership, TTIP, CETA are TRIPS-plus. So what’s TRIPS?

The most important IP agreement of the 20th century, TRIPS was a trade agreement. TRIPS stands for Trade Related Aspects of Intellectual Property Rights, a World Trade Organization agreement; Two key words being, trade related which in one fell swoop, integrated intellectual property into the world system of trade and so globalized intellectual property rights. On the first of January, 1995 TRIPS literally came into force as it criminalized any infringement of its IP standards. Standards that define knowledge as private property needing criminal protection from theft, much like a car. TRIPS-plus trade deals push harder & further for more & more. Peter Drahos says the role of free trade agreements is to expand intellectual property’s empire.

Joining us from Australia to explain the story of IP linked to trade is Peter Drahos.

Peter Drahos is a Professor at the Australian National University, the School of Regulation & Global Governance. He holds the Chair in Intellectual Property at Queen Mary, the University of London. Peter Drahos is co-author with John Braithewaite of Information Feudalism: Who Owns the Knowledge Economy? and the award winning Global Business Regulation

DRAHOS: Thank you Lynn. I’m very glad to be here.

FRIES: Let’s start with some big picture context on TRIPS.

DRAHOS: Yes, intellectual property or TRIPS was part of a much broader agenda. And this agenda had really been laid out by the OECD back in the 1960s and early 1970s. In which a lot of these ideas for transforming the world economy were thought about and written about.

The idea was really to free the world in terms of capital investment. So the idea was that capital could move wherever it liked and obtain the most favorable circumstances that it could. Now the problem with that is that a lot of regulation has to be removed along the way in order for that to happen. Because obviously not all countries are equally wealthy. Some countries for example regulate prices of patents. That was something that the pharmaceutical industry was opposed to. They really wanted unregulated patent prices. And of course the effect of that is to raise the price of medicines. So if you are really committed to the idea of capital moving freely throughout the world without any restrictions the implication for national sovereignty is pretty profound.

TRIPS is probably the most significant agreement of the 20th century. There were a lot of them but TRIPS really created a global platform for multinationals. Every country that joins the WTO, the World Trade Organization, has to comply with TRIPS.

The TRIPS case study I think it’s a very important study in how a trade negotiation fails citizens. Because it was conducted in secrecy. Consumers weren’t present but even more importantly it was drafted by the corporations themselves because corporations have a lot of technical expertise. That have patent attorneys. They have intellectual property lawyers that are advising them. And so they were actually able to draft clauses, in fact, there was an entire draft agreement that was tabled by the Intellectual Property Committee before negotiators in the late 1980s. And essentially multinationals from Japan and from Europe and from the United States said to world governments this is what we want.

So it’s not just a case of simple lobbying. It’s a very sophisticated form of global networking in which actual text produced to influence what are ultimately public laws. So the idea that private power drafts laws that we all have to abide by is something that should worry people in democracies.

FRIES: You’ve written extensively that a corporate elite has played the knowledge game for over a century but wanted to change the rules of the game several decades back. And that the appointment of Edmund Pratt to Pfizer as CEO in the 1970s was a key event in making it happen. Talk about that.

DRAHOS: Well I think the Pfizer story is a really interesting story about how one can change the world. How individuals can change the world. So we often talk about globalization as this abstract thing but what we don’t realize is that individuals have important ideas. Now in the case of Pfizer & Edmund Pratt as well as the consultants that he hired or that gave him advise their big idea was to stick intellectual property into trade agreements. It’s a simple but very, very powerful idea. So the whole significance of this story in a way lies in the fact that individuals change the rules of the game. Globalization is not just an abstract force. People make our world and they make it in response to certain values or goals that they have.

FRIES: Talk about the key players and their agenda.

DRAHOS: The key players were the pharmaceutical industry because they were amongst the first companies to internationalize. They saw the possibility of markets in poorer countries like India & China. But aside from pharmaceutical companies there were also telecommunications companies or what we now broadly understand to be information technology companies because they could see the importance of global markets. Agricultural companies, companies that related in farm related activities like Monsanto. But as well automotive and manufacturing companies such as General Electric. Companies that essentially took out a lot of patents. And of course, then there were the cultural industries. So the movie industry for example where obviously the United States had a lot of important interests because of its very strong motion picture industry.

So there were a range of industries that came to understand that they would do better if they could strengthen their monopolies. It’s not that they didn’t already have intellectual property rights. They did. But what they wanted was to strengthen them far more. They essentially wanted to turn knowledge which is a public good into a private good. It’s a kind of simple but powerful idea.

A way to think about it is say look knowledge is inherently a public good. Knowledge basically just diffuses throughout the world. It has for most of human history. The reason we have the equality in the world that we do is because knowledge has moved around. People have learned how to do things from other people.

So TRIPS was really about eliminating competitors. So for example, the Indian generic industry was able to manufacture high quality products that people all around the world benefited from. So the idea that the US pharmaceutical industry had was that it could use TRIPS to impose product patents on Indian pharmaceutical manufacturers. The motion picture industry saw a way of strengthening copyright. And very importantly the big advantage of sticking intellectual property rights into a trade agreement was that the GATT or the WTO as we now know it had an enforcement mechanism. So that you basically had a means of enforcing these rights if countries did not comply with the standards. That was the real power behind the idea. That you basically could retaliate against countries using your trade defense tools. Whatever they happen to be.

FRIES: So US corporate leaders were the key players?

DRAHOS: It wasn’t just the United States that was ultimately involved in TRIPS because to impose a set intellectual property rights on the entire world when most countries are going to be losers from intellectual property rights, I mean not many poor people are going to gain from high priced text books in places like Pakistan or Vietnam or some of the really poor countries in the world. You are really raising the cost of education for these countries. You are raising the cost of medicines for these countries. You’re increasing inputs into farming. I mean why on earth would countries take on a deal like that?

So these corporate leaders in the United States needed the help, the assistance of their European counterparts. So it wasn’t just US pharmaceutical companies that got in on the game. It wasn’t just US agricultural companies & US IT companies. And the same is true for Japan. I mean Japan also had pretty strong interests. We forget that Japan was the second biggest economy in the world by this stage. And so it’s really these three countries that come together and have interests.

So it wasn’t that the United States had it all its own way. It had to compromise. It had to recognize European interests. But we can essentially talk about this as a sort of Anglo-American hegemony in which Japan assisted. And they essentially then inflicted this agreement on the rest of the world who were profound losers.

FRIES: We are going to break and be back with Part 2. Please join us as we continue this series on IP linked to trade with Peter Drahos. Peter Drahos, thank you.