Patrick Cockburn, the author of The Jihadis Return: ISIS and The New Sunnis Uprising, says the rise of the Islamic State should compel us to question the effectiveness of torture and the War on Terror

Patrick Cockburn, the author of The Jihadis Return: ISIS and The New Sunnis Uprising, says the rise of the Islamic State should compel us to question the effectiveness of torture and the War on Terror 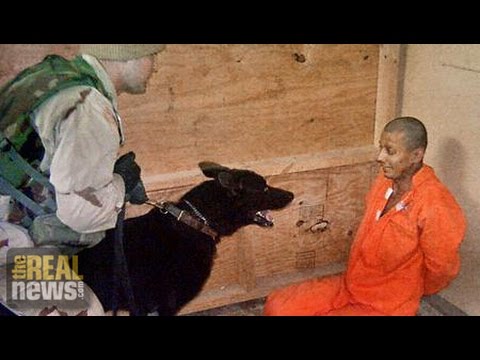 One justification for the extreme torture that the CIA conducted is that it elicited information, useful information, that it may have prevented other national security threats other than 9/11. But what evidence do we have that these tactics were effective?

To elaborate on this point we are joined by Patrick Cockburn. Patrick is the author of The Jihadis Return: ISIS and the New Sunni Uprising. He is also a correspondent for The Independent of London.

COCKBURN: Well, nothing much, according to Senator Dianne Feinstein.

And, I mean, there’s a broader issue here which isn’t being addressed, which is the torture and everything else the CIA did was meant to be part of the war on terror post-9/11, that all resources of the United States and its allies were being devoted to pursuing al-Qaeda and several other organizations.

Then, if we fast-forward to 2014, what have been the result of the war on terror? And we see that the Islamic State, which is pretty well exactly the–I mean, is a descendent of al-Qaeda, controls one-third of Iraq and one-third of Syria–it’s an area the size of Great Britain. So there has been a massive failure there, despite the massive resources used, despite rendition, of sending people to be tortured in third countries, torture by the CIA, vast sums of money, two wars fought, that the war on terror had very obviously failed so far. But somehow this focus, what happened in 2003, has masked this very evident failure, inability to accomplish the aims which the war on terror was aimed at doing.

PERIES: Right. And, Patrick, further, there is plenty of evidence historically–when the Soviet Union conducted these kinds of torture mechanisms, and other countries have conducted severe torture–that they haven’t actually elicited the kind of information that they have needed or its effectiveness. So one would think the biggest country with the largest military budget would know that these tactics weren’t really going to work. So, then, why did they do it?

COCKBURN: Good question. And also intelligence officers in particular should know there’s an obvious and simple truth about information obtained by torture, which is you don’t know if it’s true, because somebody who is under duress, is suffering extreme pain because of torture, will say anything to stop it. So–and he’ll say whatever he expects his torturers want him to say. So of course he’ll say, yes, al-Qaeda was linked to Saddam Hussein, he’ll say anything you want him to say. But it’s extremely dubious information.

But one of the many problems is that of course the torturers–and in this case, guys who were independent contractors, who were making a lot of money, have every incentive to say, no, this information is true, although it may be fairly obvious it is not. So it was really–it failed in its own terms.

Of course, also the other thing that people are being tortured also say is they incriminate lots of other people. When they’re asked who was involved with you in al-Qaeda, was it so-and-so, they are very likely to say yes, so more people will be incriminated and more people will be tortured. I mean, in the Soviet Union in the 1930s, during the great purges, somebody would be picked up, accused of being a foreign spy. They’ve be tortured. Then they’d incriminate all their neighbors, all their friends. They’d be tortured. They’d do the same thing with their friends and neighbors. So you have an ever-increasing population of people who’ve been denounced.

PERIES: Right. So, Patrick, back then, after 9/11, when the sympathies of the world were with the United States and perhaps these torture tactics were done, although they were illegal and it was violating the international convention on torture, the CIA and the administration may have thought that they could get away with it because no one would actually prosecute because of the situation that the United States was in.

Now, is there any indication now–you’ve been following this in the media–that any other country, say, Europe or any European country, prepared to bring about charges against the United States for violating their own as well as international laws?

COCKBURN: Well, it’s talked about it, and private prosecutions could be brought, and so forth. But at an official level, it probably won’t happen. I mean, a lot of these other countries were involved to a greater or lesser degree as well.

And one of the extraordinary things is they were handing people over to the Libyan intelligence services, to Gaddafi’s people, to be tortured. This was–within ten years they were denouncing Gaddafi as a torturer and tried to overthrow him. The same was true of Syria. The same was true of Egypt. The worst torturer was outsourced to these countries, to regimes who, a few years later, Washington and the Europeans, West Europeans, were denouncing. But they [incompr.] great cynicism, I think, to do that at the time.

And, of course, the information they got was again extremely dubious. You don’t know whether it’s true or false and you don’t know if those people who were incriminated have done anything. I mean, we do know that quite a number of those who are arrested because of false confessions extracted under torture were completely innocent.

So, I mean, another point about torture is that–and this seems to have taken place in the CIA program–was because people confessed to things under torture that they hadn’t admitted to freely before they were tortured, the torturers come to believe that what they admit first time round can be thrown away, that the only truth comes under torture. People who used to torture witches used to believe the same thing. So you had, as it turned out, according to the report, perfectly good information that had been given, if not voluntarily, at least from somebody who hadn’t been tortured and was true, was then just discarded because they’d come to believe only in false confessions, although these were untrue or at least wholly unreliable.

PERIES: Right. So there doesn’t seem to be any indication that those who tortured will be held accountable.

COCKBURN: I think it’s dubious because it’s the United States, the superpower. Also, so many others were, other countries were involved in rendition that often they’re still denying it, but it’s–there’s strong evidence that they were involved or there’s knowledge that they were involved. So I’d be surprised if people were prosecuted, although they must have–if you grab somebody and return them to Libya as a jihadi, there’s only one reason for doing that, which is to have them tortured.

PERIES: Right. Patrick, I thank you again for joining us.