Why Aren’t the 50% Living in Poverty Protesting in the Streets?

Paul Buchheit PT2: Poor Americans are angry but so far don't think there is much they can do about their situation except find some individual solution

Paul Buchheit PT2: Poor Americans are angry but so far don't think there is much they can do about their situation except find some individual solution 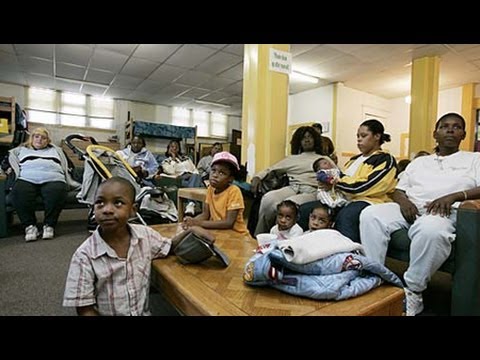 We’ve been talking to Paul Buchheit, who now joins us again from Chicago. Paul is a teacher at DePaul University in Chicago, and he’s founder/developer of the social justice site UsAgainstGreed.org.

Thanks for joining us again, Paul.

JAY: So we’ve been talking about this piece you wrote about perhaps as many as 50 percent of Americans live in poverty. But my question is first of all 50 percent of Americans living in poverty know they do. They didn’t need to read your piece to know it. And two, you know, these facts are kind of out there, the extent of inequality. Mainstream media reports on it, and as I say, more importantly, people experience it.

But people don’t–you know, when I say people, most people aren’t doing much about it. They’re not screaming blue murder. They’re not getting organized. They’re not demanding real change that would change the circumstances of living in poverty for 50 percent of Americans. They still vote more or less for the two major parties, and things don’t basically change. Why do you think that is?

BUCHHEIT: Well, first of all, let me say that that’s a great question. You know. It’s something that most people, including myself, haven’t really thought about. If things are this bad, why isn’t there more backlash? Why aren’t people complaining?

And I’ve looked into it somewhat, or basically I’ve learned from other writers about this. And first of all, up until the recession about five years ago, people were content. They were in debt, becoming deeply in debt, but they perhaps didn’t realize it as much as they do now, because they still had pretty good equity in their homes and they had manageable debt. But I think now, since the recession, that people are, that things are starting to change. There are a lot of grassroots efforts, there’s a lot of noise being made where people are rejecting what’s going on, first of all with the debt. I mean, well, of course, student debt. The average student has $25,000. The average 2013 graduate has more like $35,000 in debt. People are starting to realize that something is much more wrong than they originally thought.

JAY: But, Paul, this is sort of my point. I mean, people realize it. The people are in debt. They know they’re in debt. But look at Quebec with far, far less debt. I mean, you compare student tuitions in Quebec to what a lot of Americans are paying and student debt in Quebec to what American students have, I mean, it’s a silly comparison, ’cause Quebec students have nothing, no debt compared to what American students are getting themselves into. But you had hundreds of thousands of students in the streets of Quebec demanding free university education, protesting a government attempt to raise tuition.

And the same thing. Like, you talk about before ’08 people were kind of content. I mean, I guess some people were. I think the situation for a lot of people was already pretty bad. But you’re right. A lot of people had houses that don’t have houses now. So they’ve lost their main savings. They’re scared about their jobs.

But what is it in the sort of identity of people, the sort of feeling and who they are, that people kind of just go along with this? Again, I don’t say everybody. I know there’s pockets of people getting organized. But when you look at the numbers, it’s a tiny fragment.

BUCHHEIT: Well, yes. And, Paul, let me start by saying, first of all, again, I believe it’s starting to change, which is important. But to go back directly to your question, why are people, especially young people, why do they seem complacent or accepting of this, well, one of the [incompr.] amuse myself recently is to have a survey, try to get young people to respond to give me their opinions of companies like Apple and Google and Facebook. And the great majority of young people defend these companies. They say, yeah, they’re doing great things for me, giving me free service on the internet and all these things I can do.

And there’ve been a couple–some really good books coming out lately about how companies like this–it’s somewhat insidious. And I could be wrong, but it seems that these companies have done a masterful job, like Google, for example, of giving what appears to be free service to everybody, and open internet, open apps, to everybody, but in reality there’s a great redistribution of money going from Americans, especially young Americans, to these companies. Only a few people are benefiting.

And so my point is that young people don’t realize that they’re being taken advantage of.

And it goes also–it comes down to this American attitude. In other countries, like in Europe, they have a different approach to, like, copyright and so forth. The American sense of independence makes it really tough to have any kind of mutual agreement, where, for example, artists or people contributing to the internet or to the web, apps, music–.

JAY: But I’m talking about people who owned houses and now don’t have houses. People who had jobs, they don’t have jobs. I mean, we’re talking, you know, millions and millions of people who are in extraordinarily bad circumstances whose expectations–like, a lot of this issue of like we talked in the first segment about poverty and how poverty in America may not be anywhere near as bad as poverty in the rest of the, you know, Third World and such, but that’s what this is. It’s about expectations that grow historically. And people come to expect a college education for their kids. I mean, I know when I was a kid, ordinary working people expected to be able to afford a cottage, you know, to have–you know, never mind university and other sorts of things. People’s expectations have gone so low here that to lose your house and your job, it’s not enough to get you going.

BUCHHEIT: Well, again, I believe that a lot of it has to do with this sense of American independence, winner take all, you know, that that is perfectly normal for a few people in America–the lottery attitude. It’s normal for a few people to make big money, and they will be our cult heroes. You know, they’re the ones we should aspire to be. And we still have this mistaken belief, you know, since American economic mobility is one of the lowest in the developed world, we have this belief, I think, in America that, well, so things are bad. This is America, the land of opportunity. We–things’ll get better. We will make it. I really believe that Americans, as opposed to Canadians or Europeans, have this belief that it’s good for people to get filthy rich, and if I haven’t done it, well, it just means I have to work harder.

JAY: Well, let me say that the big protest movement was in Quebec. While that’s in Canada, that’s Quebec, ’cause I’m not sure the rest of Canada’s all that different than the United States when it comes to complacency about these kinds of things.

JAY: Well, at any rate, thanks very much, Paul.

So, anyway, this is a question I’m addressing to all our viewers. Why isn’t there more of a movement in the United States? Why are people who have lost their jobs, lost their houses–and millions of people have been living in chronic poverty for a long time, far before the 2008 crash, but the situation has involved so many more people now who thought they had a secure future and find they don’t. Why isn’t there more of a response? So I’m asking you out there. And anyone has a really good answer to this question, write me. And it’s just at contact (at) therealnews (dot) com. And anybody that has a good answer, we’re going to ask you if you’ll be interviewed, and we’ll have a discussion about this and other questions like it.