Phyllis Bennis: Excluding Iranian banks from the SWIFT system of interbank transfers helped cause a devaluation of Iranian currency and great hardship for ordinary people

Phyllis Bennis: Excluding Iranian banks from the SWIFT system of interbank transfers helped cause a devaluation of Iranian currency and great hardship for ordinary people 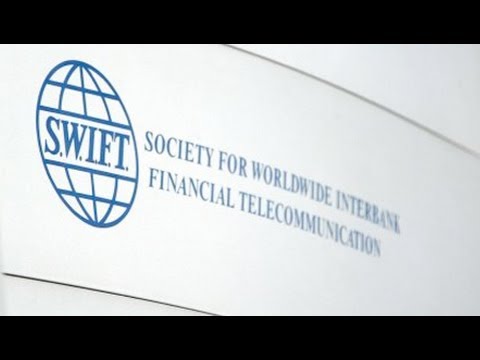 While a lot of attention has focused on Israeli threats to attack Iran, and more recently the idea that perhaps Benjamin Netanyahu would be satisfied with even tougher sanctions on Iran, this point has been kind of missed. Sanctions against Iran have been a form of economic warfare, without yet any evidence that there is in fact a nuclear weapons program in Iran.

Now joining us to talk about this and the economy and economic crisis in Iran is Phyllis Bennis. She’s a fellow and director of the New Internationalism Project at the Institute for Policy Studies in Washington and author, amongst many booksâ€”one of which is Understanding the U.S.-Iran Crisis: A Primer. Thanks for joining us, Phyllis.

PHYLLIS BENNIS, DIRECTOR, NEW INTERNATIONALISM PROJECT: Great to be with you, Paul.

JAY: So what’s happening in terms of this currency crisis in Iran? And is this connected to sanctions?

BENNIS: There’s no question that sanctions have had a devastating impact on the people of Iran. Whether it’s had a devastating impact on the government is a little less easy to see. But it’s like the situation that we’ve seen in so many places, where the U.S. imposes sanctions in the name of forcing a government to do a certain thing, forcing people to (they hope) turn against the government.

In this case, people have just been outraged at the collapse of the currency. The Iranian rial has dropped 40Â percent in the last week. That’s huge. Imagine if $1.00 suddenly was worth only $0.60, and prices don’t adjust, salaries don’t adjust, people can’t import crucial medicines. It is starting to have a really kind of life-and-death role for people in Iran.

And what’s happened in the last couple of days has been a wild opposition level in the street, starting with moneychangers, who were saying, wait a minute, the government is not allowing us to change money, trying to rein in the exchange of rials for dollars so that they could keep some amount of foreign currency available for the government. But, of course, the government’s interests do notâ€”like in any countryâ€”necessarily match the interests of people.

So there was an immediate response in the street. There was rioting in central Tehran, in the areas around the banks and the moneychangers. A bunch of moneychangers were arrested. The police came in with tear gas.

I don’t think that’s necessarily going to last. This doesn’t look like a major attack on the government by the population. But there is a recognition that the massive impact of sanctions is being made worse by government policies that are not putting all of the available resources into what will provide basic support for the population.

JAY: And do we know what sparked the rapid decline of the currency?

BENNIS: Well, the sanctions that have been imposed by the U.S. and the European Union have led to a massive attack on the banking system. Iran in the last few months has been excluded from what’s known as the SWIFT system. That’s the systemâ€”if anybody’s ever gotten a wire transfer, you know that you have to provide your bank’s SWIFT code. So the SWIFT system, it turns out, is not actually like a UN-run or a international system. It’s run by a corporation based in Brussels. It’s a small private operation. And at the request of the U.S. and some other European governments, this corporation just excluded Iran from the SWIFT method of exchanging between banks. So it means if you try to, for example, wire money from a bank in, I don’t know, London to a bank in Tehran, you can’t do it, because the bank in Tehran is no longer having access to the SWIFT system. It’s an extraordinarily efficient way of cutting off a country’s access to the international banking system.

JAY: And many big commercial transactions are based on wire transfers.

BENNIS: Absolutely. And without that, you don’t have any capacity inside Iran to exchange money, to buy goods, to buy medicine. So when the U.S. State Department says, well, we’re making a humanitarian exception and it will not be illegal for Iran to, for example, buy medicine from the United States or from Europe, that’s all well and good. But as long as it’s excluded from the SWIFT program, that exclusion doesn’t mean anythingâ€”they still can’t do it. So the impact is huge on the people of Iran.

JAY: Now, in the past I’ve interviewed Iranian activists that say these kinds of sanctions, far from weakening the government and strengthening the protest movement, actually have an opposite effect: it kind of creates a nationalist fervor and gives the regime a kind of rationale for more crackdown on opposition. But is that what’s happening now?

BENNIS: Well, I think that in the longer term that’s absolutely what continues to happen. I think right now we’re seeing a kind of immediate lashing out in the street of ordinary people, and particularly the moneychangers, who are facing a government crackdown designed to keep the dollars in Iranian banks and not allow people to exchange their rials for dollars. That would further drive down the value of the rial. So at the moment, I think there is a backlash against the government, but I don’t see this as something that’s going to be a strategic, longer-termâ€”having a strategic, longer-term impact on the government. I think that that broader sense that these kinds of sanctions gain support for the government, rather than losing them, is still absolutely true.

JAY: Well, defenders of the Obama administration I suppose would argue that Obama and leaders of the Pentagon have pushed back the hawks in Israel from any kind of attack, and these type of sanctions are preferable and, they argue, necessary.

BENNIS: Well, and this is based on the idea that we’re going to allow Israel to determine our foreign policy. If you agree that the only way to pacify Israel and pacifying Israel is your only goal, stronger sanctions are the way you’re going to want to go.

But if you’re prepared to say, Israel is an ally, they can do what they want, but as long as we’re paying them $31Â billion over ten years, $4.1Â billion just this year alone, and as long as we’re continuing to protect them in the United Nations, we’ve got a big means of bringing pressure to bear on Israel. Until the U.S. is prepared to say, you know that money we give you every year without any strings attached, we’re not doing that anymore, and you know how we protect you in the UN so no matter what resolutions are put on the table or what resolutions are even passed, you never are actually held accountable, we’re not going to do that anymore either, then we’d see a real shift in the Israeli policies.

As long as the only relationship to Israel is to ask, how high do you want us to jump, the only option will be sanctions. Sanctions are an act of war. And we are going to pay (and we are indeed already paying in public opinion throughout the region) a very high price for those sanctions. The Iranian people are paying an even higher price.

JAY: Thanks for joining us, Phyllis.

DISCLAIMER: Please note that transcripts for The Real News Network are typed from a recording of the program. TRNN cannot guarantee their complete accuracy..