Peter Arno and Jeanette Wicks-Lim, co-authors of 'Overlooked but Not Forgotten: Social Security Lifts Millions More Children Out of Poverty', say it's not just the elderly who benefit from this social safety net

Peter Arno and Jeanette Wicks-Lim, co-authors of 'Overlooked but Not Forgotten: Social Security Lifts Millions More Children Out of Poverty', say it's not just the elderly who benefit from this social safety net 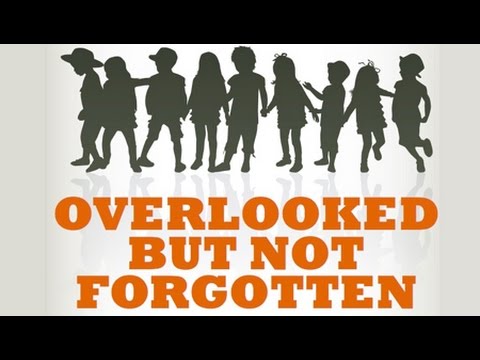 Most discussions around Social Security involve the elderly and how the safety net program has been most effective at keeping seniors out of poverty. But would you be surprised to learn that children also benefit tremendously from Social Security?

Our next guests have published a report on these exact findings, and the report is titled Overlooked but Not Forgotten: Social Security Lifts Millions More Children Out of Poverty. And we’re joined today with two of the lead authors of that report.

Dr. Peter Arno. He is an economist and senior fellow and director of health policy research at the Political Economy Research Institute at the University of Massachusetts at Amherst. He’s also a senior fellow at the National Academy of Social Insurance.

Also joining us is Dr. Jeanette Wicks-Lim. She’s an assistant professor at the Political Economy Research Institute, also in Amherst, and she is the author of the recent article “It Pays to Be White: Assessing How White People Benefit from Race-based Economic Inequality”.

DR. JEANNETTE WICKS-LIM: Thanks for having us.

ARNO: This study was sponsored and funded through the Center for Global Policy Solutions and [the Annie E. Casey Foundation].

The official statistics from the Social Security Administration has the number of children under the age of 18 who directly benefit from Social Security at about 3.2 million children, a number which has been relatively stable over the last decade or so. However, in our study we looked at the number of children who not only benefited directly but also lived in families that receive Social Security benefits. And when those children are counted, that adds another 3.2 million children, totaling about 6.4 million, which represents about 9 percent of all children under the age of 18 in the United States.

BROWN: And part of that number that you mentioned is because more people are living intergenerationally in American households these days.

BROWN: So, Dr. Wicks-Lim, what did you find the impact of Social Security on child poverty rates has been?

What we found is that overall, in these families with children that receive Social Security benefits the poverty rates rose about 17 percentage points. So we’re talking about between about 26 percent up to 43 percent. So there was a dramatic rise–there would be a dramatic rise in the percent of children who are poor amongst families that receive Social Security if they did not receive those benefits.

And in terms of overall numbers, just to get a better sense of the magnitude of that change, you’re talking about over 1 million children that you would be adding to our poverty count if they did not receive those Social Security benefits.

BROWN: And, Doctor, is there a difference of how these effects play out across racial and ethnic groups?

BROWN: Dr. Arno, looking at the recent data did you see large growth in the numbers of children dependent on Social Security as poverty rates have risen?

ARNO: There was definitely an increase with the Great Recession in the last few years. But this increase in the number of children receiving benefits and having a poverty reduction impact really goes beyond the recessionary period we just have come through, and it really characterizes the period throughout the last ten years or so.

I don’t know. Jeanette, did you want to add to that?

WICKS-LIM: I would just underscore that. This is a long-term trend. It does seem to be a combination of–well, it seems to reflect what Dr. Arno was saying earlier was that there is a rise in multigenerational households. And it seems like there are a couple of things that are driving that trend.

One is that we have a demographic trend that means that more of our population makes up the elderly population. So we have a larger share of grandparents and elderly folks, and this increases the number of multigenerational households.

But we also know that over the past, I mean, even four decades–this is, you know, talking about long-term trends–that we just have stagnated, that household incomes have stagnated. We know that since the Great Recession, that people aren’t employed at the same rates as they used to be. So there are definitely economic trends that are probably putting pressures on households to combine.

BROWN: So, definitively, from your report it’s obvious Social Security lifts children out of poverty, all according to your research. But what would you say to those who say we simply don’t have the money to expand or even maintain the program at current levels?

ARNO: First of all, Social Security’s not going bankrupt, nor will it ever. It currently has a surplus of $2.8 trillion. And according to the Social Security actuaries, there are funds available to pay 100 percent of benefits to all beneficiaries until the year 2034. At that point, if nothing whatsoever is done–which is extremely unlikely–approximately 80 percent of benefits would be paid thereafter.

So there are a number of options to shore up Social Security’s long-term finance liabilities that do not entail cutting benefits and in fact should lead and could lead to increasing these benefits. The most sensible approach would be to raise or eliminate what’s called the salary cap on Social Security taxes. Currently the main source of Social Security income comes from the payroll tax on every wage earner’s paycheck. It’s about–it’s 6.2 percent for employees and the same amount for employers. But there is a cap on the salaries that are taxed, which is currently, this year, $118,500. Any wage income that’s above that cap is not taxed for Social Security. So, while the cap covers 94 percent of American wage earners, the 6 percent of wage earners earning above the cap, they leave off the table over $1 trillion of untaxed wages, which would go a long way to shoring up Social Security’s financing. And there’s ample historical precedent for removing the cap. This was done in the Medicare program in the 1990s to improve their financing.

One final point. The Social Security tax as it stands today is only on wages, but we know that the wealthiest Americans derive the majority of their income not from wages but from capital income, such as capital gains and dividends. These two have also begun to be taxed in the Medicare program. And why not for Social Security? So, I mean, this is just one possible, very probable avenue that will be pushed for. It’s in the Democratic platform. The candidates have spoken about it. There’s bills before Congress to do this. And it’s something that would go a long way to shoring up the finances and allowing benefits to be expanded.

BROWN: It’s a fascinating report to read. We’ve been speaking with Dr. Jeanette Wicks-Lim and Dr. Peter Arno. They’re authors of the study titled Overlooked but Not Forgotten: Social Security Lifts Millions More Children Out Of Poverty. It’s from the Political Economy Research Institute at the University of Massachusetts at Amherst. You can find a link to this report right here on this page. Just look underneath the video.

Thank you both so much for speaking with us about your findings.

WICKS-LIM: Thanks for having us.

Dr. Peter Arno is an economist and Senior Fellow and Director of Health Policy Research at the Political Economy Research Institute at the University of Massachusetts-Amherst and a Senior Fellow at the National Academy of Social Insurance.

Germany’s Exit from Coal by 2038 Is a Major Transition